As Beth Dutton likes to say, “You are the trailer park. I am the tornado.”

She is the resident badass at the heart of Taylor Sheridan’s “Yellowstone.” Her anger is controlled and deliberate; so is her calculating mind. She can kiss her father goodbye and financially destroy a company or ruin someone’s life. She’s a warrior in designer pumps. But I’m gonna say it: “Yellowstone” may have a Beth Dutton problem.

Beth’s been through a lot. She’s been beaten, threatened with sexual assault, blown up, and thanks to her half-brother Jamie (Wes Bentley) underwent forced sterilization as a teenager. Her IDGAF attitude is refreshing; in a television landscape where women are often viewed as “likable” or “unlikable,” Beth lives and breathes for herself, her father John (Kevin Costner), and her husband Rip (Cole Hauser). Everyone else can go to hell.

However, Beth the antihero also looks like the ultimate creation of a female character written purely from a man’s perspective, an ultraviolent variation on what Gillian Flynn’s “Gone Girl” sneeringly called the “Cool Girl.” This week’s episode marked the sixth time Christina Alexandra Voros directed an episode of the series; she’s the only woman director so far, and no women have writing credits. All characters have been written by men.

Sheridan writes her less as a badass woman and more of his conception of what a badass woman should be. Case in point: most of her “heart-to-heart” talks with her dad about his sex life or hers, which might be an interesting exploration of how men talk to their sons vs. their daughters but here just play as uncomfortable. Or jokingly (?) telling a female store clerk who disrespected Monica that if the clerk didn’t apologize Beth would make her perform a live sex act on a mannequin.

Some fans seem to see the same thing I do. While there are Beth Dutton fan groups and hashtags and calls to embrace your own “inner Beth Dutton,” others don’t see her unrelenting anger as shorthand for “strong woman.” The character (not actress Kelly Reilly, who remains adored) now looks  “weak,” “way over the top,” and “toxic af.”

Here’s what I see as the source of Beth unease: The series acknowledges her trauma, but the storytelling doesn’t show much interest in addressing it. In the season’s fourth episode, Beth discovered Jamie’s secret love child. The moment might have been a lead-in to examine Beth’s anger, regret, and abuse: She was robbed of her chance to have kids, her mother resented her, and Beth blames herself for her death. There’s a lot going on, but the story gave us only Jamie’s apology and her dad’s acknowledgment. That’s it?!

Sheridan could take on criticisms that Beth is a “she for he” character. He could write her to be less his conception of a woman and just… as a character. Explore the issues she’s faced; hell, you could even couch them against the show’s other trauma lightning rod, sister-in-law Monica Dutton (Kelsey Asbille). These women are two halves of the same coin; use it! 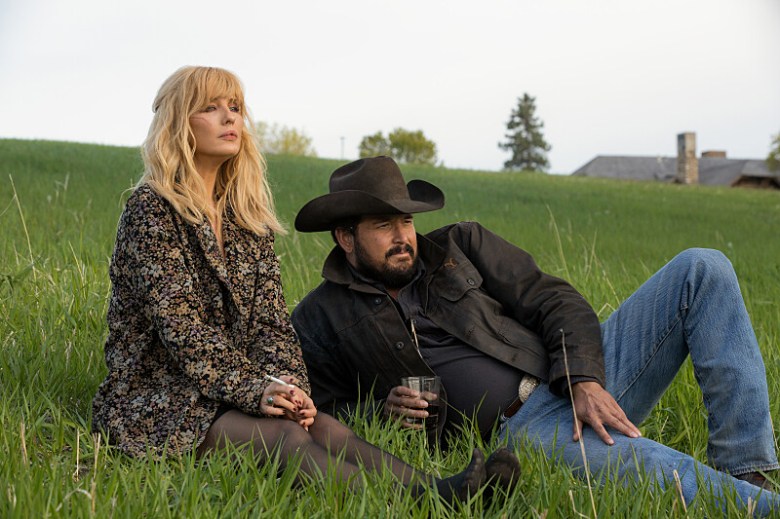 But Beth doesn’t have any women friends, which could be another reason that the character feels like a drag. It’s Beth against the world facing the same ish, different day, and little opportunity to grow. She remains the angry, difficult, bitchy woman we’ve seen for the last five seasons — what does Beth look like not angry? I don’t know and it’s not clear if Sheridan does, either. If the script tried to find a way for Beth to find some happiness (if only to take it away!), that could be a great story. Maybe it’s with Rip; maybe it’s in Salt Lake, where Beth lived when the series began.

It might also be worth pairing Beth up with her ward, Carter (Finn Little), whom she brought home last season after his father’s death. It looked like Beth’s opportunity to be maternal, but Carter seems to be stuck in the offscreen bunkhouse. How can she know if she even wants to be a mother if she’s never tried it with the child she brought home?

Beth Dutton remains a complicated and essential element of “Yellowstone.” It shouldn’t take a lot to get audiences back on her side.