WINTERWATCH star Megan McCubbin was left red-faced last night as she struggled to blow up a balloon during a hilarious live demo.

Chris Packham's stepdaughter has joined him in the line-up of the BBC show's presenters and the pair are often seen taking on complicated demonstrations to show how animals survive against all odds. 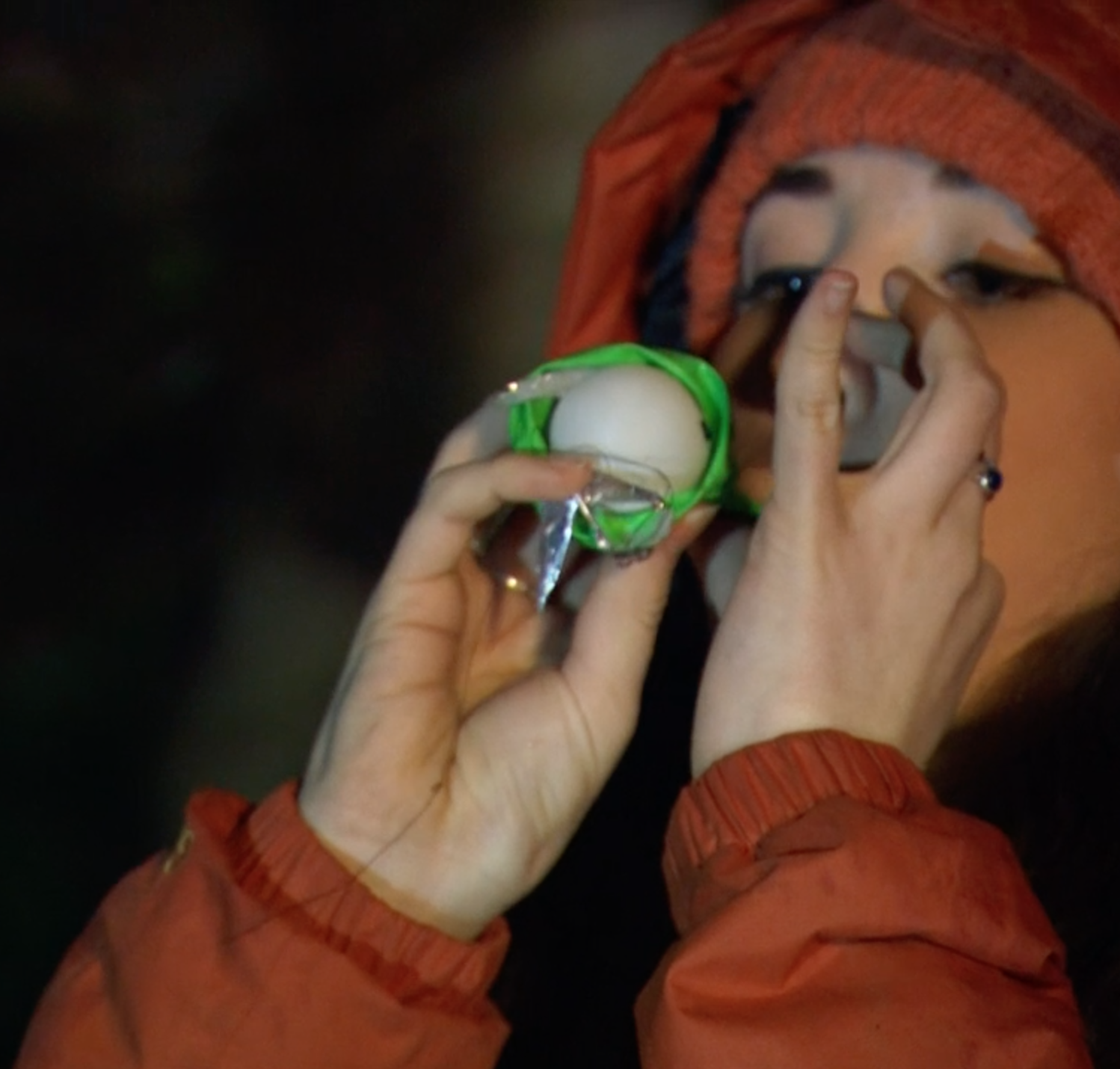 And last night viewers saw Megan diving into a lake filled with moon jellyfish and showing off their translucent bells.

But to show exactly how they release their nasty sting she used a visual aid – and unfortunately her demo didn't quite go to plan.

She gave a detailed explanation of the structure of the jellyfish’s tentacles before taking a balloon and a ping pong ball out of her pocket. 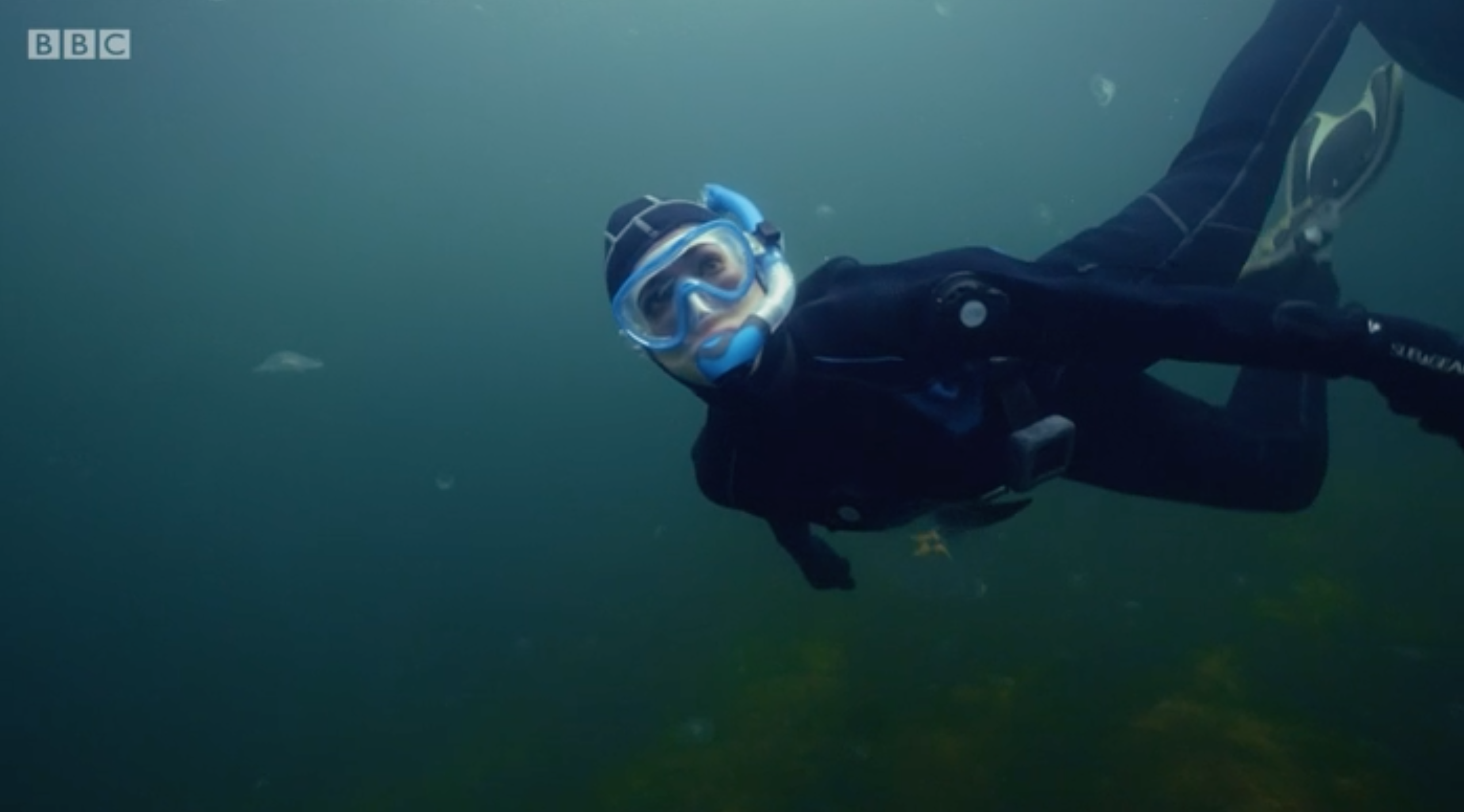 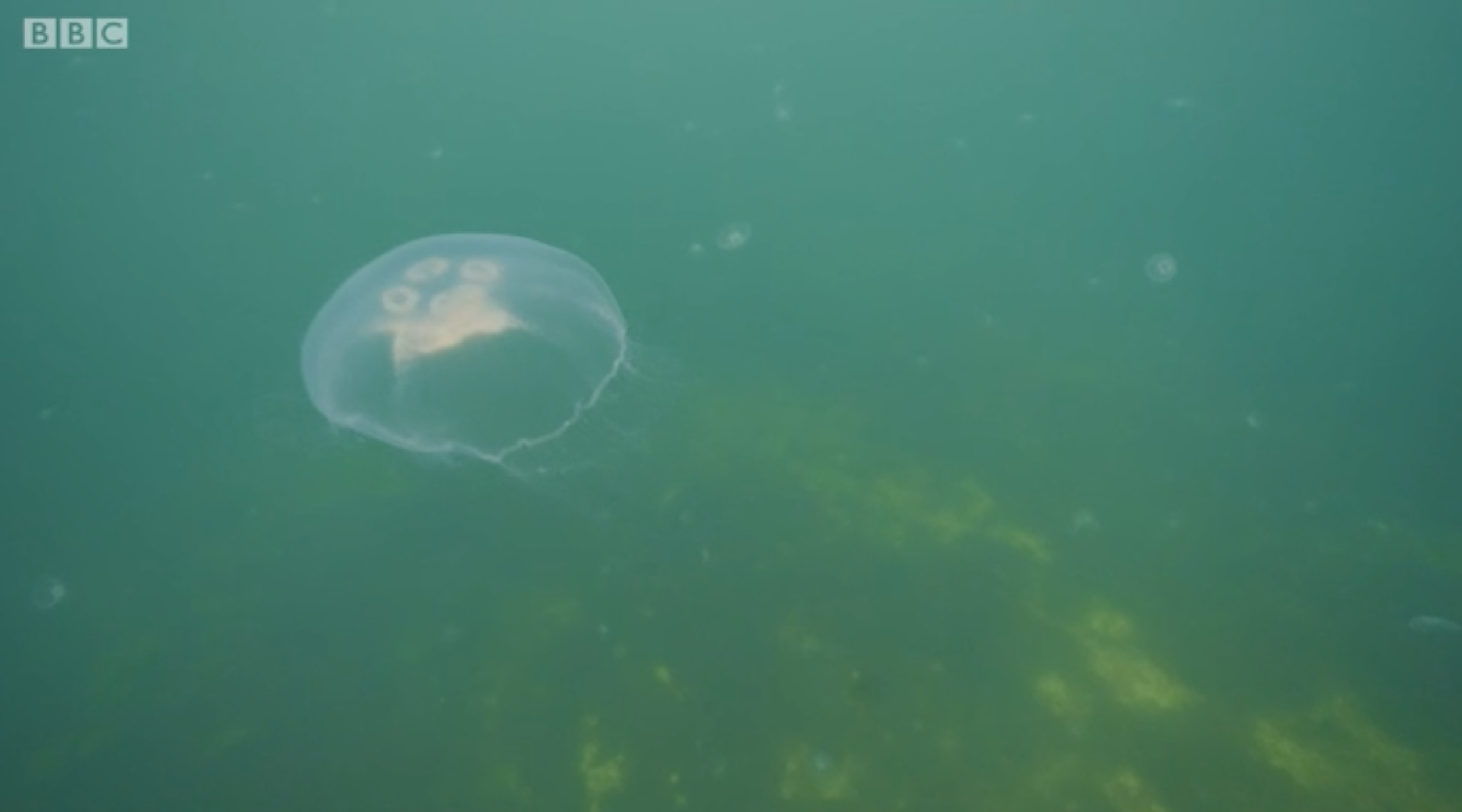 Carrying on her demo in the rainy New Forest she said: “The balloon represents this hollow tubular the tentacles have, these are the barbs and what I have to do is wrap the barbs around the stinging cell.

Megan's fingers slipped and she couldn’t clutch the objects that had been drenched in the rain. 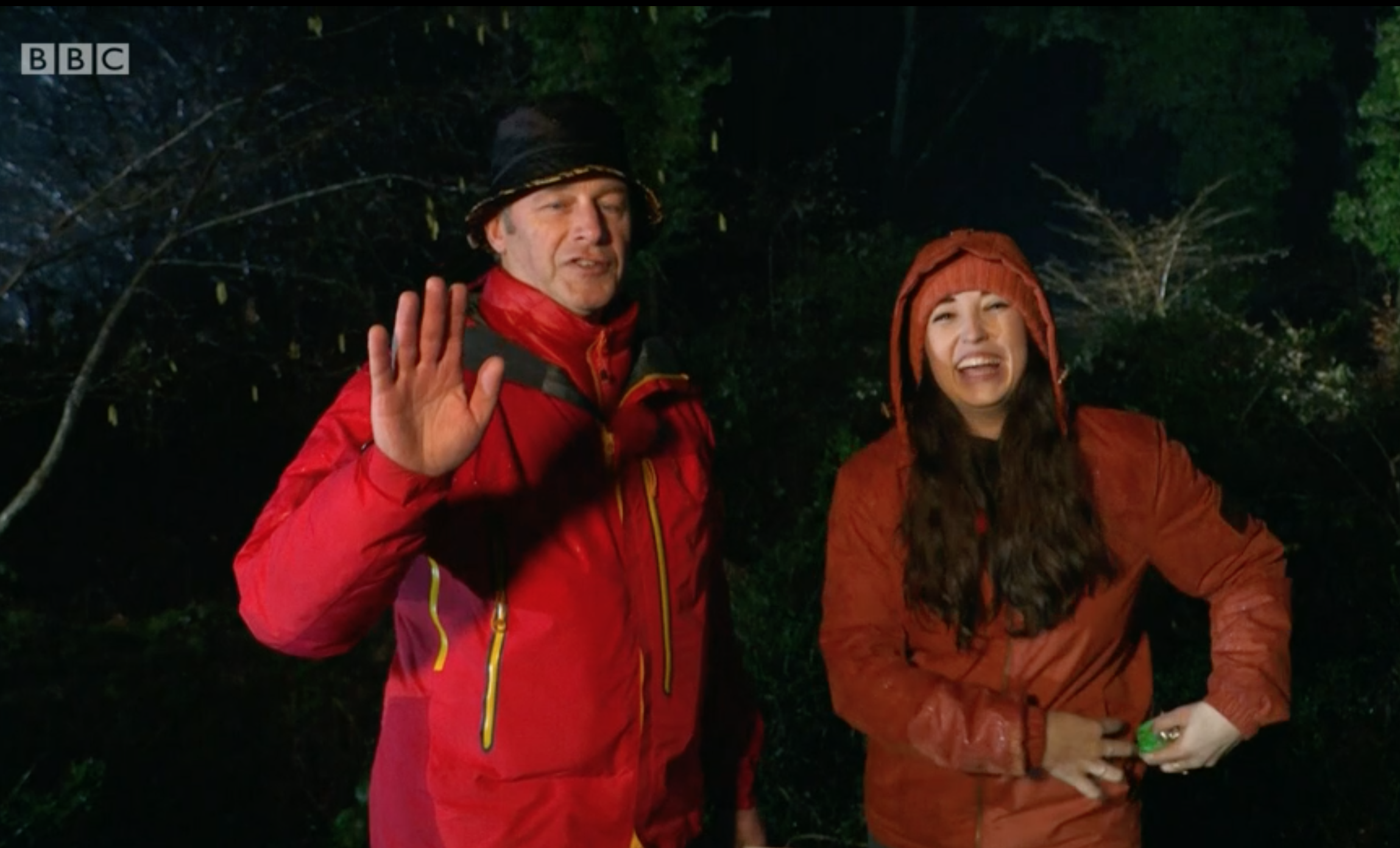 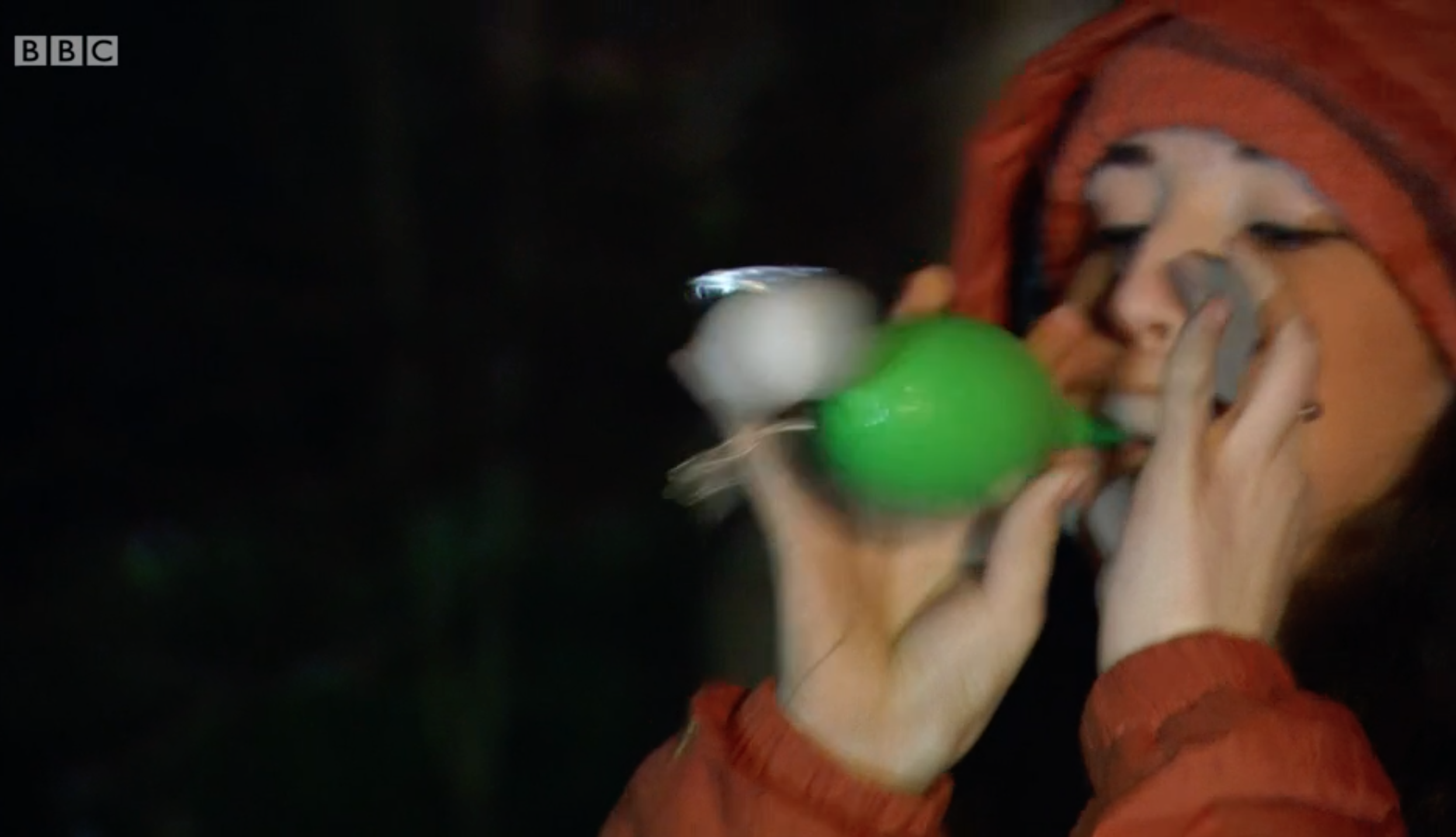 “It’s a bit of a struggle but it’s worth the wait… I can do the balloon,” she insisted as she tried to blow up the balloon.

But the balloon failed to inflate, leading to Megan having a another stab at it.

Chris said: “Come on, you can do it! You can muster the breath. You’ve been talking all day, I’ve heard nothing but hot air."

Megan finally managed to blow up the balloon and the ping pong ball shot forwards.

She said: “So there we go, my stinging cell is set-up and what happens when the hydrostatic pressure changes in the tentacle, it propels itself forward like this.” 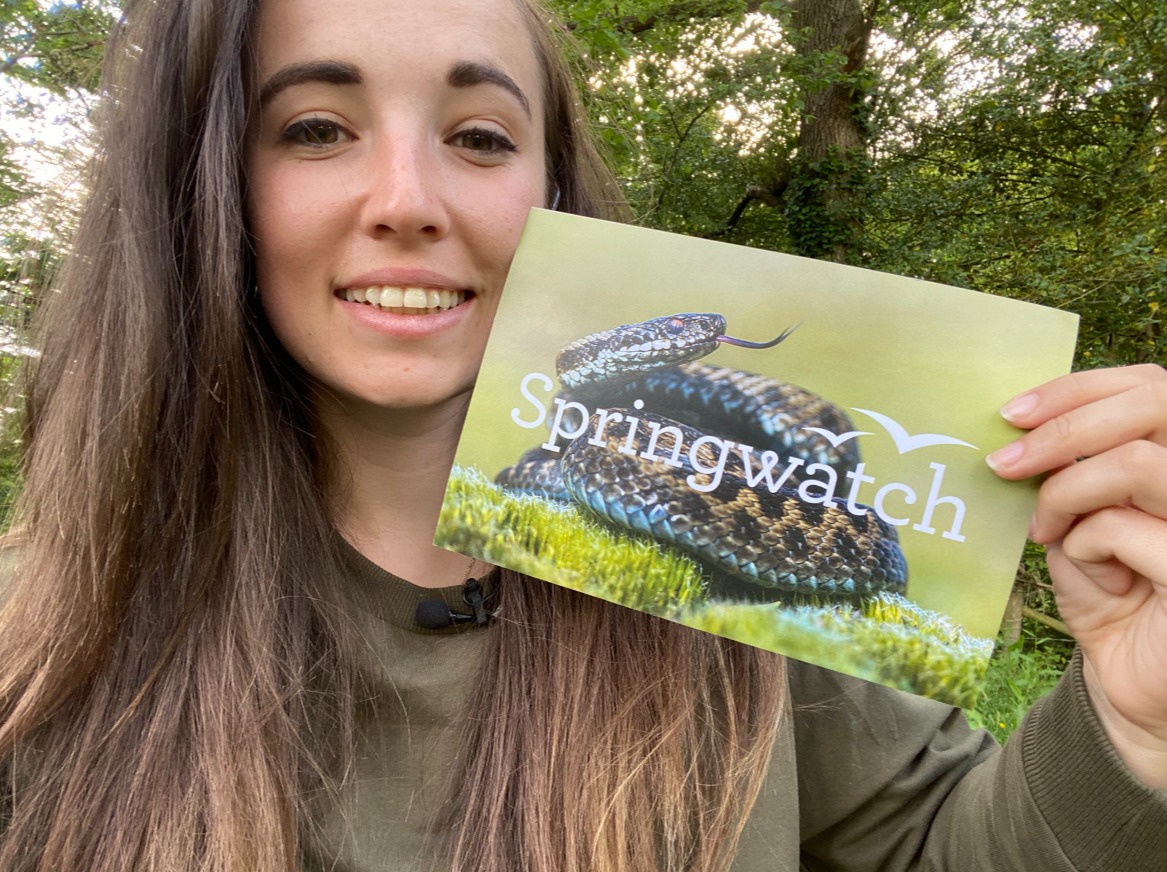 “Just like that,” Chris noted, with Megan telling viewers: “That is one of the best demonstrations you’ve ever seen.”

They pair donned animal masks to show how a fox catches a mouse using the earth's magnetic field.

Some viewers got his joke straight away when he said he had "picked up the masks in a car park the other night".