WINTERWATCH'S Chris Packham was brutally shut down by his step-daughter Megan McCubbin after he made a very crude toilet joke.

During last night's episode of the BBC Two show, the presenting duo got chatting about a new experiment they set up to try and see how wild mice hunt down food. 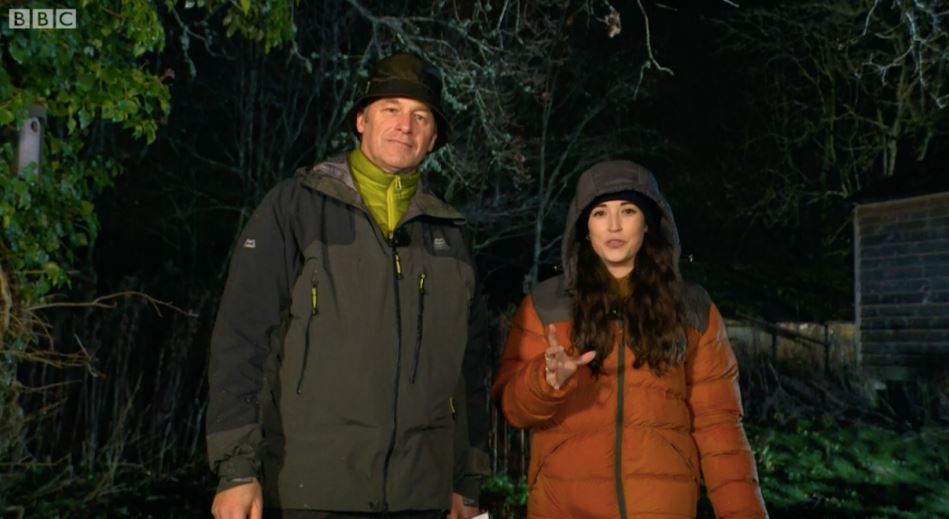 But Megan was left unimpressed with her stepdad's oversharing about his toilet habits during the segment.

Chris reminded fans that they had set up cameras in the barn last year to test how clever a group of mice actually are.

He joked that one mouse emulated the classic Indiana Jones movie as it snuck under a door and used its tail to flip a hat out of its way.

And this winter one of the mice has reenacted a blockbuster scene once again. 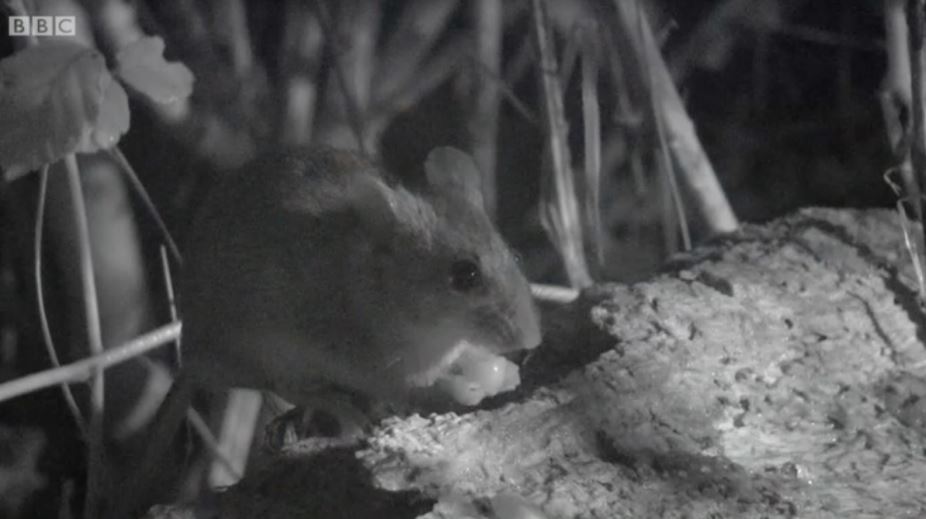 This time around they put cameras up to encourage the animals to explore a tube by putting nuts in it.

Chris told viewers: "Here you see a wood mouse coming in, finds the nut and of course does what it always does, takes it back out to cash it.

"They've been exploring this for a number of days, building up their confidence as they need to do…

"But I have to tell you, this mouse is about to emulate another classic film… I wonder what it could be given that there is a U-bend here? Where do we typically find a U-Bend in our houses? 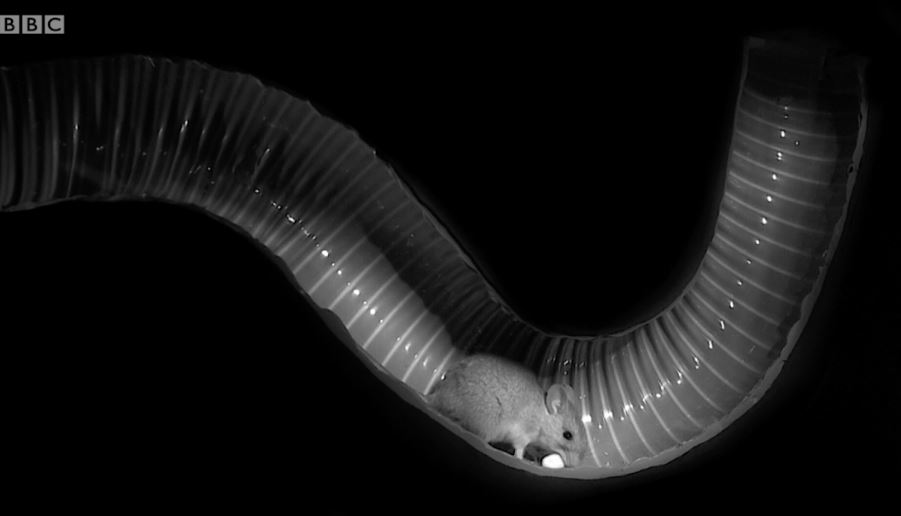 "Well behind the toilet."

Megan giggled: "That's the last place you'd expect it to end up!"

Chris joked: "You know what I'm going to say, this is what you pay your licence fee for! Yes. A wood mouse emulating Train Spotting only on Winterwatch folks!"

Megan went on to explain that the mouse was using its nose and whiskers to sniff out the "nice buffet of peanuts" that they left out for it to nibble on. 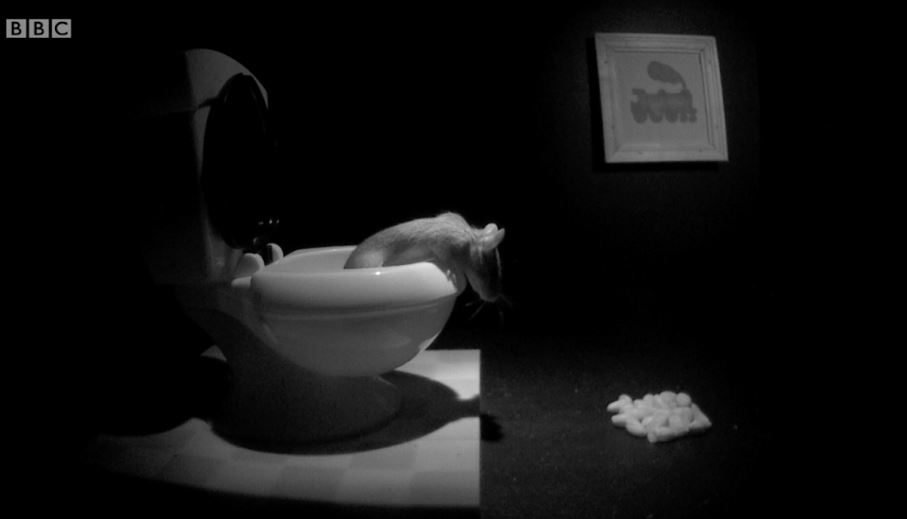 However the mouse couldn't see anything due to the barn being in pitch black, but it could smell the tasty treats.

As the mouse contemplated what to do Megan explained: "It kind of has a look, it goes back down, it comes up, it has a look again."

Chris continued: "It's quite reluctant to leave the toilet seat isn't it? I've had that problem over the years when I used to eat sea food. Let's not get into it…"

Megan quickly shut her step-dad down and said: "Alright, no let's not." 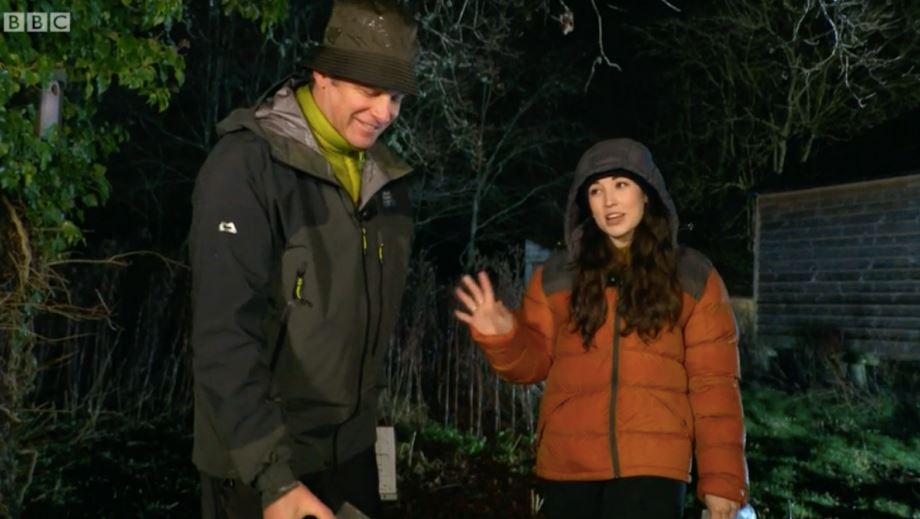 The animals quickly realised what to do to get the nuts and they ended up with some pretty happy and full up mice at the end of it.

Although Megan didn't find her stepdad's comments particuarly funny, many viewers did.

One wrote on Twitter: "Enjoying #Winterwatch this evening. The mouse and the toilet You're on fire tonight, @ChrisGPackham."

Another said: "Chris Packham is without doubt one of the most natural, fascinating and interesting wildlife presenters on TV. #Winterwatch#bbcwinterwatch#[email protected]"

A third added: "thoroughly enjoying this year's #Winterwatch I absolutely love Chris and Megans segments. They are a joy to watch."

Megan's embarrassment comes just a day after she was left red-faced as she struggled to blow up balloon during botched live demo.

Catch the next episode of Winterwatch tonight on BBC Two at 8.00pm.