Former I’m a Celebrity Get Me Out of Here winner Harry, 74, will be making a special cameo stint on the BBC soap EastEnders, which will be aired during the summer. But apparently, he failed to tell his football star son Jamie, who confessed during their new show Redknapp’s Big Night Out Harry only unveiled the secret to him as he set off to film.

“There was a naughty little character coming to the square this week – well for anybody that hasn’t read about it, dad is in EastEnders.”

He turned to Harry and asked “What was your inspiration, was it De Niro, Pacino?” 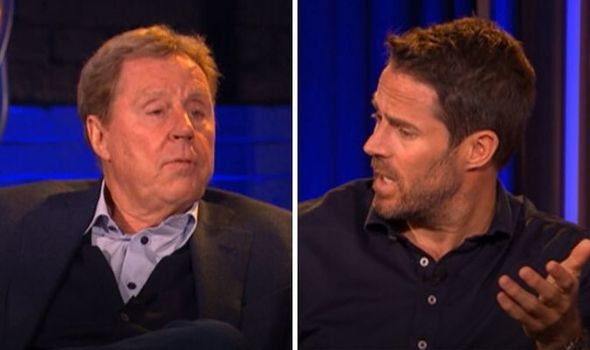 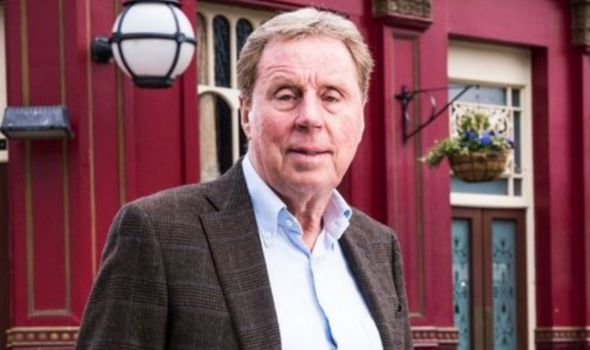 Harry said: “Look, the real plan was that me and mum would take over the Vic when Danny retires.”

“Were you planning it yourself?” Jamie asked his dad. “Yes,” Harry responded.

“I just walked in and said ‘give us a pint please.'” And Danny commented: “Incredible.”

James admitted he had no idea his dad was lined up for an appearance in the soap, and let him know he was disappointed to have been kept out of the loop. 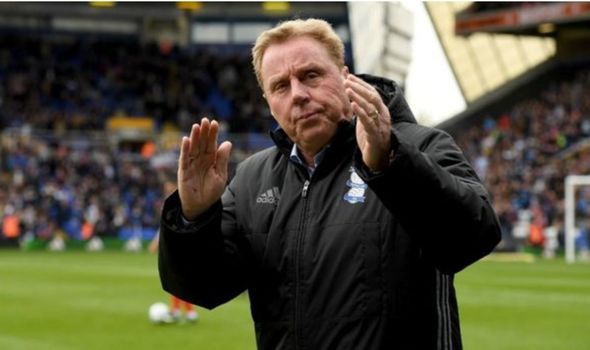 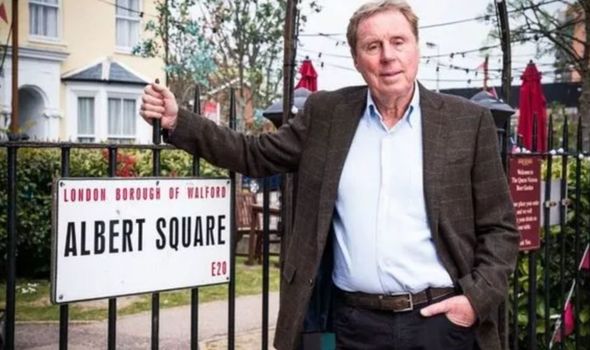 “The best thing was Danny, we were filming last week,” he said. “And I said ‘Dad you going home after?’

“I went ‘Why have you not told me that?'” It comes as the chat show hosted by the father and son due continues, and sees them talking to celebrity guests about various topics.

Earlier this week, it was reported that Harry had filmed scenes for EastEnders, but he certainly seems to have kept it under wraps.

The former West Ham manager will be a guest on the show to coincide with the European Championships.

As a fan of the show, Harry will be making a brief cameo, but it hasn’t yet been confirmed how big a role he will take in the episode.

Pictures show Harry standing on the iconic square outside the Queen Vic pub and next to a sign reading ‘Albert Square.’

He is likely to have filmed scenes alongside Danny, whose character is a big West Ham fan and bound to be fond of the ex-manager.

Commenting on the cameo appearance, Harry told The Sun: “It’s no secret that I’ve wanted to be in EastEnders so I’m over the moon to be making a special cameo this summer.

“With a nod to the Euros, it’s a lovely fit and as a proper East Londoner, it’s been so much fun.”

Fans were also excited by the news, with one taking to Twitter to say: “The world has finally got its wish. Harry Redknapp in EastEnders.”

Another asked: “With Harry Redknapp making a cameo appearance in Eastenders during the summer which ex-Premier League Managers should be in other soaps?”

“Will be interesting to see Harry Redknapp make his appearance on EastEnders!” Another fan said.

Redknapp’s Big Night Out continues tonight at 10pm on Sky One and TV streaming service NOW.