LOVE Island fans were treated to a night full of romantic gestures and sweet scenarios when episode 42 aired on ITV2.

However, the contestant were dealt a shocking blow, as it was revealed one couple would be booted off the show and the decision lied with their fellow cast members. Here is how it all played out. 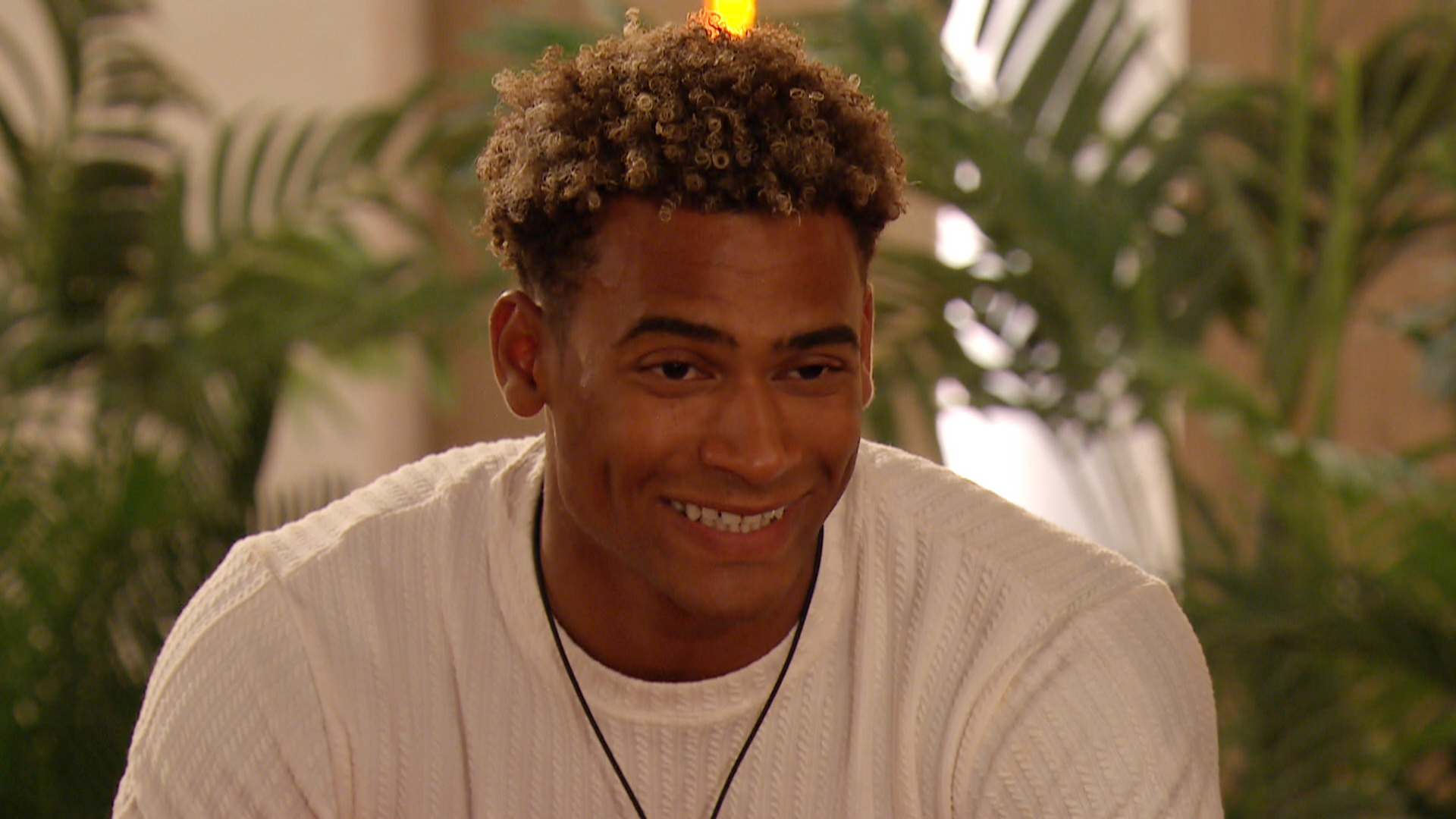 Jordan Hames contemplated taking his relationship with Anna Vakili to the next level and called on the boys of the villa for advice.

At the sun deck, the model asked them if he should put a label on it, with him saying: “I want the boys’ opinion. I want to ask Anna to be my chick! I want to make a gesture now and it’ll be special and something we can remember.”

Unsurprisingly, the guys encouraged him to pop the question and he decided to take Anna on a trip down memory lane, revisiting the spots they have made memories.

When it actually came to asking the pharmacist to be his girlfriend, the Mancunian escorted her to the swing seat. 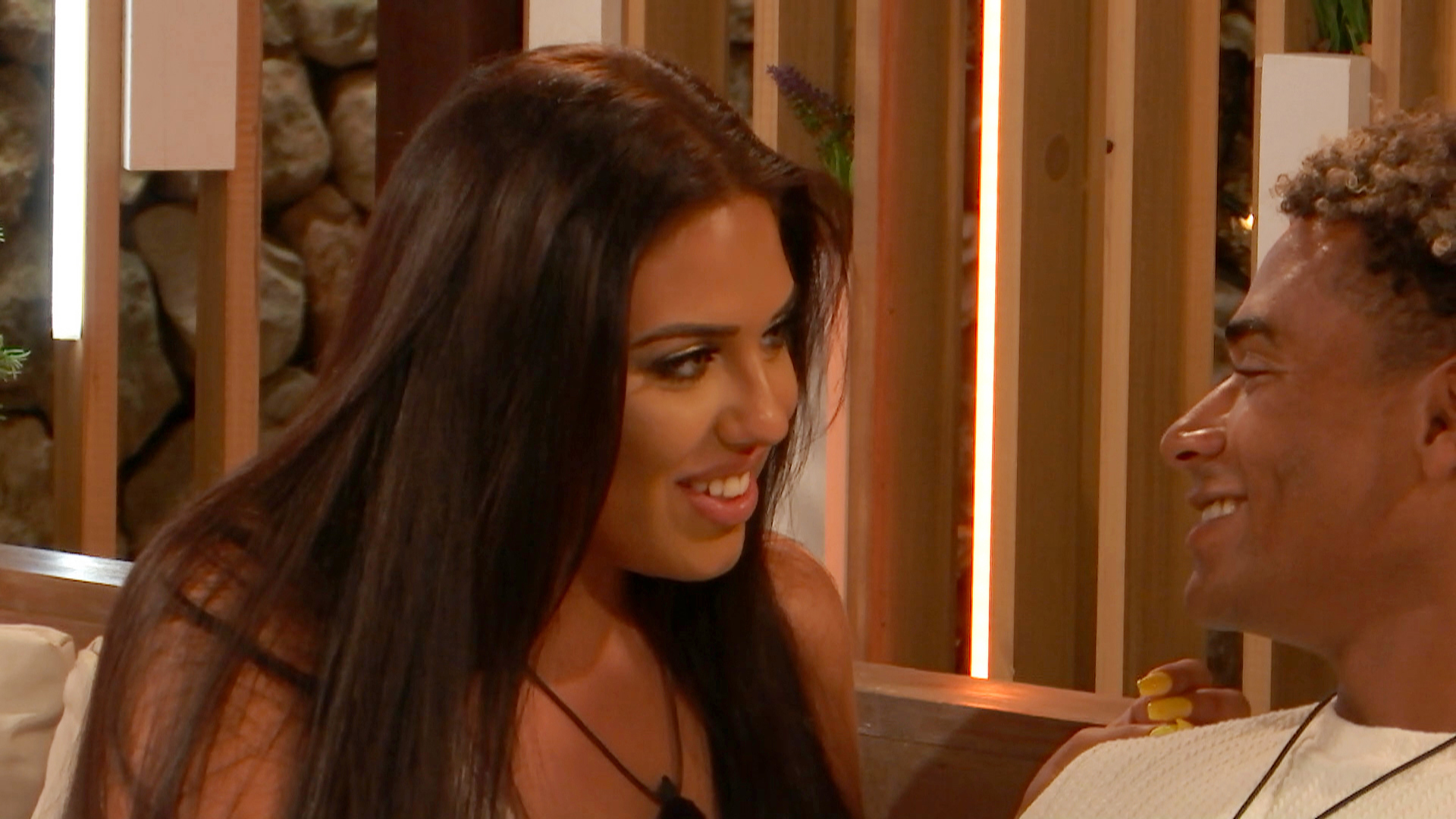 As they sat alone Jordan made his move and revealed to her:  “I’ve never trusted anyone as much as I’ve trusted you. I am amazed by you. I feel like I’m falling for you.”

Then, he added: “I wanted to ask you to be my girlfriend.”

But he was not the only man laying their cards on the table, as Greg O’Shea planted one on Amber Gill when they were in bed together.

After a little nudge from her friends, the Irishman told the Newcastle lass he has been dying to kiss her but wanted to do it away from prying eyes.

Turning to the beauty therapist, the professional rugby player began: “I’ve been wanting to do this.”

Seemingly puzzled Amber, asked: “What?” to which Greg retorted: “I just want to do it in private.”

The pair then shared a cheeky smooch under the sheets but will their first kiss be their last? 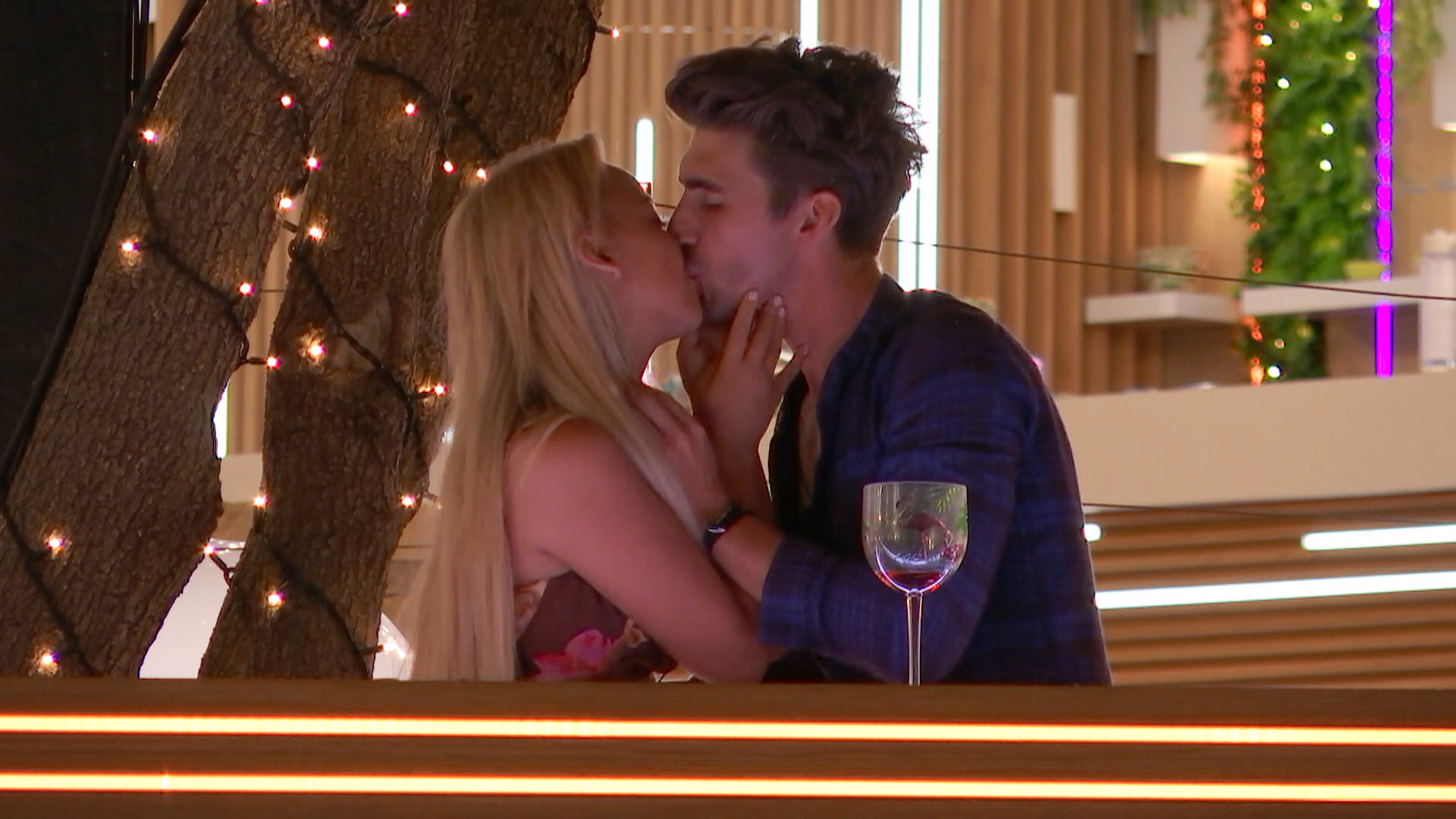 First kisses were all the range this episode, as funny man Chris Taylor also enjoyed a little make-out session of his own with Harley Brash.

Following the latest recoupling, they have been getting closer, with the business development manager even commenting on his connection with the stunning blonde.

He told the estate agent: “You’re actually a lot of things that I look for in a girl. You’re very funny but we can have serious chats.

“I feel like normally I can’t [have serious chats] but with you, I can. I think there is more levels to find.”

Continuing, he added: “I’m not very good at telling people I fancy them. But I am pretty good at showing them. Are you a spontaneous person?”

The Leicester native then moved in for the kiss and as they locked lips their fellow Islanders roared with excitement upon seeing them.

Also, in the episode Curtis Pritchard and Maura Higgins enjoyed their first date since becoming a couple. 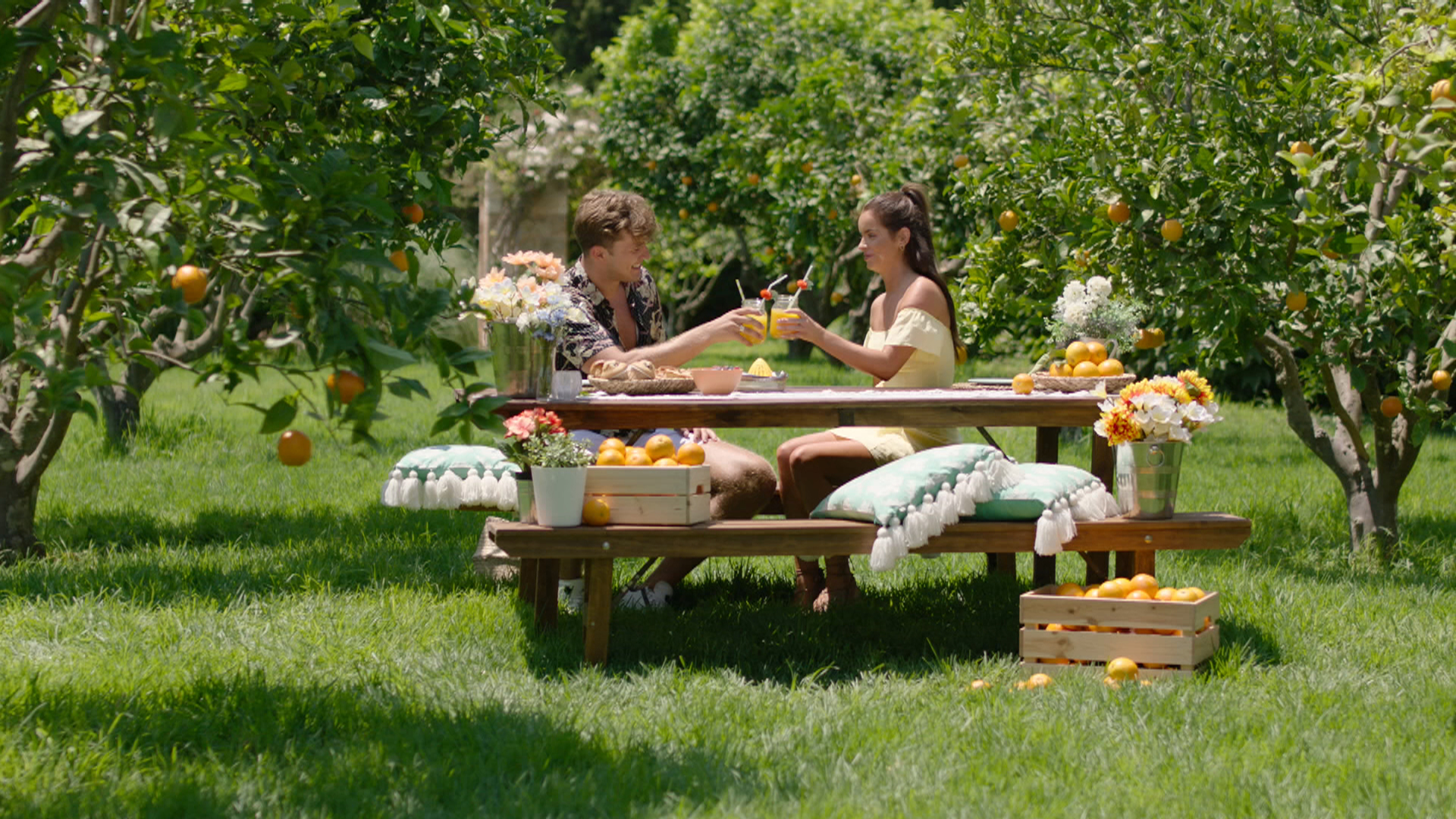 As the Islanders relaxed in the garden, Curtis received a text, which read: “Curtis and Maura. It’s time for your first date. Please get ready to leave the villa. #getfruity #squeezetheday.”

Speaking in the Beach Hut ahead of their date, he enthused: “I don’t even care what it is. I just want to spend some time with Maura alone and just have some fun! I’m actually buzzing.”

At the end of the show, it was revealed to the Islanders the public had been voting for their favourite couple.

Belle Hassan, the daughter of actor Tamer Hassan, received a text ordering the contestants to gather around the fire pit.

At the fire pit, it was revealed how the three couples with the fewest votes were at risk of being dumped from the Island.

When all three couples were revealed the safe pairs were asked to save one of the three partners. 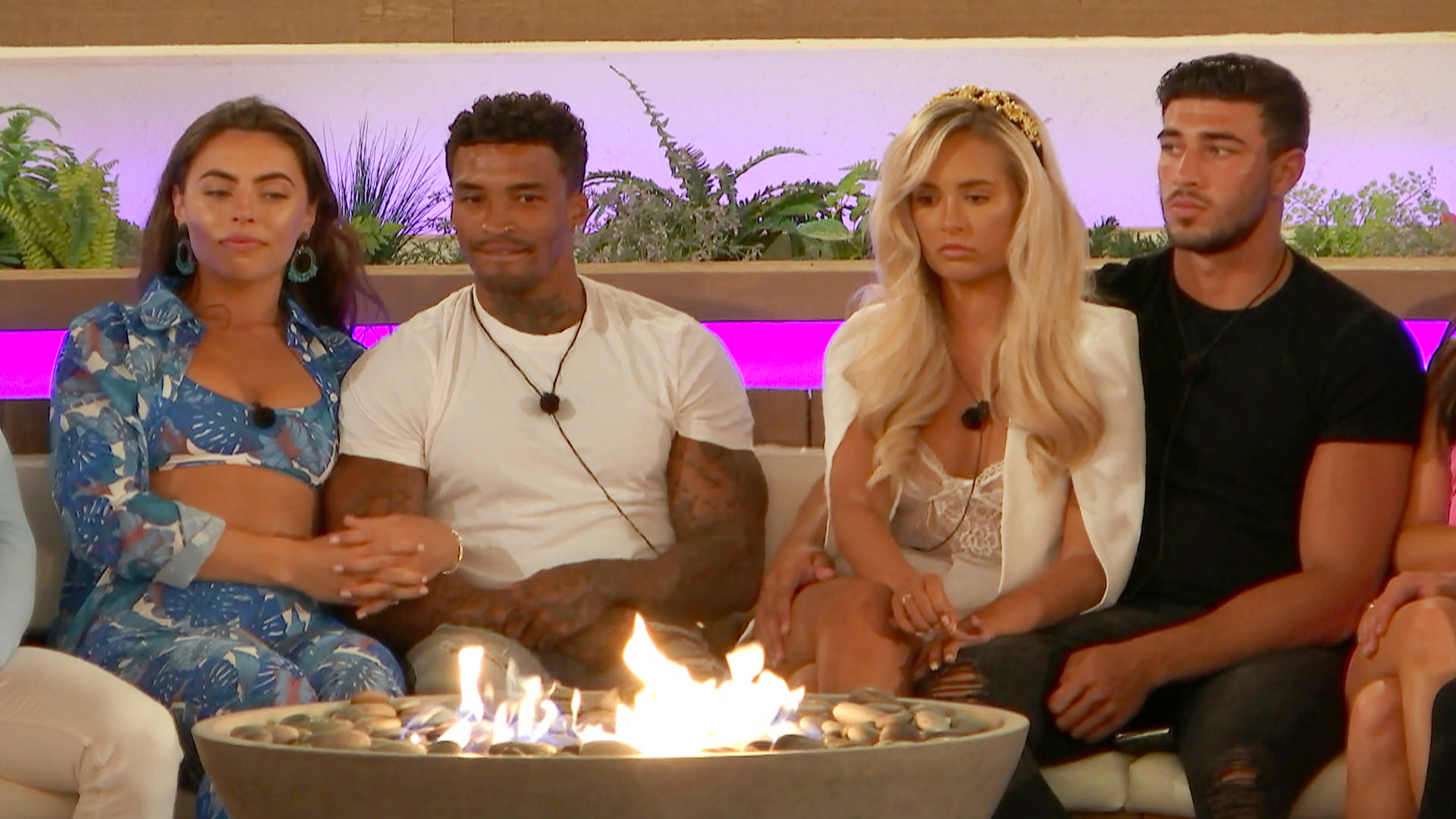 Michael and Francesca Allen were dumped from the Island, as they received the fewest votes from their fellow Islanders.

On leaving the show, the fireman said: It’s been the most amazing experience of my life. I’ve made tremendous friends who I would now consider family.”

Although, he lost out to Greg, he had nothing but nice things to say about him, with him adding: “Any conversation I’ve had with him has been really sweet and he has been so respectful about the situation.”

Meanwhile, Francesca offered: “I learnt so much about myself in there and it was a massive life lesson for me. I made great memories and great friends in a short amount of time. It was a very positive experience.”

What days in the week is Love Island on ITV2?

You can get your fix of the show every night on ITV2 at 9pm where the main programme, hilariously narrated by Iain Stirling, gives you the lowdown on all the goings-on in the villa – from couples cracking on to singletons getting mugged off.

Saturday night's show differs from the rest of the week, as it is a round-up of all the best bits from the villa that week – and maybe some unseen footage.

If that’s not enough, you can also watch Caroline Flack's spin off show Aftersun on Sunday nights at 10pm after the main show has aired, where she discusses the latest action with celebrity guests, as well as those eliminated from the villa.​