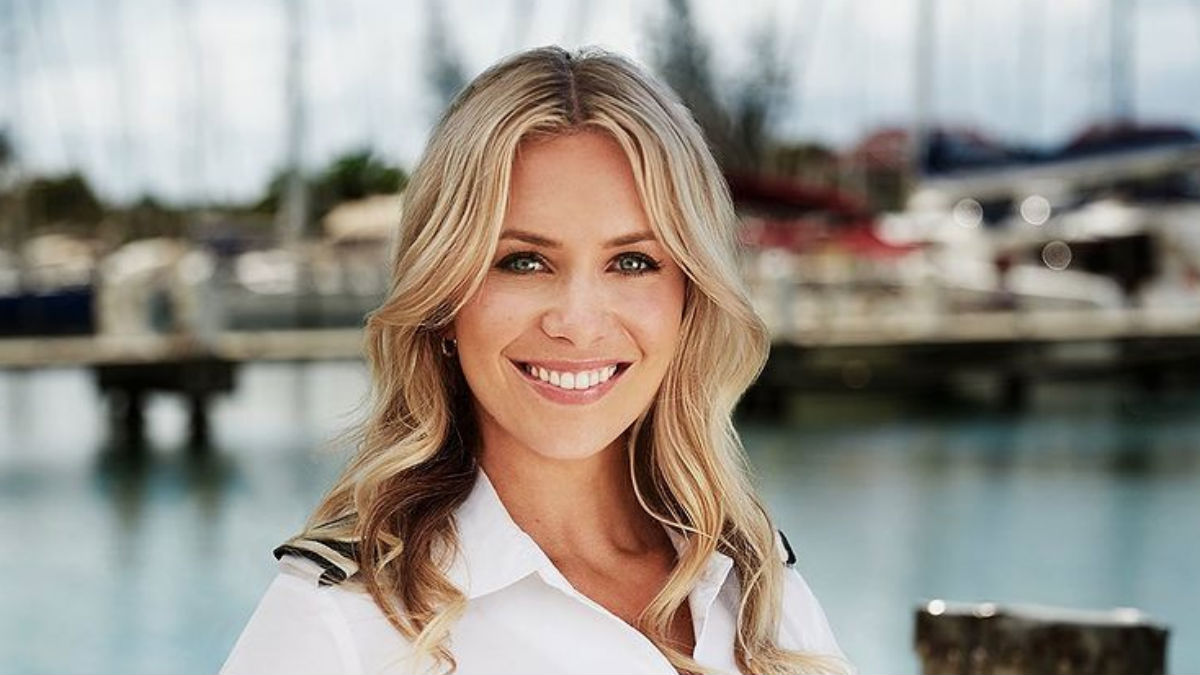 Ashling Lorger from Below Deck Season 8 was exhausted from traveling over a day to join the My Sienna crew and be part of the Bravo show.

When deckhand Avery Russell had to leave unexpectedly, stew Izzy Wouters wasted no time letting Captain Lee Rosbach know she wanted to leave the interior. Izzy was struggling to get along with chief stew Francesca Rubi. She felt her talents could be utilized better on the deck.

After an impromptu interview with bosun Eddie Lucas, Izzy was granted her wish. She became the newest member of the deck team, leaving a hole in the stew department.

Enter Ashling, who has made quite the impression with her good lucks and bubbly personality. Deckhand James Hough hit on her the second she boarded the yacht.

Who is the new stew Ashling?

The blonde beauty is a fellow Australian native, just like Francesca.

Viewers watched Ashling break down in her first episode due to exhaustion from traveling 30 hours from her home country to join Below Deck.

Ashling has only been in the yachting world for a year. According to her Bravo bio, Ashling used to be a hairdresser. She found success at a young age, even opening up her own salon.

It was a lot for Ashling to take in all at once. She began to feel tied down and overwhelmed, so Ashling decided to make a change.

Thanks to a friend in yachting, Ashling realized it was the perfect career for her. One year later, Ashling does not regret her decision.

Although she is green, Ashling also happens to be extremely driven, which has made her stand out in the industry.

Like so many crew members on Below Deck, Ashling also likes to work hard and play hard. However, unlike James, who thinks working on My Sienna means he is on holiday, Ashling has an extraordinary work ethic. Captain Lee even commented on it during her premiere episode.

Ashling is a beauty. Her good looks and personality often find Ashling the object of male affection. She doesn’t mind the attention, but Ashling has no interest in pursuing a boatmance.

Fans watched how quickly she shut down James. Of course, Below Deck is reality TV, so Ashling may have a change of heart regarding a romance or casual fling with the English deckhand.

New stew Ashling Lorger has already made quite an impression on Below Deck, and her stint on the show is just getting started.

Below Deck airs Mondays at 9/8c on Bravo.

'Vikings': What Fans Really Think About What Happened to Floki

‘Spider-Man: Far From Home’ VFX Were Influenced by ‘Into the Spider-Verse’ and ‘Looney Tunes’