Hmm, how should I put this? If Chuck E. Cheese and all of Alice in Wonderland had a baby in a mirror funhouse, the offspring would be The Masked Singer. Sound chaotic? BECAUSE IT IS. As host Nick Cannon said, it is 100 trillion million bajillion percent “the most insane spectacle in TV history.” And to that we say, biiig facts.

Important side note: It’s wild to me that the costumes are alarmingly outrageous and then the names of them be like, “Beach Ball.” “Cupcake.” LOL, it is abundantly clear where every ounce of creative time and effort went. Speaking of costumes though, it’s about that time to speculate on who is taking the stage as the Bull. Let us dive in! 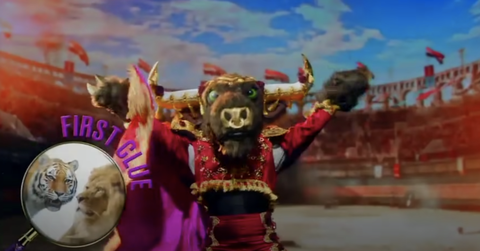 OK, let’s get into it! There’s at least three different set of hints about the Bull that have been dropped. For starters, the (above) image of a lion and tiger from the preview episode. Like what, so cryptic. Next came the first lengthy teaser with waaay more details that actually dropped yesterday on The Masked Singer Instagram. Take a look:

Now that we got all our clues together, let us dissect! A few things that immediately stand out:

But then, there’s also this clip of the Bull saying their destiny is to be “the greatest of all time,” and how they became their own boss to the point of Hollywood and even Forbes taking notice.

We’ll be beefing up this section as the show carries on, but until then, here are speculations on who the good folks of the internet believe the Bull to be! 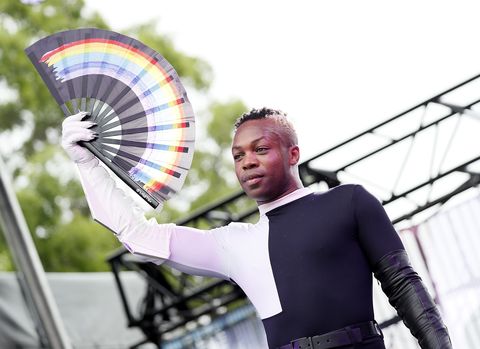 The comment section was blowing up with guesses of this seasoned entertainer, and TBH I get it. Let me explain: In the video for one of his more recent bops “Nails, Hair, Hips, Heels,” Todrick is werking gold stiletto nails. Remember the color of the Bull’s hooves? Yup. Todrick also has hazely-green eyes. Just sayin’.

Need more compelling evidence? Well, in Todrick’s 2016 film “Straight Outta Oz,” which is a remake of The Wizard of Oz through the lens of Todrick’s life story, one of the scenes features Tamar Braxton singing about a mother’s protective love for her son. The song title? “Lions and Tigers and Bears.”

OK, and last thing: The hair pick? That’s such an unapologetic Black move, which Todrick’s work is known for. Let us never forget Todrick’s ratchet rendition of Beauty and the Beast and the HOLD it had on us in the 2010s.

The only catch to all this though is that Todrick is supposed to be starting an international tour in December, with the first location in Australia. So it would make more sense that he’s prepping for that instead of wearing a Bull costume a few times a week for the world to see, right? But who’s to say! 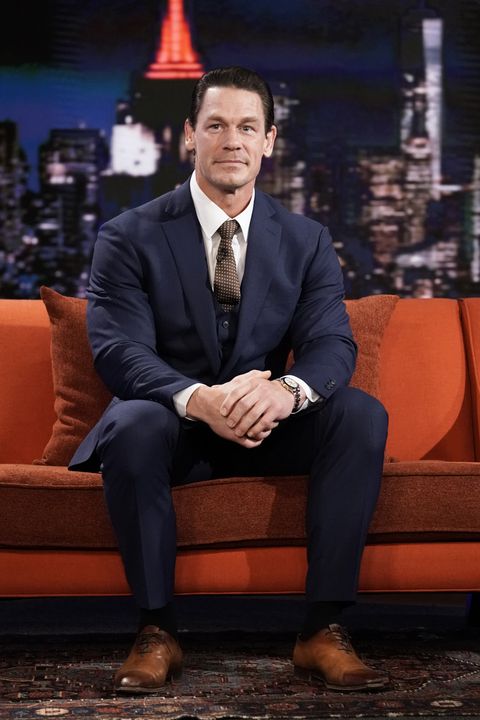 You know how muscley men are sometimes referred to as “meaty” or “beefy”? John Cena definitely fits that description, and that’s one of the only reasons I could see this being a logical explanation. Good Housekeeping pointed this one out, and one of the only reasons this makes sense is because of that “beefy” line in the clue promo below. It does feel like an expected play on the whole “Bull” thing though. Buuut John did make the transition from WWE stardom to traditional Hollywood entertainment, so maybe it’s not far off. 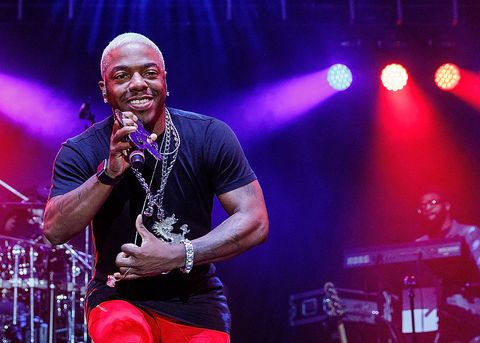 Between the slightly raspy yet sultry voice, and the lil late ’90s two-step move towards the end of the Bull’s first performance, I get what made judge Robin Thicke call this one out. The performance was so top-tier, and he’s not wrong for saying Sisqo would definitely be someone who could “put that performance down.” Only time will tell though!

The Masked Singer continues its two-night premiere this evening at 8 p.m. ET on FOX!