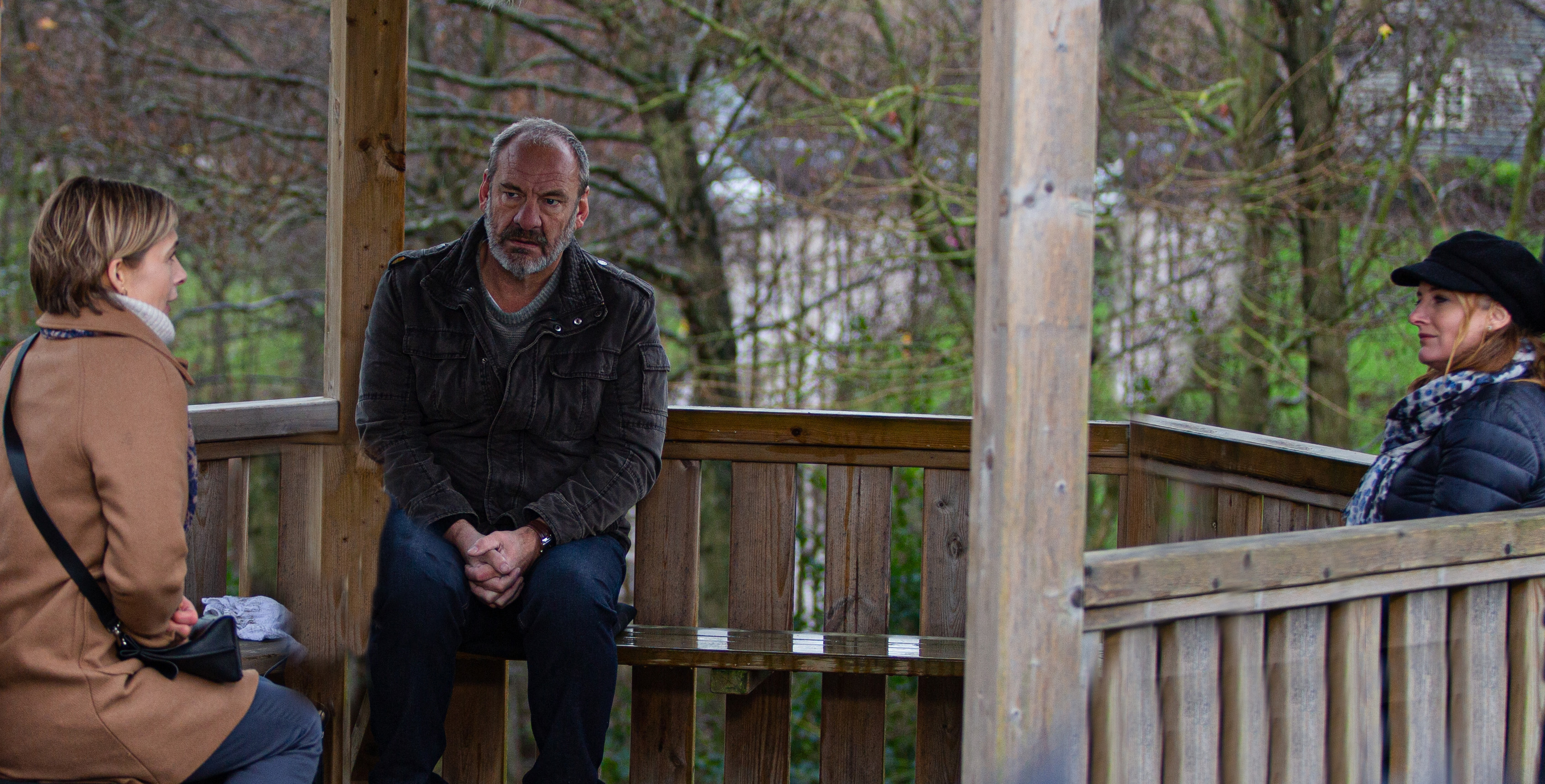 But what does the returnee want? And will her comeback bring with it big drama for Jimmy and Nicola (Nicola Wheeler)? Here’s all you need to know about Juliette and her history on the soap:

When did Juliette first feature on Emmerdale?

The character was at the centre of a 2014 plotline that saw Juliette involved in a muddle at a local fertility clinic that left her impregnated with Jimmy’s sperm rather than that of her agreed donor.

After turning up subsequently in the village with the intention of getting Jimmy to waive rights to their unborn baby, Juliette ended up giving birth at Mill Cottage.

The newborn was named Carl (though Juliette was ignorant of the significance of this to the Kings) and Jimmy was initially given permission to have contact with the baby.

But a complication soon arose in the form of estranged husband Greg, whose reconciliation with Juliette resulted in Jimmy being denied access.

An impulsive Nicola then temporarily absconded with Carl, but ultimately returned the lad to his mother – with Jimmy managing to convince Juliette not to take the matter to the police.

Events then took a surprising turn in late 2015 when Greg exited the family home again, leaving Juliette at a loss as to how she could care for Carl. Jimmy then agreed to care for the youngster.

When was Juliette last seen?

Juliette originally made her exit in scenes shown on 1 February 2016 when she visited Victoria Cottage, made an offer of cash to the Kings and granted Jimmy parental responsibility for Carl.

So why is she back?

It’ll soon transpire that Juliette would like to see Carl again, but the Kings will veto this plan, only to then be left startled when she makes a shock admission.

The storyline then looks set to take a fresh twist when Carl is kidnapped – but is Juliette the one behind the shock abduction?

Where have you seen actress Amelia Curtis before?

The Stockholm-born star has a range of TV credits on her CV, including a recent stint on Coronation Street playing the prosecution barrister at the trial of Yasmeen Metcalfe.

Prior to her appearance on Corrie, Curtis had regular roles on The Royal (as nurse Catherine Deane), Love Soup (as Fae Maddison), the second series of The Syndicate (as Natalie) and Lovejoy (playing Ian McShane’s screen daughter Vicki).

She is married to the actor Vincent Regan, best known for his roles in the likes of 300, Troy and Clash of the Titans.