LOVE Island 2019 is upon us but one year and the new line-up looks insane – but what happened to last year's cast?

From Dani Dyer and Megan Barton Hanson, to Jack Fincham, Laura Anderson and Wes Nelson, here is what they've been doing over the last year.

The 23-year-old won the ITV2 show after finding love with Jack Fincham on last year's show.

However, the couple had an on/off relationship after they left the villa, and split for good in April 2019.

Dani has since rekindled her romance with former flame Sammy Kimmence.

EastEnders actor Danny Dyer's daughter's career has gone from strength to strength, she has collaborated with InTheStyle on a string of collections, starred in a panto with her dad, and released her own tell-all book. 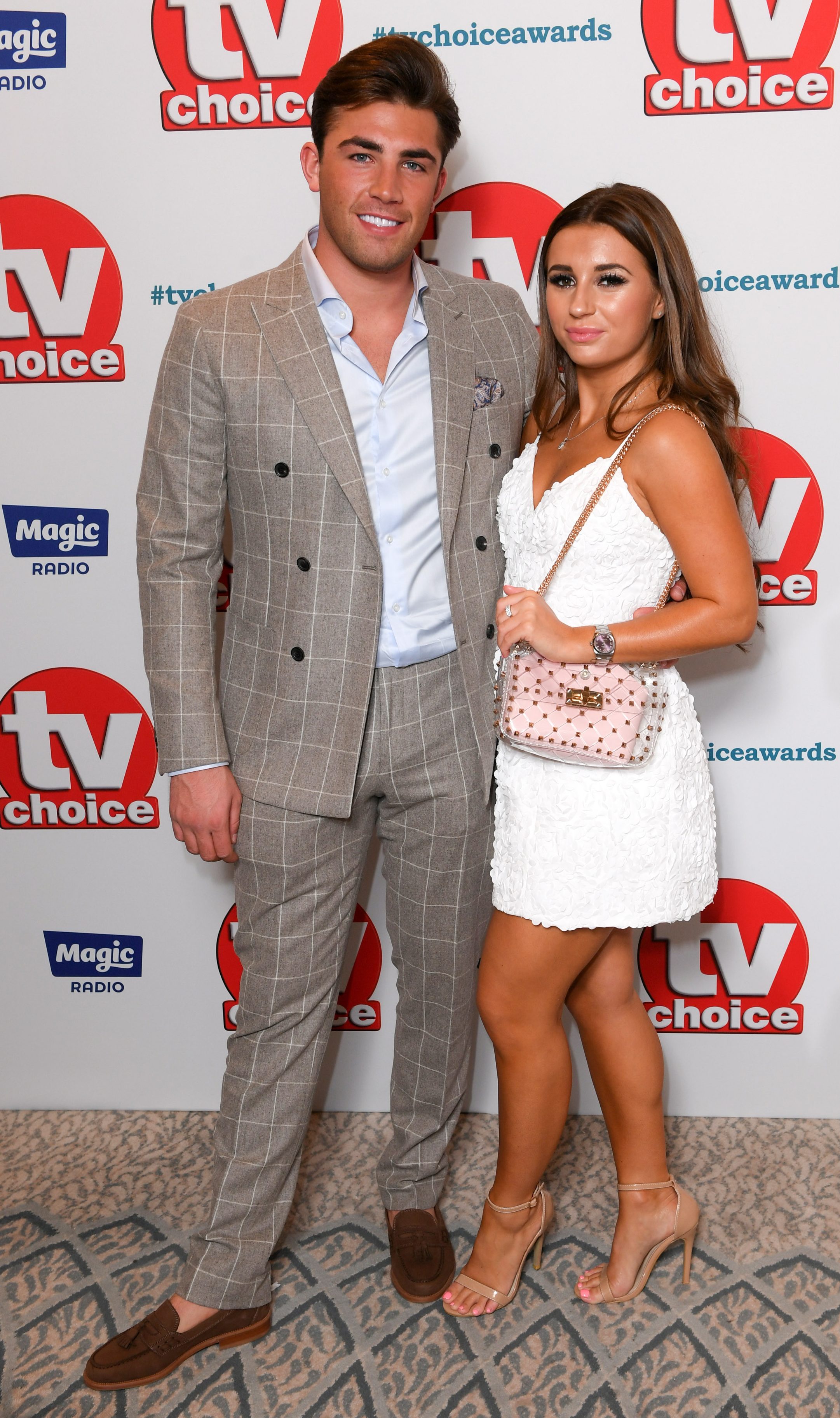 The pen salesman launched his own brand of stationery after winning the dating competition.

Since the break up, Jack has appeared in All New The Full Monty, for charity.

He has partnered with Protein World and has lost a whopping two stone in weight.

Laura Anderson was runner up to Love Island winners Jack and Dani, as she coupled up with latecomer Paul Knops.

The pair split shortly after leaving the villa.

But Laura has gone on to find love with former Love Island competitor Max Morley.

The model and actor arrived late in the villa, but sparked up a romance with Laura Anderson.

The couple have since parted ways, after reports Paul still had a girlfriend while on the show.

Paul has continued his modelling career, and often shares images of him from photoshoots on Instagram. 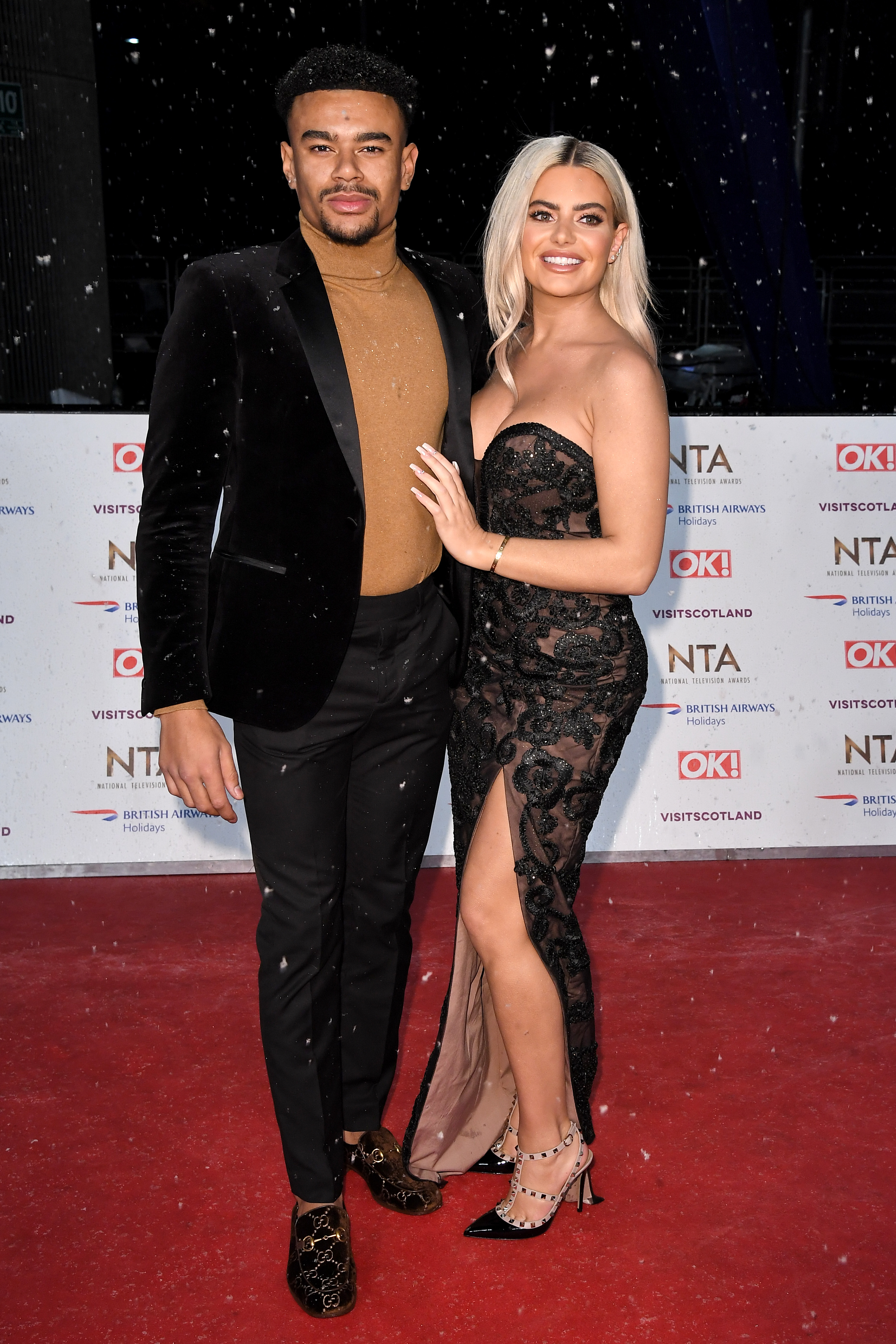 After leaving the show the former couple moved in to a flat in Camden Town together, but split while Wes competed on Dancing On Ice in early 2019.

Megan's career has soared since leaving the villa, she is the PrettyLittleThing ambassador, partnered with Avon for their latest Nudes campaign, and starred in the charity show All New Full Monty.

After finding fame on Love Island, Wes went on to compete in Dancing On Ice 2019, which saw him finish in second place.

The 21-year-old split with Megan, but has since been romantically linked with blogger Alicia 'Lissy' Roddy.

But the pair have since called time on their romance.

Wes has insisted he will not be returning to his career as a nuclear engineer before Love Island, although he has released a collection with Josh Denzel for Boohoo Man.

Kaz and Josh split six months after leaving the villa, but has since sparked up a romance with Theo Campbell.

The 25-year-old make-up artist has continued to share beauty tips and tutorials on social media.

She has also released her own range of headbands, Kaz Bands.

Kaz has collaborated with an array of fashion brands; she has her own fitness range with Boohoo and a swimwear line with ASDA.

Josh has been jetting across the globe since leaving the villa, and often documents his trips with pals Jack Fowler and Wes Nelson on social media.

On Instagram Josh has described himself as a "presenter and content creator", as he previously worked at LADBible and SPORTBible.

Josh has teamed up with Wes to release their own clothing line for Boohoo Man. 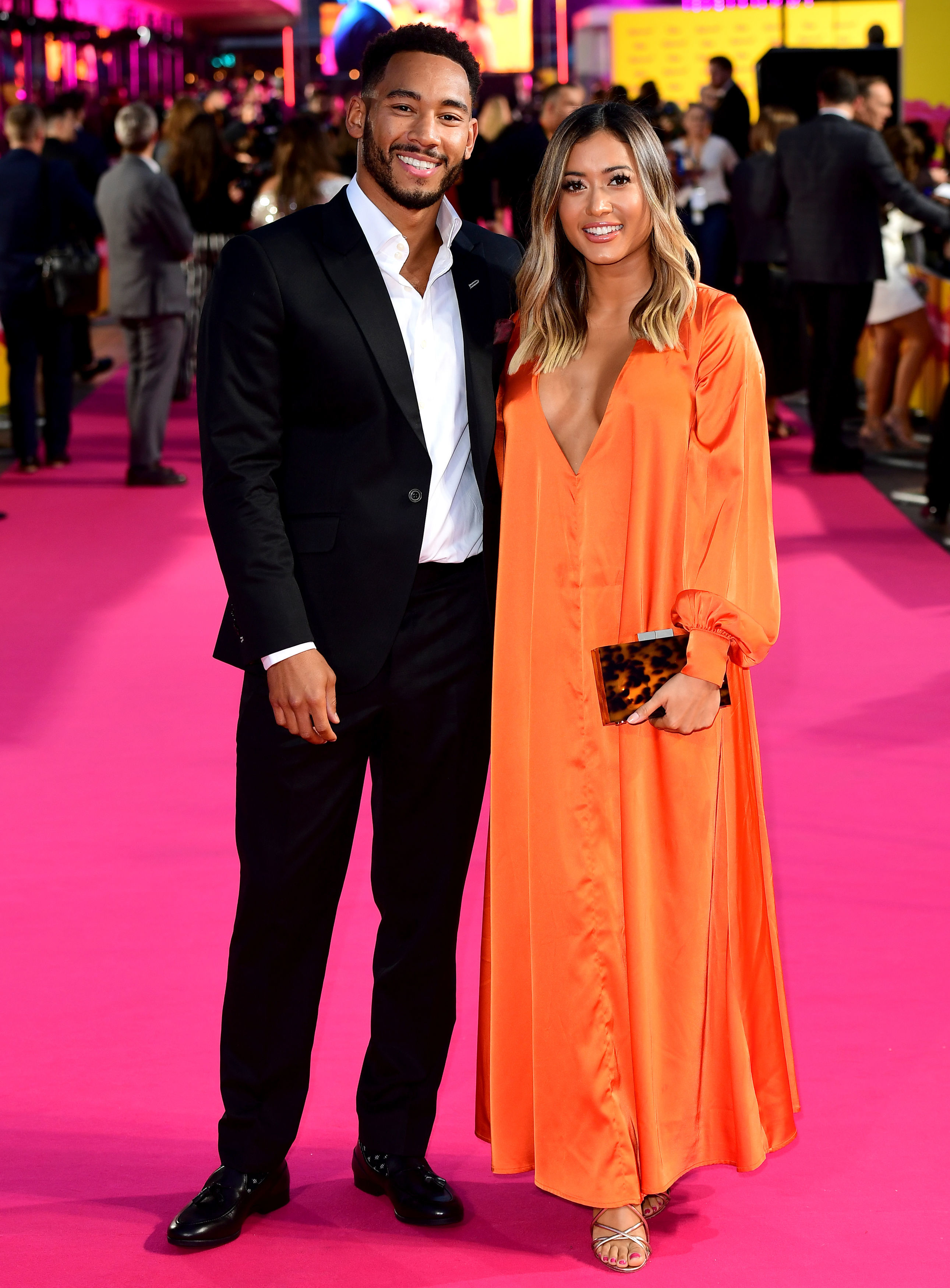 Shortly after Jack left the villa he split from girlfriend Laura Crane.

He has been signed to Simon Webbe's talent management company, Webbe Industries, who also look after TOWIE stars Harry Lee and Tom McDonnell.

Following his break-up Jack signed up to find love on Celebs Go Dating, and although he sparked up a romance on the show, he is still single.

Laura split from Jack after leaving Love Island, but has found love with Made In Chelsea star Tristan Phipps.

She has gone on to collaborate with various brands including Ghost fragrances.

And has competed on Ninja Warrior UK.

Doctor Alex has returned to work in A&E after leaving Love Island.

Although he sparked up a romance with Alexandra Cane on the show, the pair parted ways and he is now loved up with girlfriend Amelia Bath.

Alex has launched his own podcast, titled The Waiting Room, and holds health Q&A's on his Instagram account.

Alexandra Cane got close with Dr Alex on the show, but is now dating an Estate Agent, who she describes as her "first serious boyfriend".

The 27-year-old starred in a Pot Noodle advert after leaving the villa, and partnered with Protein World, as well as Boohoo and Racoon Hair Extensions.

The 21-year-old enjoyed a brief romance with Sam Bird on the show, but the pair split shortly after leaving the villa after he claimed she was still messaging her ex-boyfriend.

Georgia signed up for Celebs Go Dating, alongside Jack Fowler who she shared a kiss with on Love Island, as well as Celebs On The Ranch.

And she is tipped to return to Love Island 2019.

Sam and Georgia split in October 2018, shortly after they moved in together.

The PT has also joined forces with Boohoo Man, and now adds DJ to his CV.

Sam has kept up his friendship with his Love Island housemates, including Jack Fincham, as well as Adam Collard. 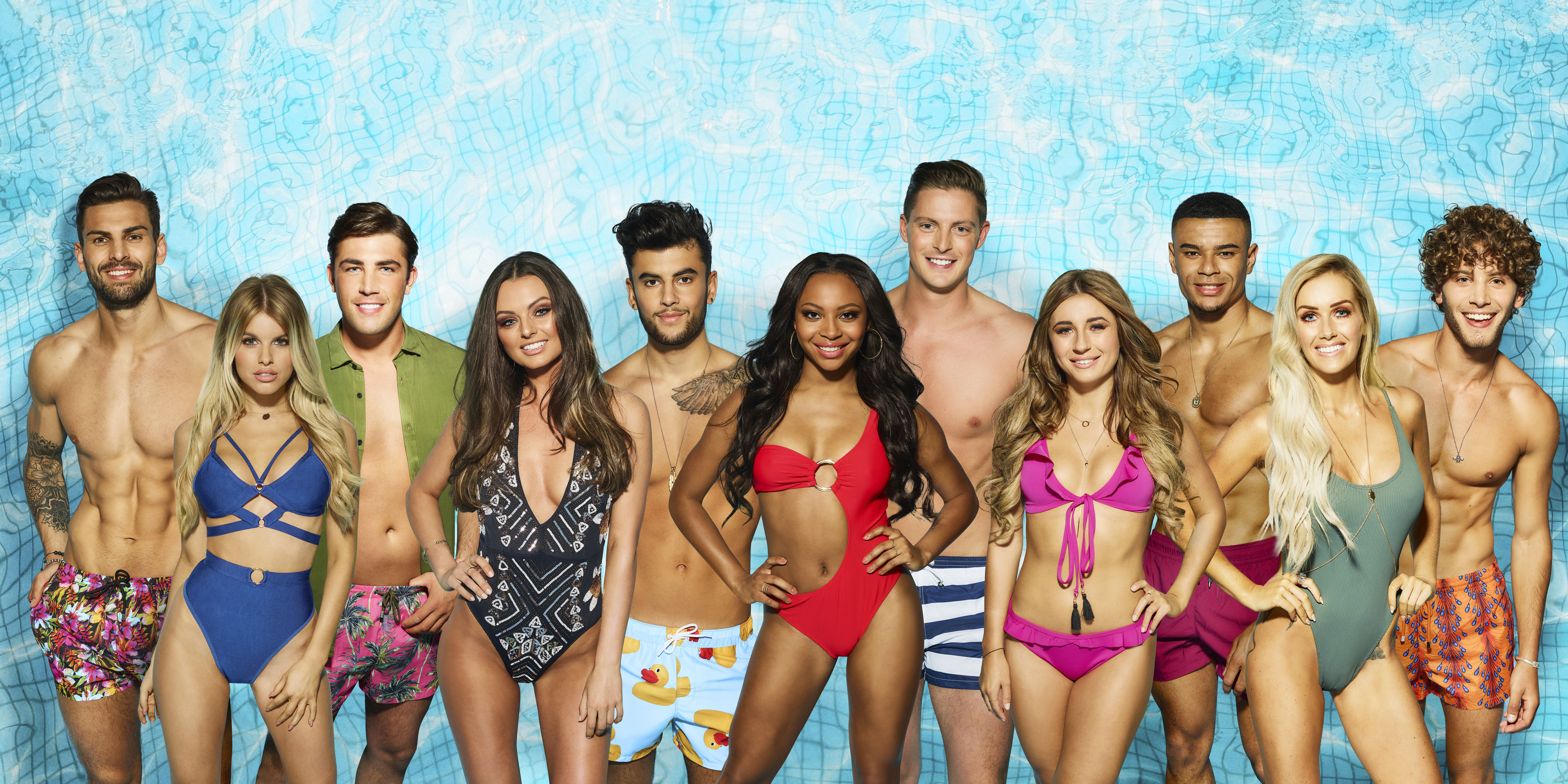 Ellie, 21, split from Charlie Brake in September 2018, but has since been romantically linked to TOWIE star Pete Wicks and Joey Essex.

The beauty has enjoyed a string of holidays with Zara McDermott, and often enjoys girly nights out with Kendall Rae Knight and Kaz Crossley.

Since leaving the villa Ellie has undergone a major makeover, and has shown off her secret boob job.

Charlie was accused of cheating on Ellie Brown after they left the dating show.

He later sparked up a romance with Ferne McCann, and appeared on her tell-all show First Time Mum.

He has been romantically linked to Amber Turner, Megan Barton-Hanson, Made In Chelsea's Sophie Habboo, as well as an American heiress.

The millionaire has described himself as the "creative director" of The Inner 13 in his Instagram bio, and has collaborated with Rose London on a new range of formal wear.

Samira decided to leave the villa after her love interest Frankie Foster was evicted, but just months after they left the show they parted ways in August 2018 after he admitted to cheating on her.

The dancer is now loved up with Ibiza Weekender's Alex Dean.

Samira has starred in a campaign for Missy Empire.

Zara moved in with boyfriend Adam Collard after Love Island, but the former couple split in February 2019.

Since the break up she has been romantically linked with Olly Murs.

The former government adviser has launched her own fashion collection with Lasula.

Adam has returned to being a PT at Sculpt Fitness, but he now shares fitness videos on his Instagram page.

Although there has been speculation he has rekindled his relationship with Zara, he has actually been dating Andrea Belver.

But Adam could be returning to the small screen again as he is tipped to star in Geordie Shore.

New Bachelor in Paradise Promo Promises So Many Tears