X FACTOR: All Stars is set to bring some of the show's most memorable faces back to the stage that made them famous.

It's already being tipped as a must-watch as Simon Cowell and the gang will be casting their judgements on the acts once again.  Here's what you need know about the upcoming show… 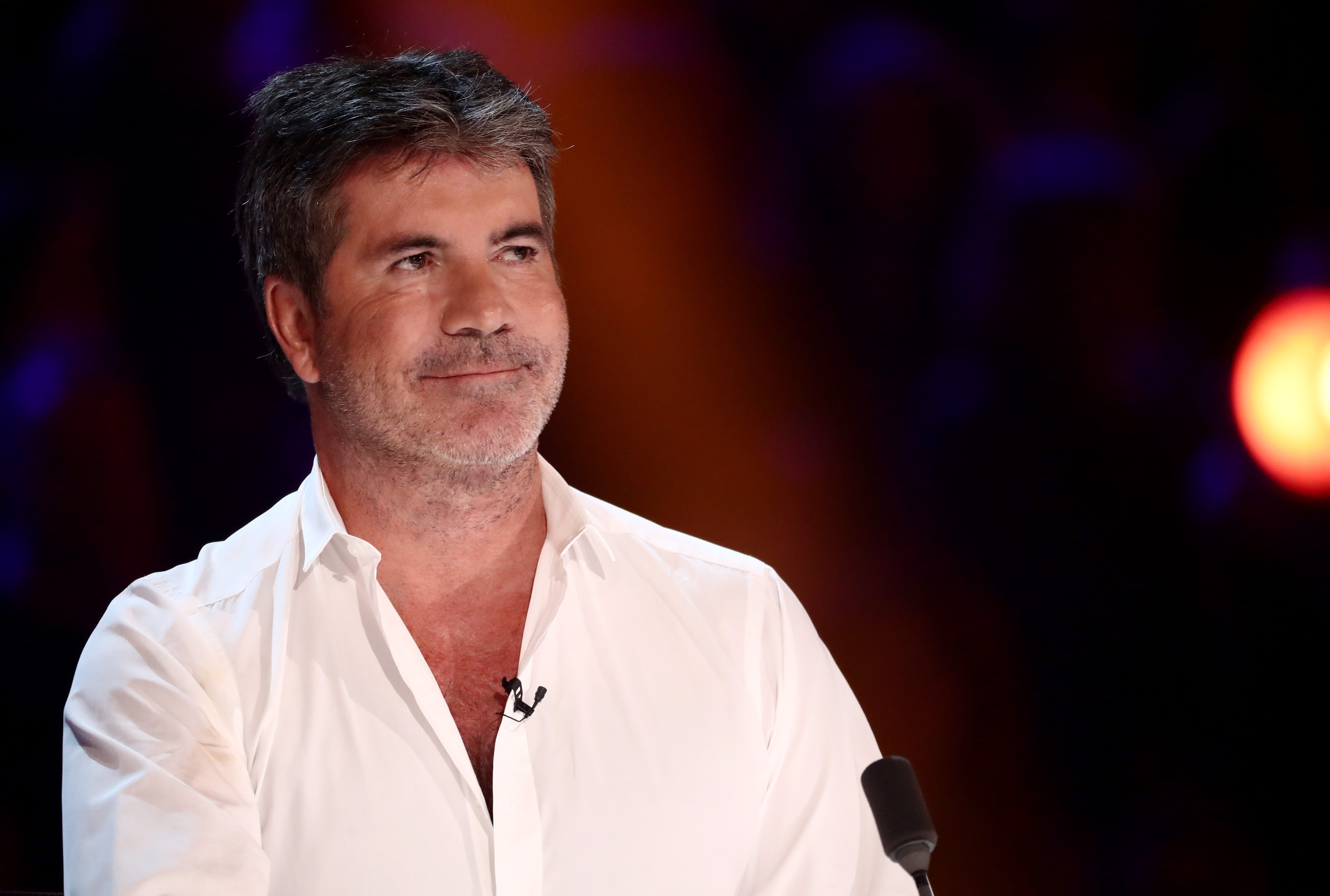 What is X Factor: All Stars?

On February 14, 2019, The Sun revealed that Simon Cowell had pulled the plug on filming The X Factor in 2019 as part of a huge overhaul.

But it's not all bad news, as the series will instead be replaced with two special editions of the show.

This includes a brand new all-stars version, which will see successful contestants from past X Factor shows compete to be the ultimate winner.

He told The Mirror: "I go to Los Angeles on Tuesday, I go to Simon’s house in Malibu, it’s me Simon [Cowell] and Nicole [Scherzinger] and we’re doing the celebrity one.
"It’s going to be great, and then we do the 'best of' all in one week, all the winners are coming back. Leona's coming back, Alexandra, Shayne, they’re all coming back." 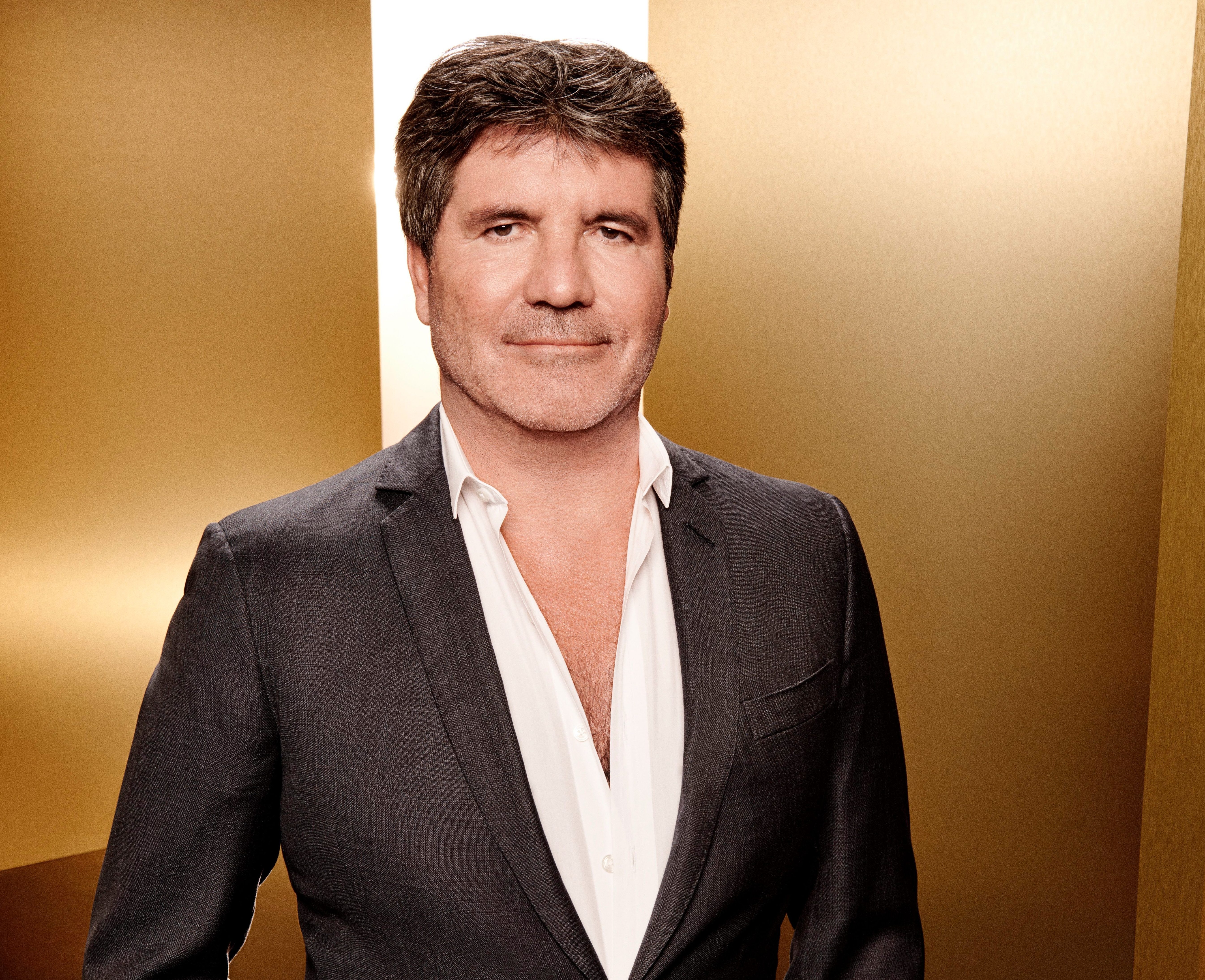 When does X Factor: All Stars start?

A date is yet to be confirmed for this new spin-off show, however, Louis has hinted filming for the programme could start soon.

There is no regular X Factor this year, therefore it is likely the series will follow the show's usual format and return around September time.

X Factor judges Louis, Simon and Nicole Scherzinger are expected to be sitting on the judging panel, according to the entertainment manager.

But unfortunately, 2018 judges Robbie Williams, Ayda Field and Louis Tomlinson have all left the show and won't be taking in the judging responsibilities.

Who is in the line-up of X Factor: All Stars?

The 15-year-old show has produced a string of internationally successful acts, including One Direction, Olly Murs and Little Mix.

However, it's unlikely those acts will make an appearance as they have all gone on to achieve international success and have pretty hectic work schedules.

We do now know that the rumoured line-up is as follows: 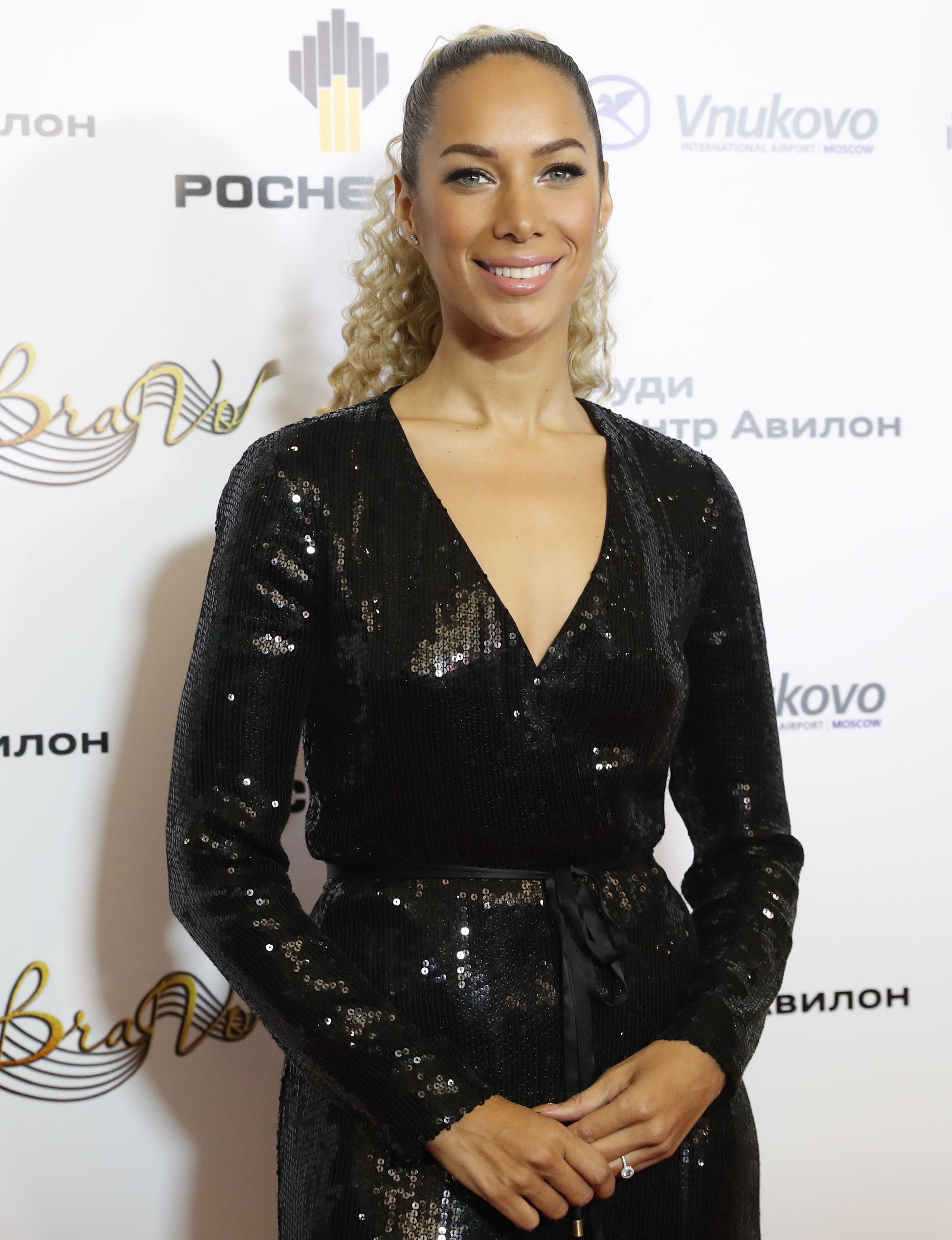 Leona competed on the third series of The X Factor in 2006, with her stunning vocals winning her the competition.

She won a £1 million recording contract with Simon Cowell’s record label, Syco music.
Her winning single was a cover of Kelly Clarkson’s A Moment Like This, which peaked at number one for four weeks on the UK singles chart.

Since then, she has released several albums, with her first, Spirit, coming out in 2007 and going 10x platinum in the UK.

It also became the fourth best selling album of the 2000s. 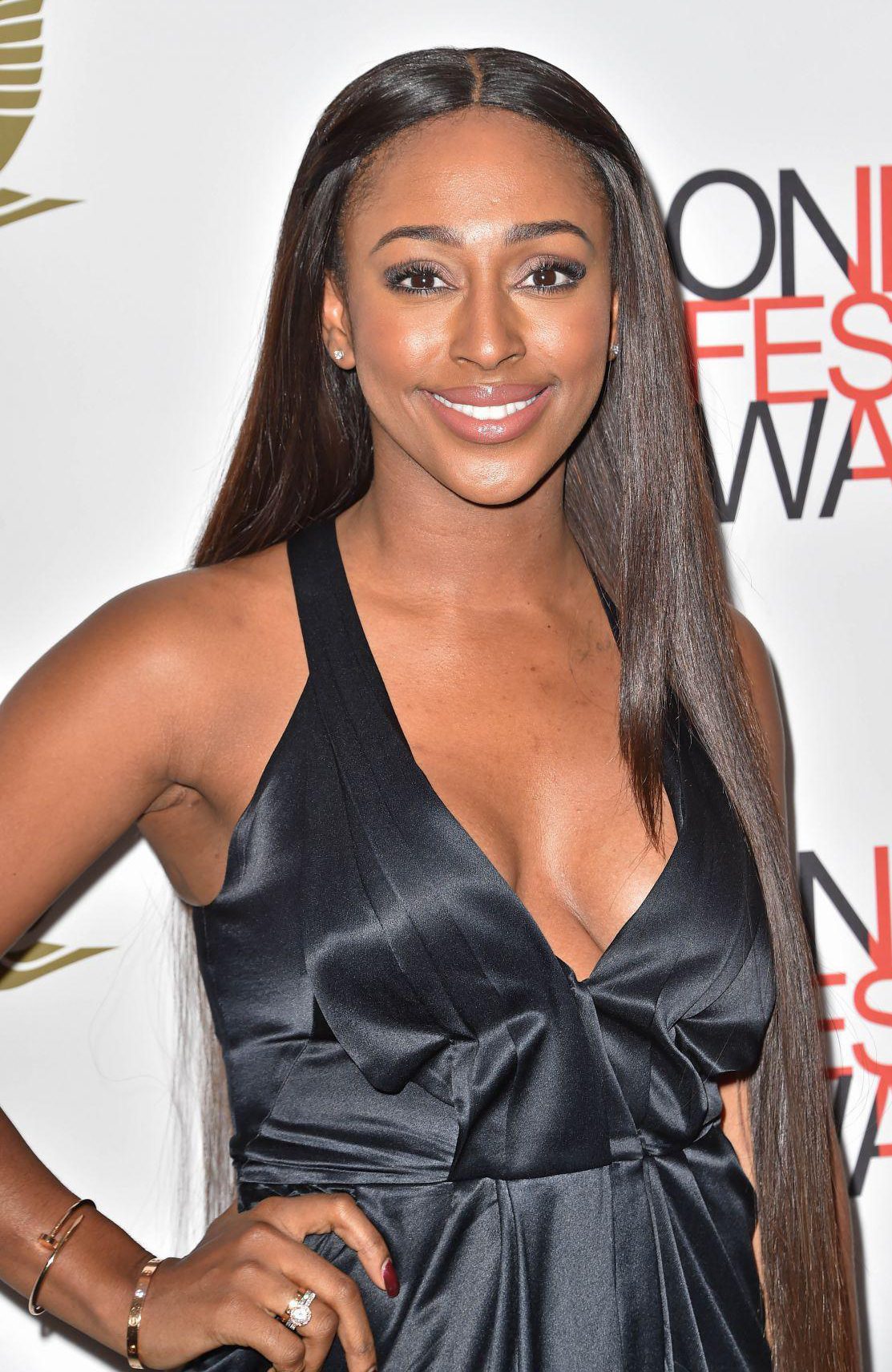 After winning the show in 2008, Alexandra released hit singles Bad Boys, Broken Heels and Start Without You from her two albums, as well as acted as a model and ambassador for huge brands.

She quickly changed tack by taking acting classes, and after leaving her label in 2013, she turned her attention fully to stage performing.

The singer took huge roles in The Bodyguard and, last year, Sister Act The Musical. 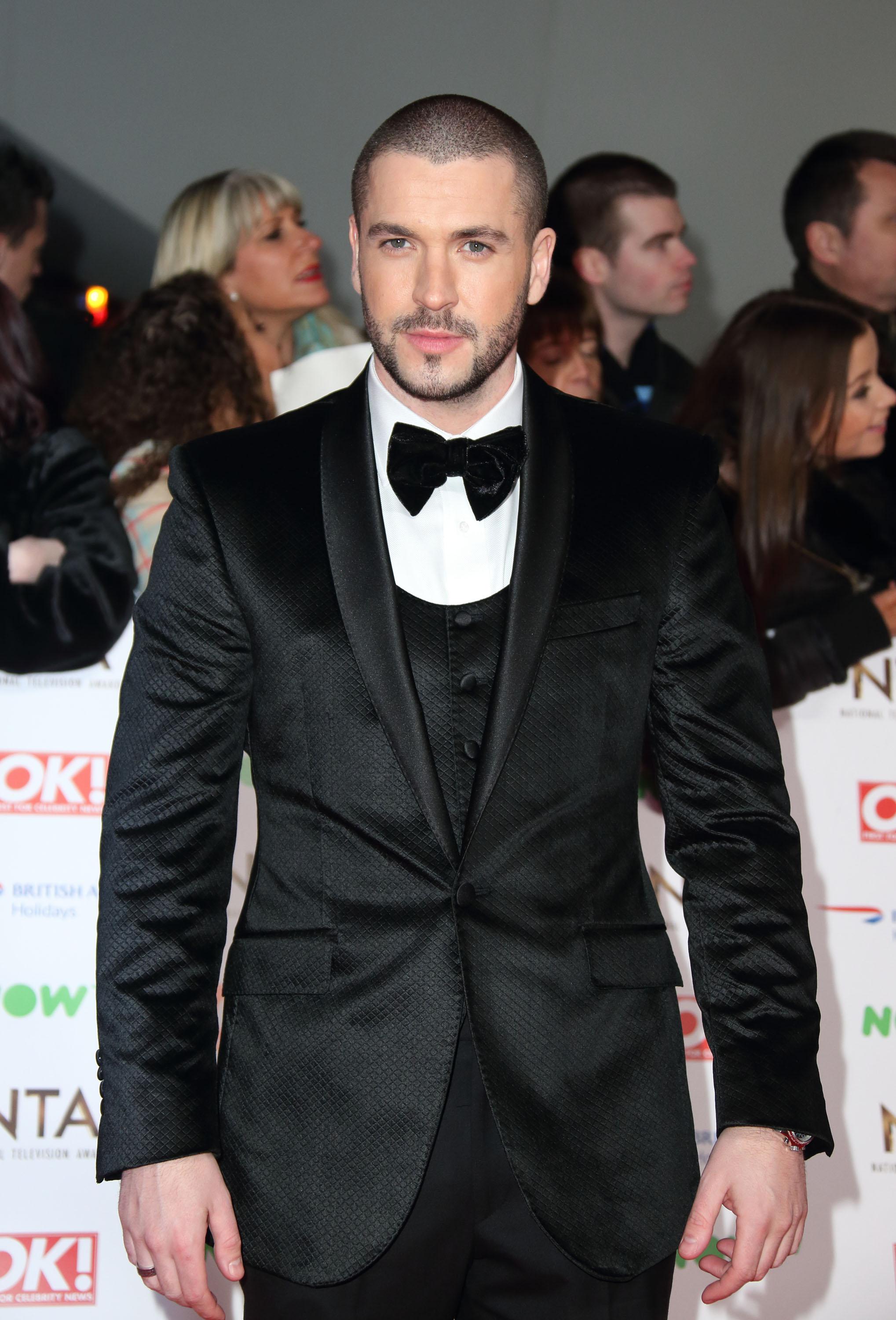 Shayne first rose to prominence as the winner of The X Factor in 2005, and earned his first number one that year with debut single That’s My Goal.

Since then he has released four albums – a self-titled debut which went to No1 in the UK charts; Breathless, which hit number 2 in 2007; Obsession in 2010, which only reached No15.

In 2015 the singer independently released Closer, after he was dropped by his record label – it climbed to No17 in the UK charts.

As well as his music career, Shayne later took on the role of Staycee Jaxx in the '80s musical Rock of Ages on the West End, and stayed with the show from 2011 to 2012.

Coronation Street is his only television role to date, though he has since said that he does intend to return to music. 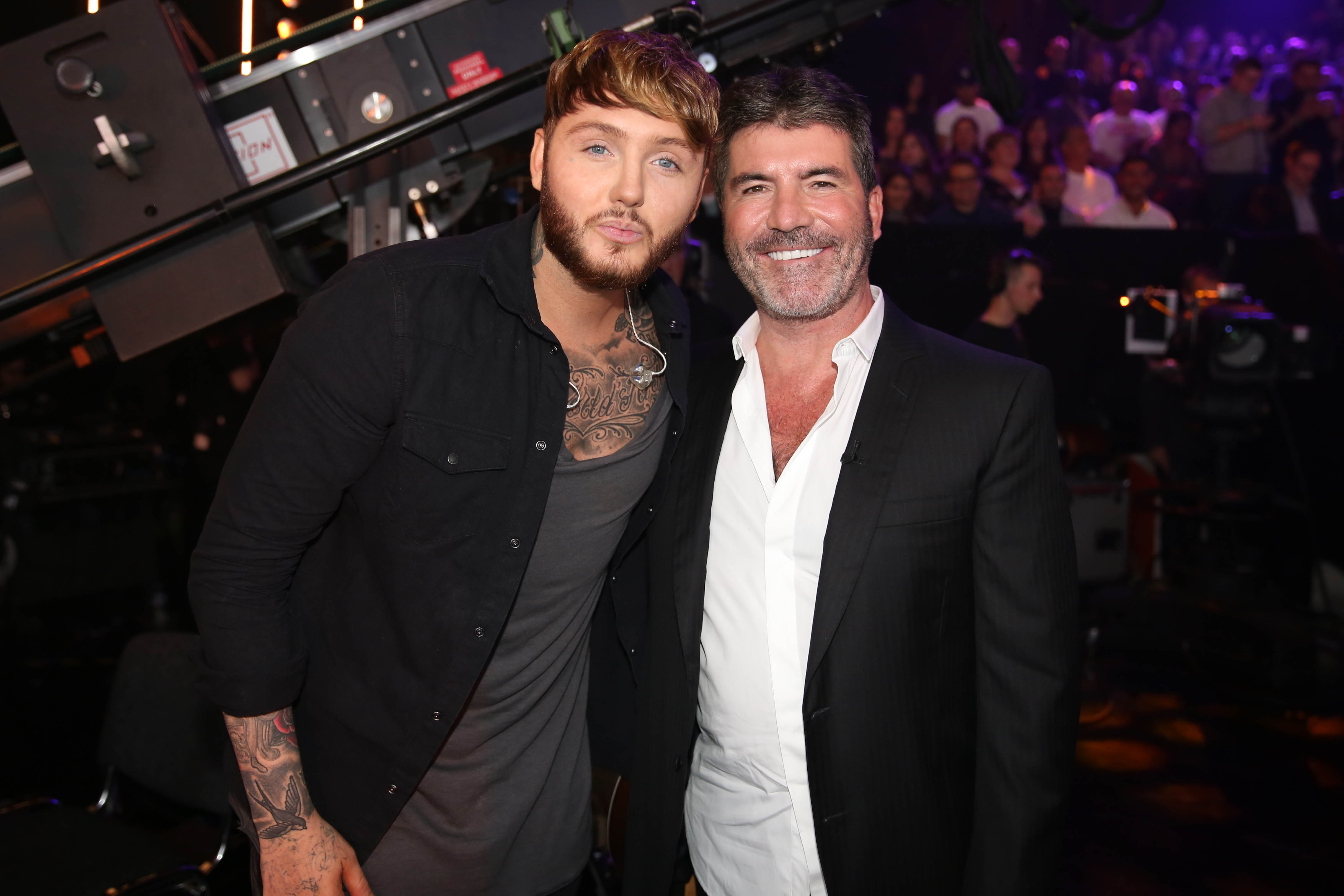 After winning The X Factor in 2012, James was sensationally dropped from Simon’s Syco record label two years later after becoming embroiled in a string of controversies.

James sold millions of records during his first stint at Syco but his dream quickly fell to pieces.

The star was performing at Radio 1’s Big Weekend when he revealed that he would like to be involved in the celeb version of the hit talent show.

He told the Mirror Online: “I’d love to get involved but I wouldn’t want to be a contestant.

“I’m still signed to a record label so I don’t think it would be right for me to take part in that way, but I’d definitely be up for helping out in some way.”

He later admitted that if Simon wanted “a really honest judge” he would be more than happy to do it. 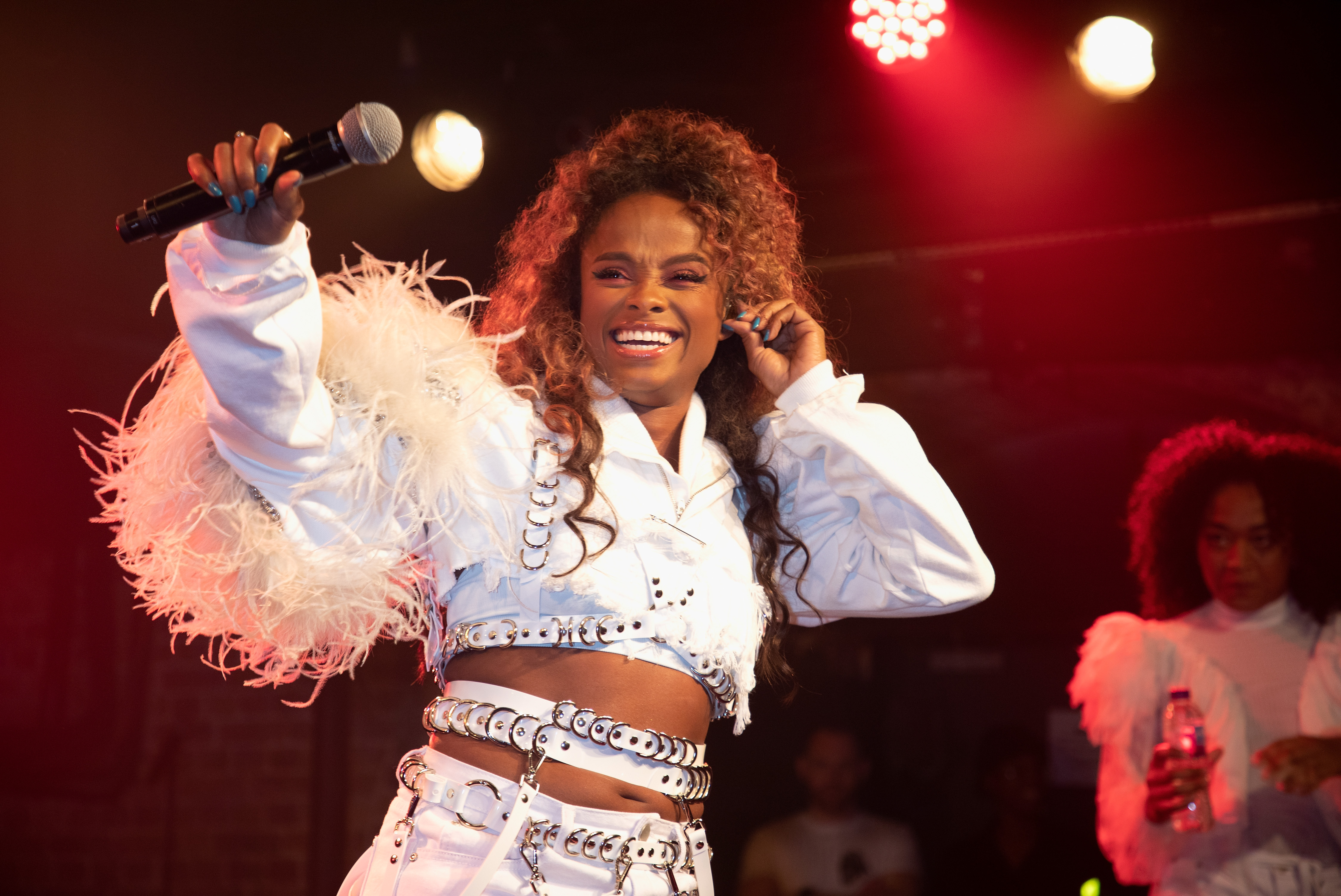 Fleur made history when she became the first of The X Factor’s singers to reach number 1 on the iTunes chart while still performing on the competition.

She competed on the second series in 2005 as a member of the girl group Addictiv Ladies.

In 2012, she launched a solo carer with the record label Strictly Rhythm and nailed collaborations with DJ Fresh and Bassline Smith.

Amongst many covers, the Walthamstow native performed her chart-topping remake of single “Uptown Funk” by Bruno Mars and Mark Ronson, and gained a cult following from her talent.

In 2017 she released her album Love Sax and but sadly she was dropped from her label that same year. 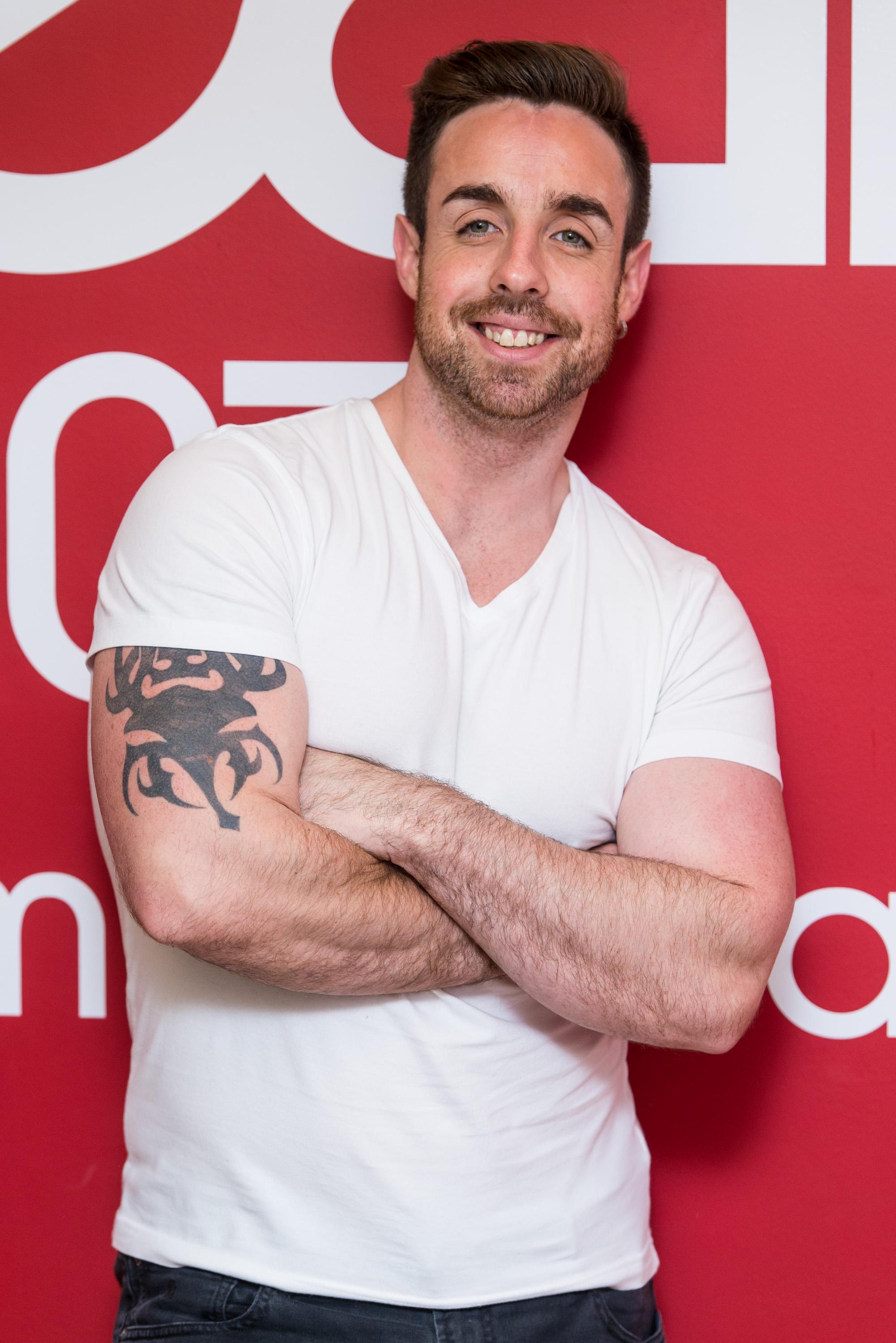 Stevi auditioned for The X Factor in 2014 and sang 'Dance With Me Tonight' by Olly Murs.

He initially didn't make it through to live shows, but Cheryl chose him to be the Over 25s wildcard.

Stevi made it through to week 7, when he was eliminated over Andrea Faustini. 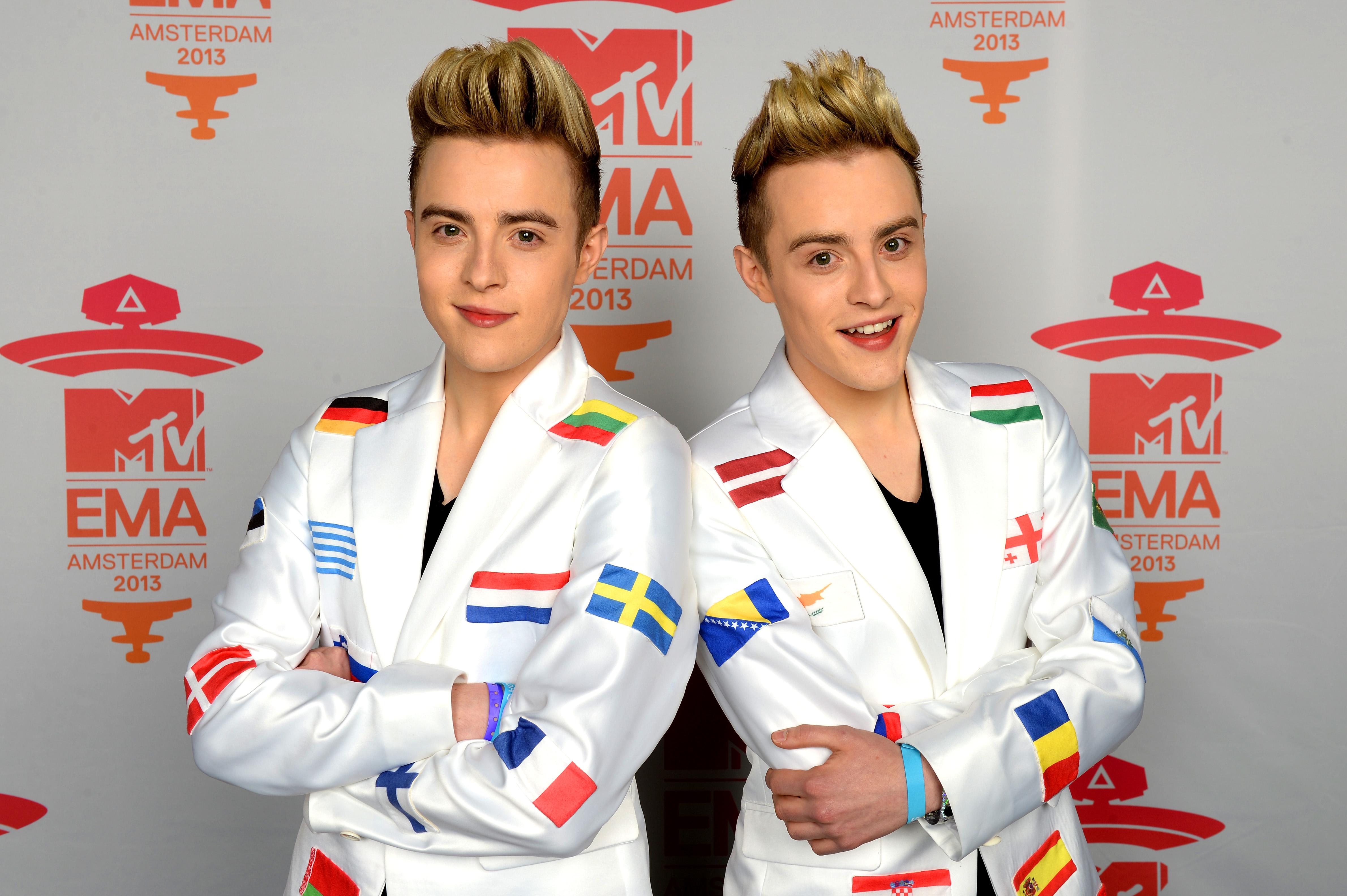 Jedward were described by Simon Cowell as "not very good and incredibly annoying" when they auditioned for The X Factor in 2009.

But thanks mainly to Irish guest judge Louis Walsh, the boys made it through to the final 12 contestants and the live shows, much to many viewers' dismay.

They managed to come sixth and were immediately taken on by Walsh, before releasing their debut single, a mash-up of David Bowie and Freddie Mercury's Under pressure and Vanilla Ice's Ice Ice Baby.

To date the twins have released three albums (Planet Jedward, Victory and Young Love), the first two of which went double platinum in Ireland, plus nine singles.

The duo also represented Ireland at the Eurovision Song Contest in 2011, as well as 2012.

The twins have been hailed the fifth most successful former X Factor contestants in monetary terms. 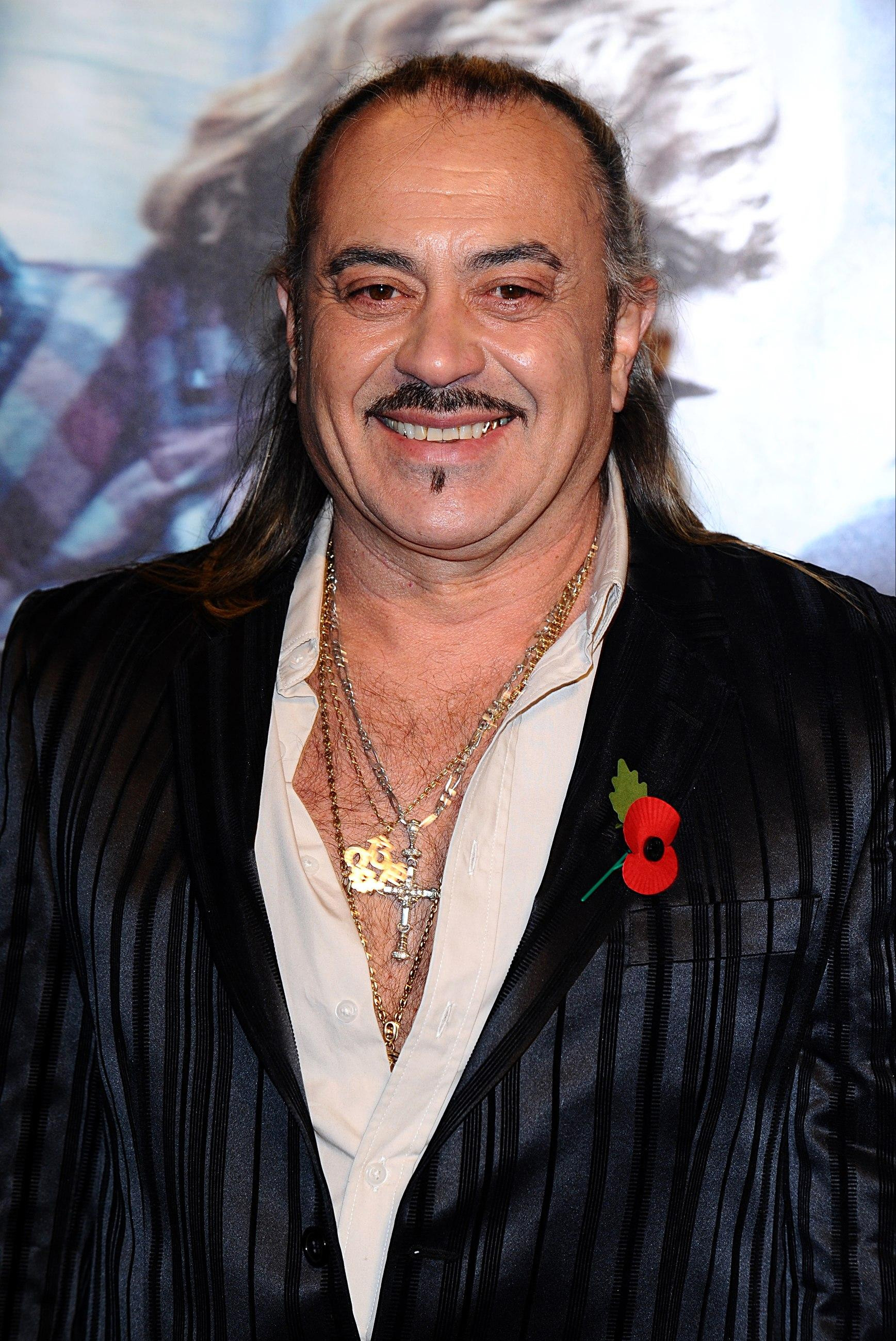 Wagner was selected as Louis Walsh’s wild card during The X Factor 2010, and his on-stage performances quickly became gold dust.

As if his storming rendition of Ricky Martin’s She Bangs wasn’t enough, he also sent the audience into a spin when he took on Radiohead’s Creep and Robert Palmer’s Addicted to Love.

In recent years Wagner encourages his fans to get in touch with him via his official Facebook page, which he mans himself.

He takes orders for custom made videos, and all you need to do is drop him a message.

They don’t break the bank either. If you want him to wish a pal Happy Birthday for you, it’ll set you back £8.50. 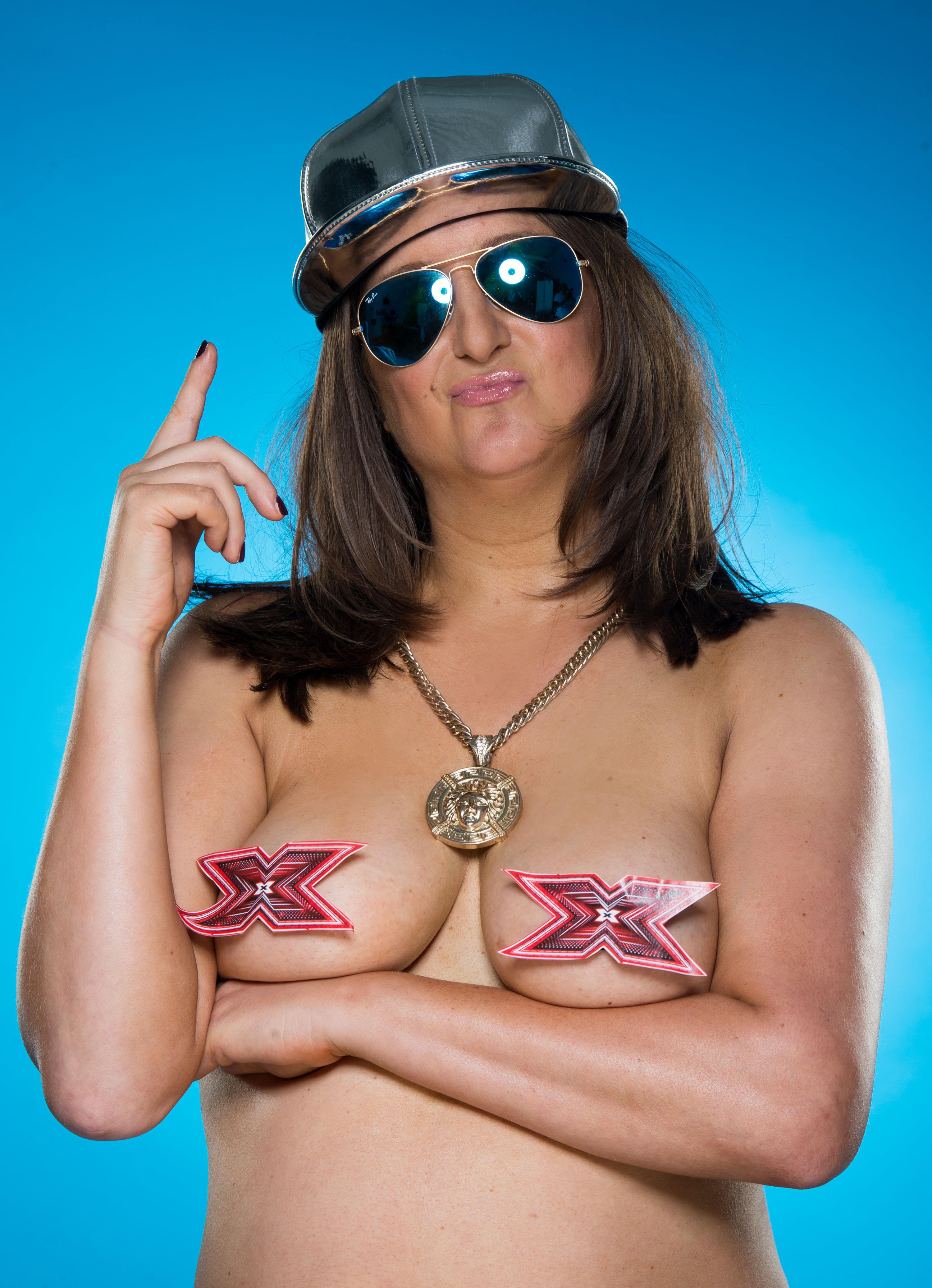 Honey G rose to prominence on the thirteenth series of The X Factor in 2016 starring as one of the Over 25s and mentored by Sharon Osbourne.

After auditioning (she sang Work It by Missy Elliott in her first audition) Honey was given the boot from the show during the six-chair challenge.

However, she was brought back for Judges' Houses when contestant Ivy-Grace Parades was unable to travel to Los Angeles due to visa issues.

Sharon ultimately chose Honey as one of her final contestants.

Honey was voted off the show in week 9 – but returned to perform in the live final the following week and sparked controversy when she revealed she had already been signed by Simon Cowell to his Syco record label and would be releasing her debut single, The Honey G Show, soon after.

During her time on The X Factor, Honey proved to be a divisive contestant with some labelling her a novelty act, but others (including rap legend Snoop Dogg) branded her a credible rapper.

Despite being signed to Syco in December 2016, Honey was dropped by the record label by April 2017.

When did The X Factor first launch?

The show began in 2004 and has since aired annually from September until December.

The judges on series one were Simon along with Louis and Sharon Osbourne.

Kate Thornton was host of the show for the first three years from 2004-2006 before being replaced by Dermot O'Leary.

The first series was won by Steve Brookstein and the most recent one in 2018 saw Dalton Harris crowned winner.

I send my kids to bed hungry if they don’t eat their dinner – parents who don’t are morons, says ‘strict’ Gino D’Acampo

Who are the Queer Eye cast? Get to know Antoni Porowski, Bobby Berk, Karamo Brown, Tan France and Jonathon Van Ness – The Sun