SUNDAY AM UPDATE: On one of the dullest weekends of the year, it’s good to see some movies overperforming. And we have the fourth weekend of Disney/Marvel Studios’ Black Panther: Wakanda Forever coming in at $17.59M, and Universal/87 North’s horror action comedy Violent Night over-indexing with $13.3M, slightly above its $10M-$12M projection.

As previously mentioned, that opening is just under Universal’s 2015 horror comedy, Krampus, which played the same early December frame, opening to $16.2M and legging out to $42.7M stateside. That pic was PG-13 to Violent Night‘s R. The movie minted a $20.3M global launch from 73 offshore territories. At the end of the day, Violent Night did what it was suppose to do. I hear Universal execs when they were considering a greenlight took the script home for the weekend and came back that Monday morning and said ‘Hell, yeah!’ to Violent Night.

“Violent Night had a terrific debut this weekend. 87North, director Tommy Wirkola, and the incomparable David Harbour as Santa crafted an incredibly original, fun, irreverent take on the ultimate superhero that thrilled audiences this weekend and will for many weeks to come,” exclaimed Universal Domestic Distribution Chief Jim Orr this morning.

With an estimated $56.4M for all movies, it’s the 8th-lowest weekend of the year, the bottom belonging to Jan. 28-30, with $34.9M. That’s when Morbius was suppose to go and Sony pushed it to April because of Omicron. Even in pre-pandemic times, this was never a glowing weekend, as people are distracted with holiday activities, though there’s always been a place for a genre movie to at least play to the 18-34 crowd, which Violent Night did to a near 60%. Still, richer days pre-pandemic: The first weekend of December earned $90.3M for all titles back in 2019.

RelishMix points out that the social media universe for Violent Night at 110M was juiced by 34.4M YouTube views and Universal’s 46.4M social media fan followings, as well as notably the pic’s star David Harbour, who counts around 11M followers after fours seasons of Stranger Things. On PostTrak, close to 40% said they bought tickets because it’s a horror action movie, while 32% said they came for Harbour.

Says RelishMix about the social media buzz for the film, “David Harbour is the hot-trending theme in much of the chatter on Violent Night, and bringing his Stranger Things audience to the comments. Fans are comping the movie to Nobody, Bullet Train, Bad Santa, of course, with Billy Bob Thornton, plus Die Hard — and more recent horror, Smile and Halloween Ends. The tone runs predominantly positive-to-mixed, as fans are happy to have a dark, non-cheesy film to drop into, ‘during the nightmare of the season of merriment.’”

The pic is running 6% ahead of Doctor Strange in the Multiverse of Madness through four weekends and has a running total of $733M Worldwide.

UPDATED, Saturday AM Writethru after Friday PM post: Where’s a wide expansion of Glass Onion: A Knives Out Mystery when you need it? Expect a greater subtraction of dollars at this weekend’s box office, as the Rian Johnson-directed whodunit goes dark until December 23.

Disney/Marvel Studios’ Black Panther: Wakanda Forever came in with a $4.4M yesterday, just below industry projections of $4.7M-$5M, which will result in a $15M-$16M+ fourth weekend No. 1 win at 3,855 theaters. Even if the movie hits the high end, it won’t cross $400M just yet — but it’s getting there. Expect around $392M+ running total by Sunday.

Uni’s filling of this post-Thanksgiving corridor can be seen going all the way back to Gus Van Sant’s 1998 critically bashed remake of Alfred Hitchcock’s Psycho, which opened to $10M, stopped at $21.5M US off an enormous $60M production budget at the time (ouch).

Violent Night gets a B+ CinemaScore and 76% positive on Comscore/Screen Engine’s Posttrak. Rotten Tomatoes critics score increased to 70% fresh with audiences now giving it an 89%. Hopefully, there’s a carryover of that yuletide cheer into tonight. Demos were 63% guys, 57% between 18-34, and diversity demos of 52% Caucasian, 27% Latino and Hispanic, 9% Black, and 12% Asian/other.

West and Southwest delivered six of the top ten runs. Those PLF and Imax screens which the movie had booked repped close to a third of the pic’s ticket sales so far.

Crunchyroll has an anime movie this weekend with Masato Jinbo’s The Quintessential Quintuplets Movie. Despite filling the void on theaters’ marquees, it’s not a crowd pleaser to its demo like previous titles from the distributor, with $292K yesterday and $743k estimated for the weekend at 910 locations, ranking outside the top 10.

Also in the marketplace is the re-release of the highest-grossing movie of the year, Top Gun: Maverick with $180K at 1,864 theaters, boosted by Imax and PLF, for a projected $600K weekend and a new revised total by EOD Sunday of $717.7M. 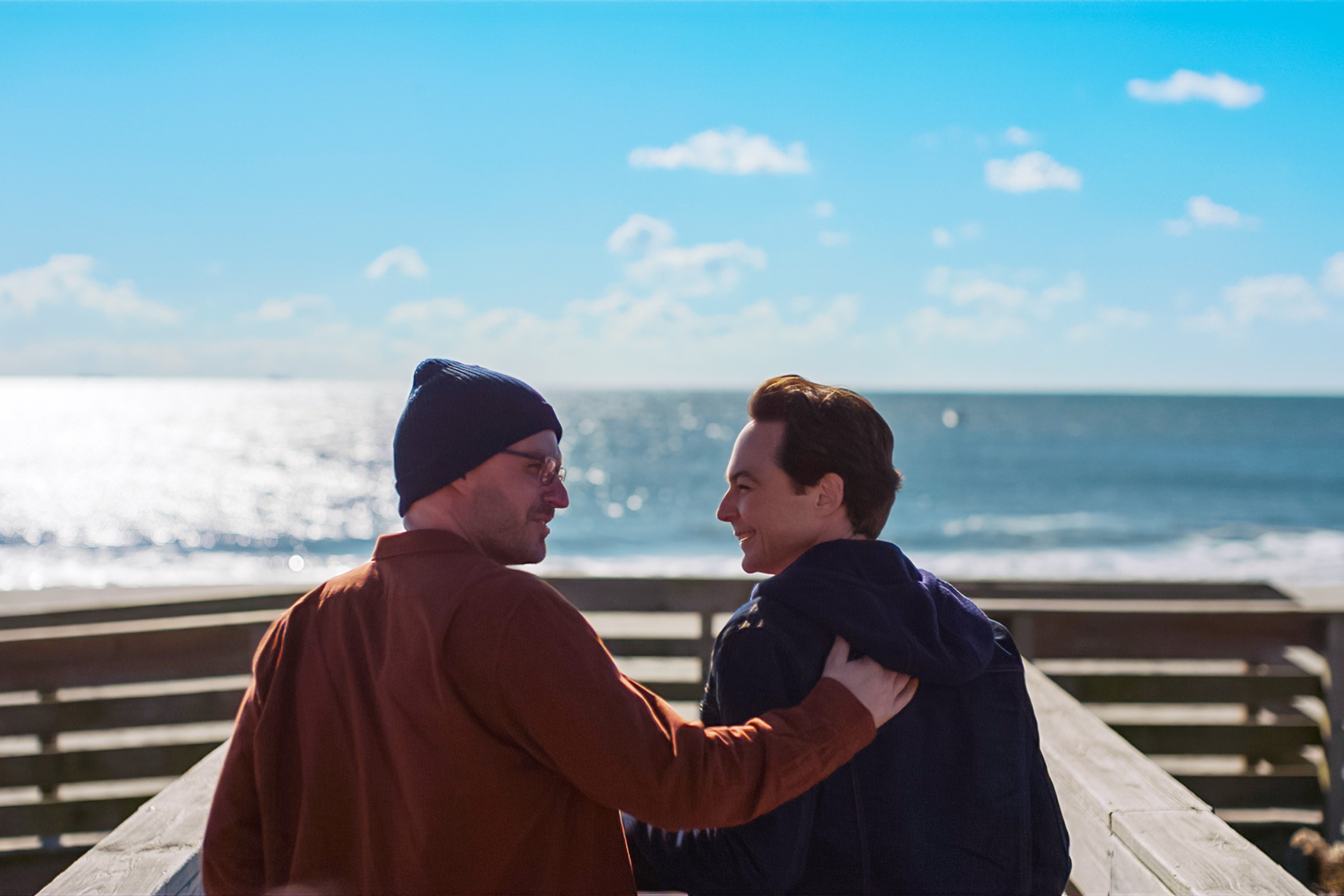 On the limited side, there’s Michael Showalter’s Spoiler Alert in six theaters in NY, LA, and San Francisco, which did $46K yesterday for a projected 30day of $85K, or $14K theater average. The movie is written by David Marshall Grant, Dan Savage, and Michael Ausiello, based on Ausiello’s memoir Spoiler Alert: The Hero Dies. It stars Jim Parsons, Ben Aldridge, and Sally Field. NY’s Lincoln Square and LA’s The Grove were the best of the bunch for this movie, which received 64% from critics on Rotten Tomatoes

Remember, we’re in a slow period of the month until Avatar: The Way of Water on December 16. But it’s even worse this year without any wide release family product. Meaning, in pre-pandemic times we had Jumanji: The Next Level and Spider-Man: Into the Spider-verse teeing up business before the big year-end Disney Star Wars movie arrived. No major studio wide entries next weekend. Overall ticket sales look to be $50.3M, off 4% from the same period a year ago, and down 41% from last weekend. Ugh.

PREVIOUSLY, Friday AM: Universal and 87North’s action horror pic Violent Night is off to a healthy start with $1.1M previews last night. Hopefully this movie will give the weekend box office a pulse and overperform which is typically a slow period post Thanksgiving, and even worse given the fact that the marketplace is still in rebuild.

Pic fired off previews at 5PM at 3,000 theaters. Projections are $10M-$12M for Violent Night, but it’s set to get beat by Disney/Marvel Studio’s Black Panther: Wakanda Forever with a $17M-$25M fourth weekend win. Preview comps to Violent Night include Jackass Forever ($1.65M preview, $23.1M opening), The Menu ($1M previews, $9M opening) and The Northman ($1.35M preview, $12.2M opening). The David Harbour Santa takes revenge and matters into his own hands movie had its trailer amass over 115M views worldwide.

Fathom Events had the Joshua Enck directed title I Heard the Bells about the writing of the Christmas carol and its author Henry Wadsworth Longfellow; the pic was second on Thursday with $770K at 1,110 locations.

Netflix’s Glass Onion: A Knives Out Mystery left theaters EOD Tuesday. Pic per industry estimates went out with a bang with a $1.1M take that day, +26% from its $854K Monday. The Rian Johnson directed movie’s first week wrapped up with $14.7M. The pic will return to theaters after it debuts on Netflix, Dec. 23.

See All The Panels From Deadline’s Awards-Season Event

Who is actress Lindsey Shaw and why is she trending?

Who is Giovanna Fletcher’s brother Mario Falcone? – The Sun