After three seasons of Ragnar dominating each and every battle and conflict he came across, he was eventually killed off.

Ragnar’s enemy, King Aelle (Ivan Kaye), eventually caught up with Ragnar in season four, and killed him by putting him in a snake pit.

After four years as the character, and gaining a wild sense of popularity from the show’s fans, Ragnar’s last days on set were surely an emotional ordeal.

Travis was apparently very emotional during filming, according to Vikings director Ciaran Donnelly. In fact he was so upset, he struggled to say his final line.

Ciaran described the mood on set as “extraordinary,” telling Metro.co.uk:“It was more emotional than he or any of us expected.

“When he’s up there in that cage and he’s trying to get that dialogue out.

“I think he had real problems getting it out because of the real power of the emotion in the moment.”

Ciaran explained he would sense the emotion behind Travis’ lines, and would go to stop the scene to have a break.

However he revealed Travis replied: “‘No, I’m staying. I want to get this done’” 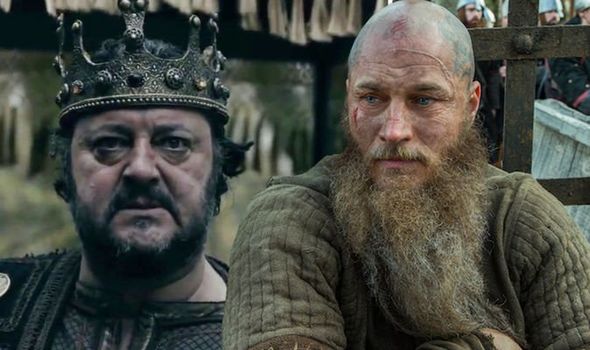 The director went on to recall: “Then all the crowd – there were a couple of hundred extras there – they were all cheering him on.

“For me as director it was probably one of the most cinematic episodes I’ve ever directed, and it’s the one I’m most proud of.”

Ragnar’s death wasn’t particularly liked by fans as he was such a favourite for the show – but since then his sons, Bjorn (Alexander Ludwig) and Ivar the Boneless (Alexander Hogh Andersen) have taken over the show’s mantle.

The duo are currently engaged in a heated rivalry, which will most like be the focus of the upcoming season six.

Although it is not yet certain if either of the characters will die, it is hard to believe the weather itself would change for their final scenes – as it supposedly did for Travis. 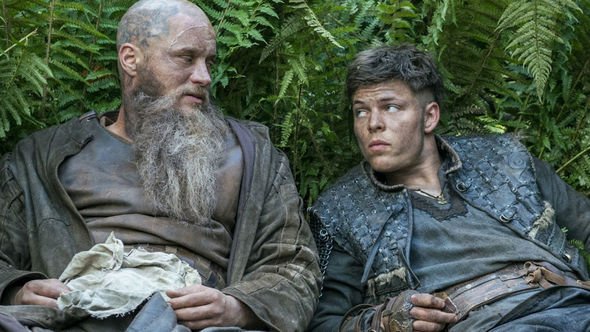 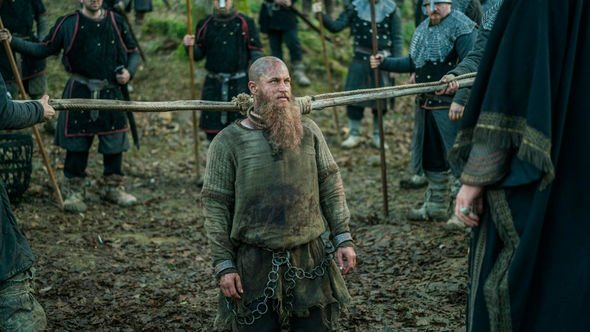 Earlier in the interview, Ciaran explained: “It just rained solidly the entire time and it was really very cold.

“But on a show like Vikings which is heavily location driven, that’s the world you’re in and you’re always encountering weather. We would have called it the mud and blood and s**t.

“It was almost always up to your knees in mud, but it makes it feel very real because it is real.

“He is out there suspended in a cage and thrown in a pit with snakes as you see it.”

Vikings season six is expected to return to History Channel and Amazon Prime Video this year.