Vikings season 6 part 2 will arrive on Amazon Prime Video on December 30 and the new episodes will pick up after the Rus battle. The first half of season six also focussed on Ubbe’s (played by Jordan Patrick Smith) journey to Iceland, where he had a meeting with Kjetill Flatnose (Adam Copeland) and the wanderer Othere (Ray Stevenson). Both Othere and Kjetill acted suspiciously around Ubbe and it is possible they could be plotting against him.

Are Kjetill and Othere working together to kill Ubbe?

In the first half of season six, Ubbe and his wife Torvi (Georgia Hirst) left their homeland of Kattegat and headed off on a new venture to Iceland.

Kjetill had initially sided with Ubbe and encouraged him to head to Iceland to establish new settlements, but after they met with Othere, his attitude changed.

Ubbe grew suspicious Othere had something to do with the disappearance of Floki (Gustaf Skarsgård) who had been the first Viking to discover Iceland.

As Kjetill and Othere had known each other before Ubbe arrived, the son of Ragnar believed they could have been working together to cover up Floki’s disappearance. 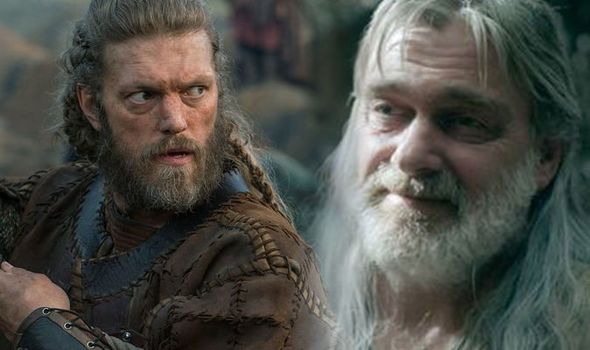 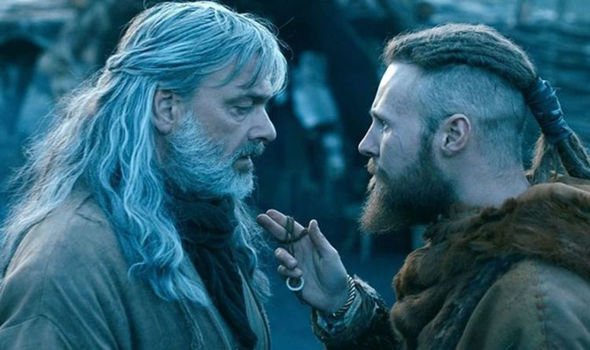 There are a number of reasons why Kjetill, at least, would want Ubbe dead. First of all, if Kjetill really did kill Floki, he would want to keep Ubbe off the scent.

Ubbe is already certain Floki suffered a terrible fate, and if he gets too close to the truth, Kjetill may have to take him out of the picture to protect himself and his family.

There is also the prospect of leadership in Iceland to think about. Floki was the original leader but he disappeared after some of the other Vikings disputed his ideas.

With Floki gone, Kjetill may be concerned that Ubbe has intentions to become leader, or even king, of Iceland.

Kjetill is an ambitious man, and this is a title he may well have his eye on, and he could be working with Othere to make sure Ubbe does not take on the role of leader. 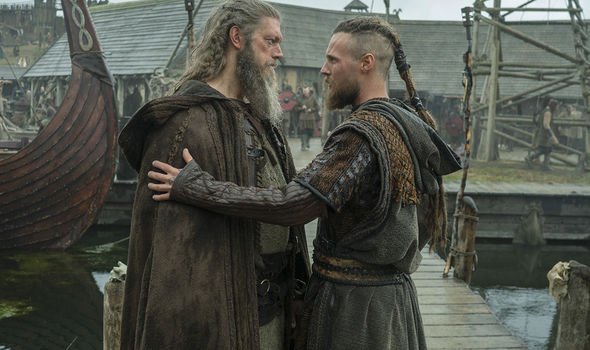 Fans are already aware of what Kjetill is capable of, as he and his son killed an innocent family without remorse.

There is some confusion over why Kjetill all of a sudden turned sour when he arrived in Iceland, and fans are hoping to find out more about his motives in the new episodes.

As for Othere, there are also plenty of questions surrounding his agenda, as he was known to have changed his story a number of times.

He had already lied to Ubbe about his faith, which made Ubbe question what else he was hiding from him.

The tip of the iceberg came when Ubbe found out Othere was in possession of Floki’s ring. He immediately came to the conclusion Othere had killed his old friend. 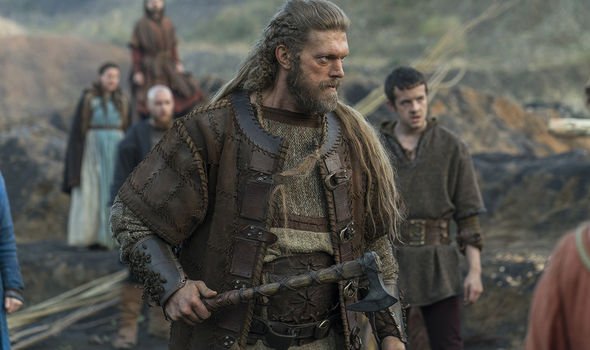 Following the release of the first half of season six, fans took to Reddit to discuss Kjetill and Othere’s characters.

Dusan17418 said: “The way Kjetill acted seemed as if he knew something more. Hope we find out soon. I think something more happened but we will see it when Ubbe goes to Iceland.”

Some fans have gone as far as to suggest Kjetill developed some kind of illness in Iceland which turned him insane.

Theveryrealfitz said: “Kjetill caught a brain parasite/developed dementia in Iceland and is falling to madness. Would be in-line with his reaction to his beloved daughter’s suicide in the last episode since he doesn’t seem to show any sort of normal reaction to it (unlike his wife).”

When it comes to Othere, some fans have even suggested he could be Floki in another form, as Floki was believed to be a higher being.

Psm1999 said: “Othere had Floki’s wedding ring and claims that Floki gifted it to him before he left the settlement naked.

“We know this to be false. Othere was not apart of the original party that settled in Iceland and it is unlikely that Floki would give his most treasured possession to a random.

“Floki gave up on humanity but he still loved Helga. The last words he uttered in the volcano was “Helga”. Othere had Floki’s wedding ring because he is Floki.”

Others have suggested Othere and Floki had visited the “Golden Land” together and had left him there. This could be why Othere seems reluctant for Ubbe to pursue Floki’s disappearance.