Vikings has been airing on History and Amazon Prime since 2013 and the show is now in its sixth series. Loyal fans have seen the days of Ragnar Lothbrok (played by Travis Fimmel) come and go, and his son Bjorn (Alexander Ludwig) has grown up to be a leader. Fans have reminded themselves of some of the earlier episodes in the series and have spotted a number of oversights – did you spot them?

The sets have been used before

The series has been airing for many years now and the production costs are likely to be very high with all the different sets and props involved.

Saving huge budgets for sets may not be the best way forward when perfectly good sets from other shows will do the trick.

Fans have noticed the set from the season five episode titled The Plan, which is set in Sicily, is the same set in the 2005 film Kingdom of Heaven starring Orlando Bloom.

In the film the set represents Jerusalem, but with a seamless transition fans would not recognise it as an old set in Vikings unless they looked very closely.

In the Vikings episode Bjorn heads to Sicily with Halfdan (Joona Jasper Pääkkönen), where they meet the Byzantine commander called Euphemius (Albano Jerónimo). 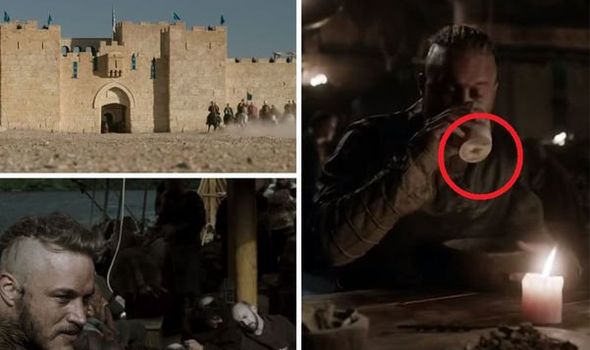 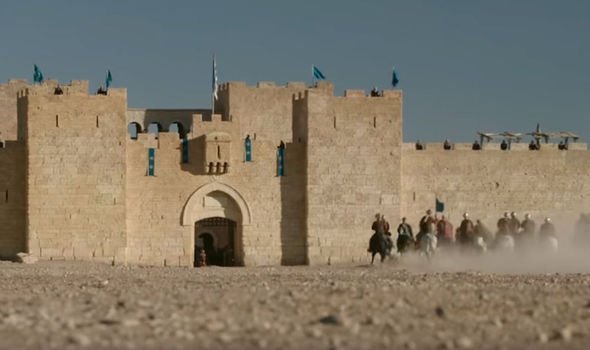 Some of the nude scenes have been censored

In the very first episode of Vikings, titled Raid, a young Bjorn is seen walking through the forest to find Floki (Gustaf Skarsgård) and his girlfriend, Helga (Maude Hirst).

Fans who have watched the series on platforms such as Hulu, and other streaming channels, may have noticed Helga wearing a slightly different costume.

She actually appears clothed in the original version of the episode, but she is fully naked in some versions, including the Blu Ray edition.

Some scenes have been heavily censored throughout the series, including scenes showing severe wounds, sex or nudity.

Movie-Censorship.com said: “Besides numerous cuts to the plot, there are also several scenes that had to be censored. All nudity was deleted and some of the violence was toned down here and there.” 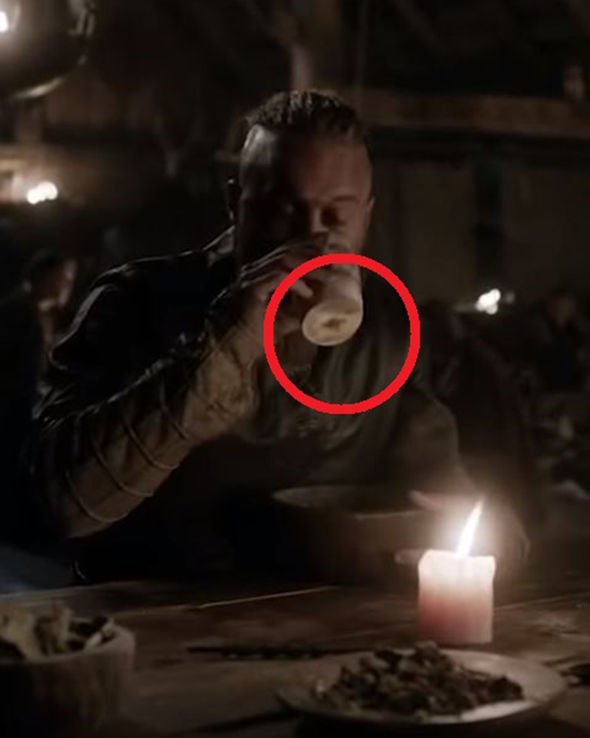 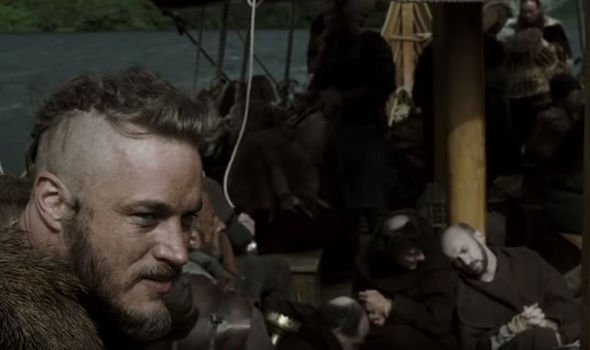 Eagle-eyed fans are good at spotting incidents where modern day items have been left in shots by mistake, and Vikings is no exception.

In the season two episode called Answers in Blood, Ragnar is seen eating and drinking on his own at the table and he is joined by his lover Aslaug (Alyssa Sutherland).

When he lifts up his cup to take a drink there is a UPC (Universal Product Code) sticker visible on the bottom of the cup, so it seems the crew forgot to remove one of the price tags.

This is not the worst error seen in a historical or fantasy series, as fans cannot forget the famous Starbucks cup error from Game of Thrones.

The weapons would not have held up

Vikings is loosely based on real history with some of the main characters being based on real life warriors including Ragnar Lothbrok and Bjorn Ironside.

The creators of the series have achieved a lot when it comes to making the huge battles and raids look believable, but fans have spotted one slip-up during one of the battles.

In season three, episode nine of the series, called Breaking Point, the vikings plan a sneak attack on Paris by going underwater to attack the bridge without being spotted.

Many of the vikings are using bows and arrows as weapons, but fans have pointed out in real Viking times bows would not have been able to handle any rain or moisture.

A brief encounter with water would have ruined the wood and the glue holding the weapon together, meaning their weapons would not have worked by the time they reached the target.

Swords and Axes were the primary weapons of choice during the Viking Age, with bows and arrows mostly used for hunting. Bows were made from yew, ash, or elm wood.

The priest’s hands were bound

Another inconsistency has been spotted in season one, during the episode called Dispossessed, which features the sorely missed character Athelstan (George Blagden).

In the episode Athelstan and another priest are being taken away from their homeland and they are tied up on a ship with Ragnar.

In the episode the priest laying next to Athelstan is dead and he his hands, which are held out in front of him, are bound with rope.

Shortly after his body is thrown overboard into the water, but fans have noticed the dead priest’s hands are untied and there is no sign of rope around his wrists.