ABC scored the highest primetime demo rating and viewership for the second Monday in a row with coverage of the Minnesota Vikings-Chicago Bears game.

Earning a 1.4 rating in the 18-49 demo and 7.54 million viewers, per fast affiliates, ABC’s MNF coverage shined bright against other networks’ primetime slates – which boasted reruns and holiday content. ABC’s latest Monday was down from its previous football coverage (1.5, 6.69M) but rose in viewers. The Monday showdown concluded with the Vikings dominating the Bears 17-9.

NBC featured a rerun of its Annie Live! production while CBS opted for a repeat of One Last Time: An Evening with Tony Bennett and Lady Gaga. Fox’s evening consisted solely of The Secrets of Christmas: Revealed (0.2, 1.18M)

Audiences can look forward to yet another night of reruns for CBS and NBC on Tuesday, while ABC opts for The Bachelorette finale and Fox puts on regional coverage of NFL Football. 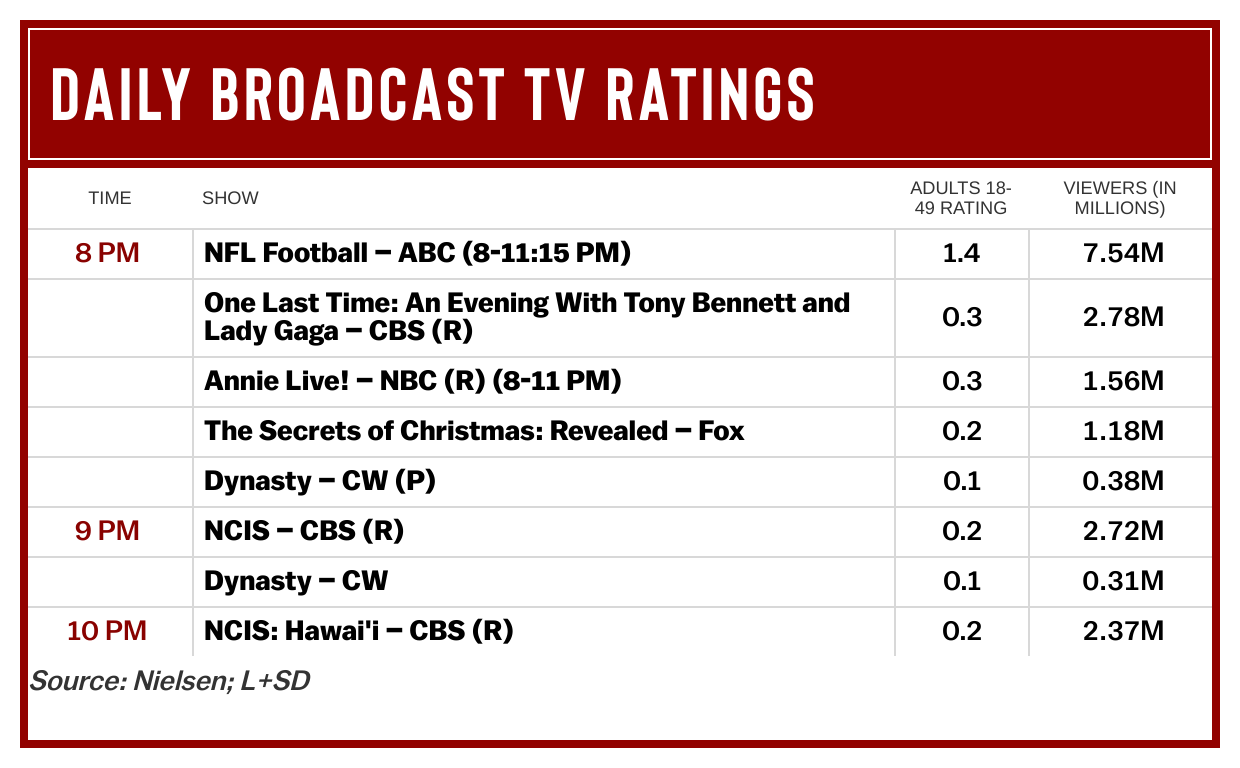 Axed From ‘The Equalizer’; ‘And Just Like That…’ Cast Addresses Assault Claims