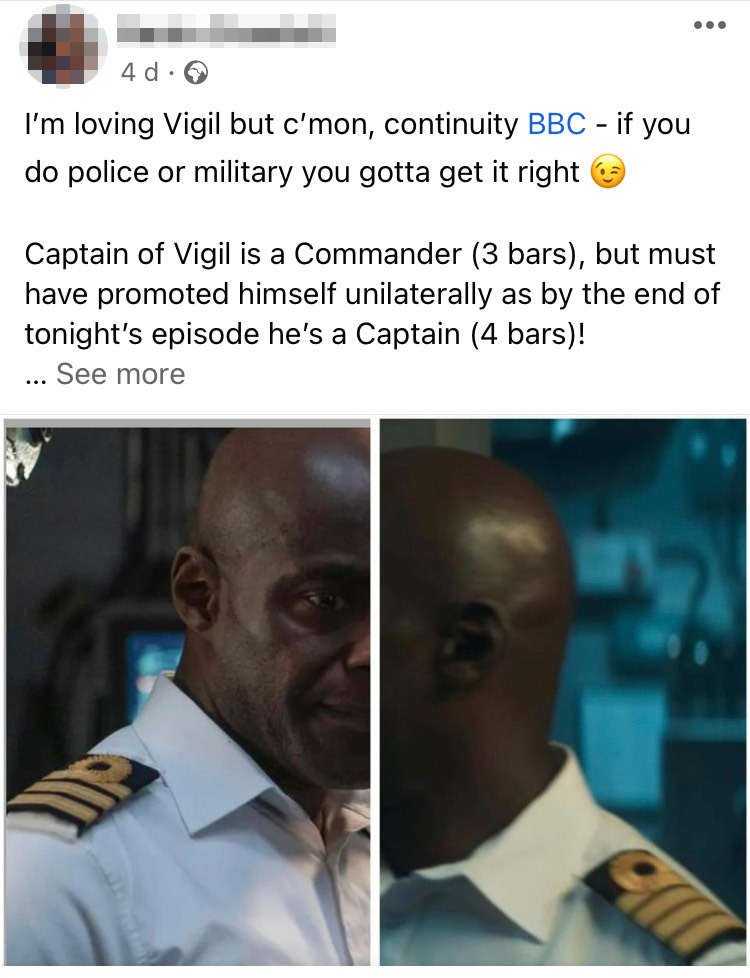 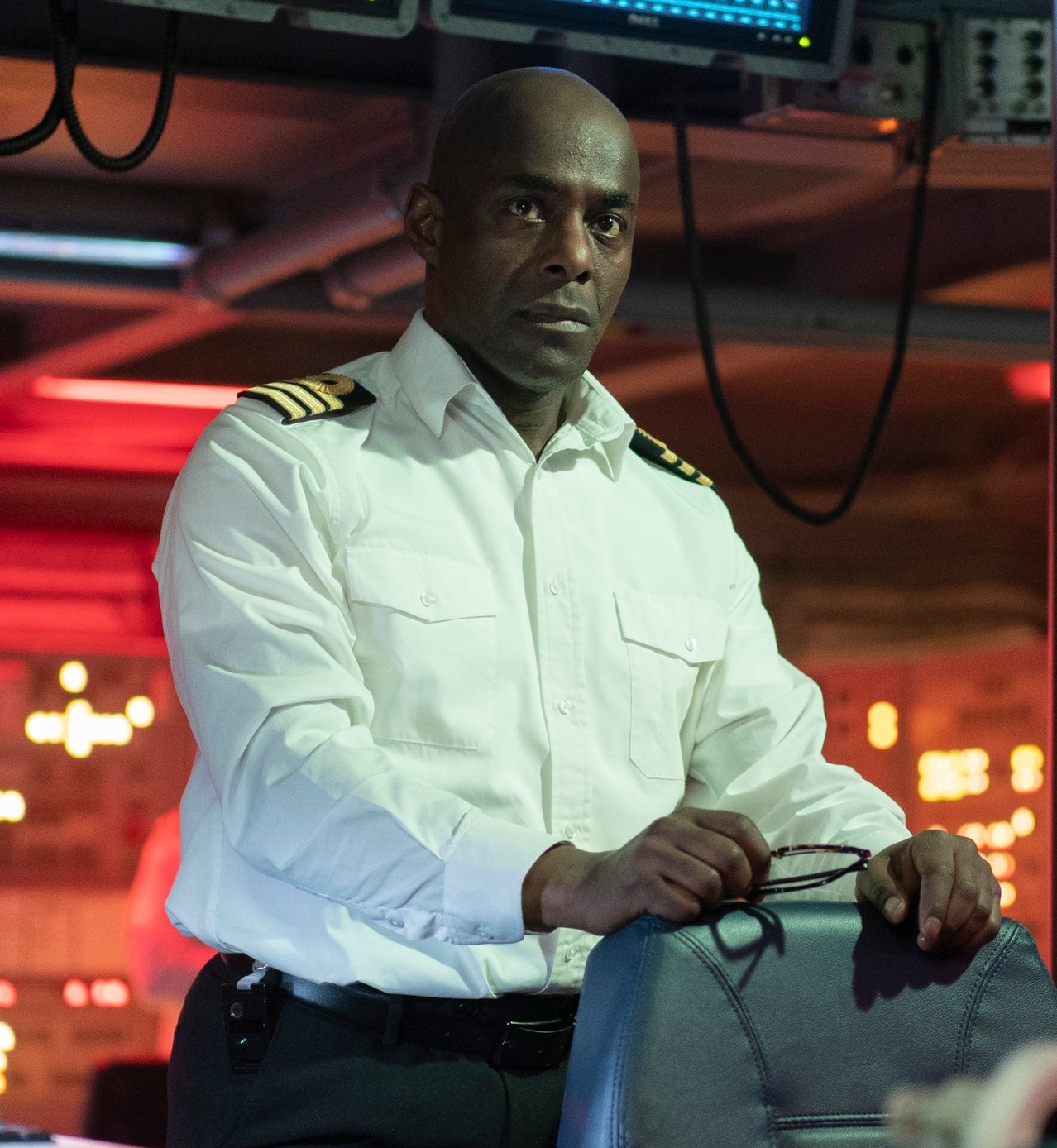 BBC One viewers were quick to point out the inaccuracies, with one writing: "The Commander has promoted himself to Captain mid patrol."

"I’m loving Vigil but c’mon, continuity BBC – if you do police or military you gotta get it right," a third shared.

Despite the blunder, the BBC shared a lighthearted response.

A spokesman said: “We’ve asked the Commander for an explanation regarding his shirt, but as viewers will know HMS Vigil’s comms system has recently been sabotaged by a traitor on board, so we may not hear back any time soon.”

The drama was not allowed to use real Royal Navy insignia in the show, so create their own, similar designs.

The BBC One show was left on an epic cliffhanger after DCI Amy Silva (Suranne Jones) found crucial evidence to help her identify the person behind Craig Burke's murder.

The detective chief inspector found out that chef Jackie Hamilton's son was getting released early from his 10-year prison sentence in Indonesia.

She thought things didn't add up so went to search her room and found some marks on her pillow case similar to something she saw Burke (Martin Compston) ingest before he died.

Silva went to Newsome with the new finding and said that she thought it was connected to her son.

The Captain of HMS Vigil asked for a full name broadcast and when the announcement was said out loud, coxswain Elliot Glover (Shaun Evans) looked very shifty and changed the direction that he was going in.

Silva waited five minutes before going to find Hamilton herself and was told by a crew member that the coxswain had gone to look for her.

Moments later the chef (Anita Vettesse) was found dead on the floor by the copper in the food cupboard.

Many fans are convinced that Glover is behind the murder of Burke.

One wrote on Twitter: "Right so I reckon the Coxswain is the Russian asset and made a deal with the Chef to kill Burke in order for Indonesia to release her son."

A second said: "maybe the Coxswain is a Russian, would explain his wandering accent!"