VANDERPUMP Rules star Charli Burnett revealed she gained over 45 pounds after falling into a "deep depression."

The Bravo star got vulnerable on social media by posting an unedited bikini photo of herself following her weight gain. 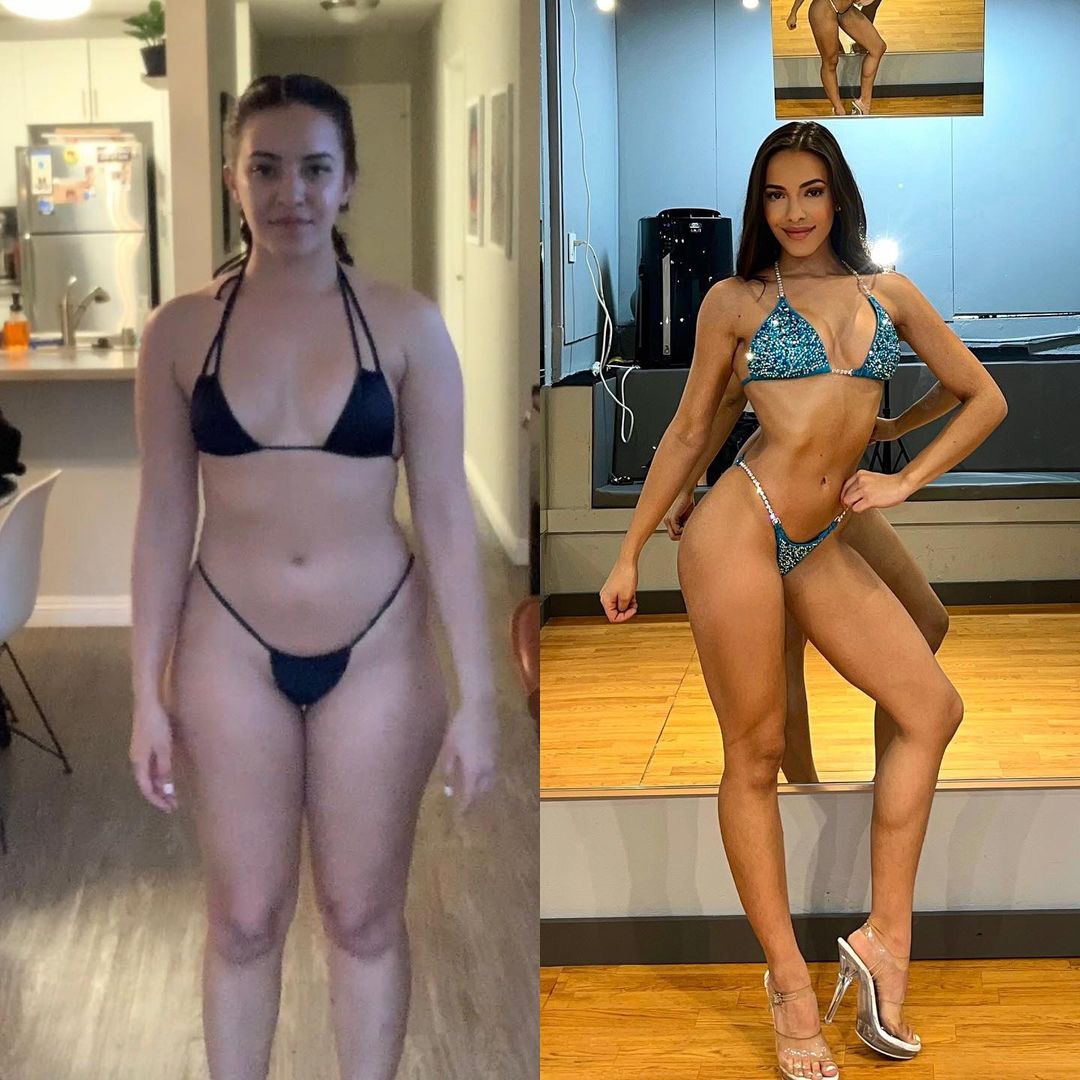 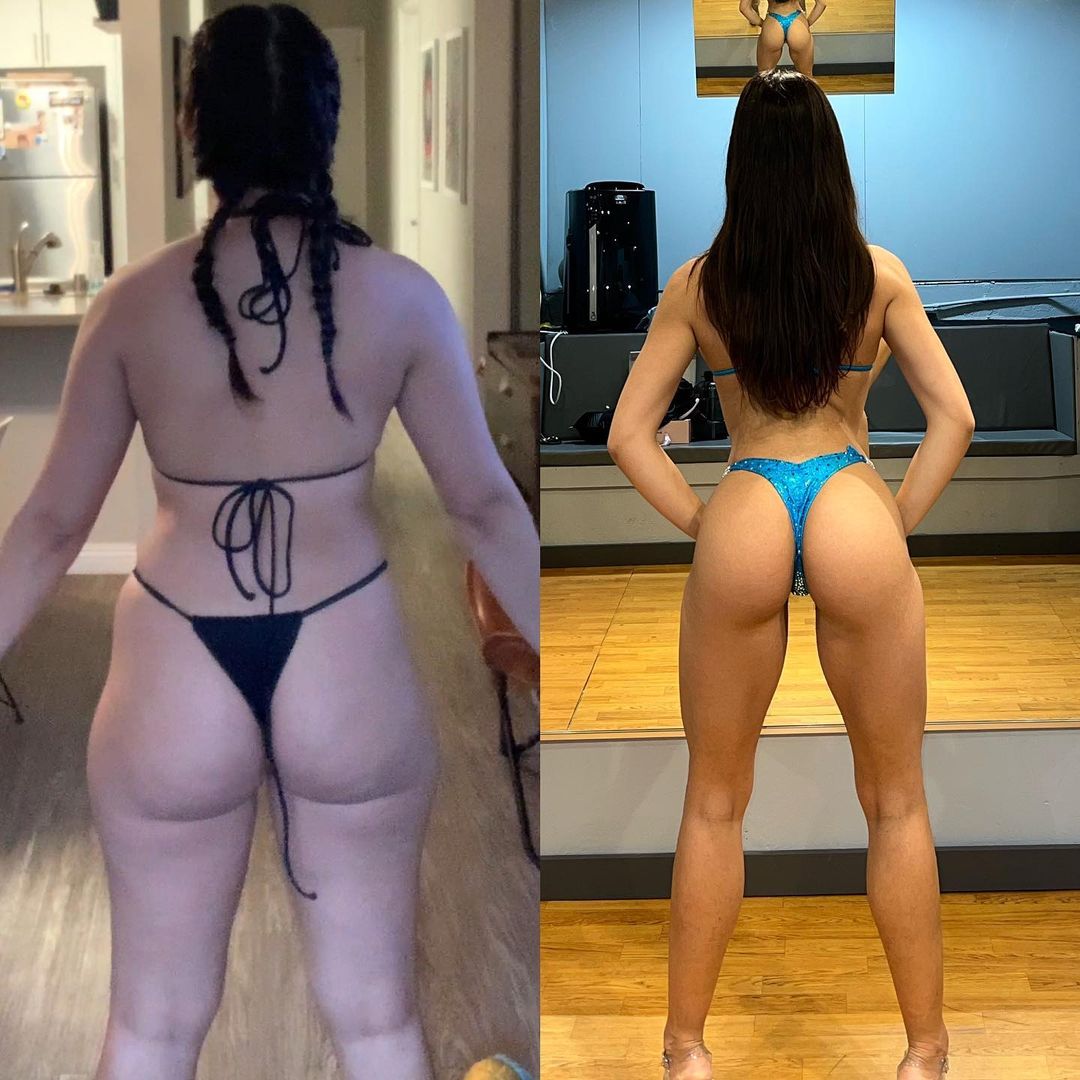 Charli took to Instagram to share her transformation, posting side-by-side pics of her before and after she made fitness her priority.

In one snap, the reality star is donning a tiny black bikini baring her belly and thighs.

She wore a fresh face sans make-up with her then-short brunette hair pulled back into two braids.

In the second shot, a more confident Charli, stood proudly in a two-piece sparkly blue bathing suit while posing for the camera.

She showed off her toned figure and chiseled abs while smiling for the shot, wearing clear high-heels.

The star showcased her tan skin, wearing make-up and her long dark locks flowing down.

She also shared mirrored pics of her from behind in both shots, capturing her body then and now.

The 24-year-old captioned the post with a lengthy message writing: "I’ve been so reluctant to post anything about my journey with the fears of being judged, rude comments, or still not accomplishing my entire goals in time.

"But my friends convinced me I should start being more vulnerable & myself on the internet ( advice I get told allll the time lol) Here we go!"

She continued: "So the start of 2020 I lost everything… my career, my independence, and myself. I fell into a deep depression eating & drinking every single day. I was at rock bottom."

Charli then went on to detail her past health struggles and how she overcame her insecurities surrounding her body.

"Then I got surgery which helped my foot but hurt me mentally & physically. I gained over 45+ pounds and was unsure if I would ever feel like “Charli” again.

"Through this journey I’ve learned so much about myself! I have a better relationship now with food more than ever, I’m confident with this new women I am, and I really learned I can do anything I set my mf mind too.

"So can you!!! This is a post to help motivate anyone who feels like they have no hope to keep going. Life sucks & it’s super unfair. But at the end of the day you have to show up for you and do the hard shit! #bikinipreplife #bodybuilding #bodypositivity," she concluded.

The TV star received a slew of supportive comments on the post, including from some of her Bravo co-stars.

In a recent episode of the show, Charli opened up about her struggles with food during an altercation with Lala Kent.

Lala, 31, ended up calling Charli a b***h during dinner with some of the girls, as the fight quickly reverted back to an old comment that Lala made about not eating pasta because it makes people "gain weight."

She followed up the episode by explaining on her Instagram Stories why Lala's comments were so triggering for her.

“Last nights [sic] episode was a very vulnerable one for me," she wrote. “Being in a position that magnifies my biggest issue of being misunderstood due to my lack of words not knowing the effect it would have after.”

After admitting that she is healing from her past struggles with food, she wrote: “I hope after this episode you are able to understand me a little more and know that I’ve grown so much from that point. I’ve forgiven my past & people involved in my past and just want to move forward.”

Season nine of the series aired last month and already offered tons of drama after its one-year hiatus due to the Covid-19 pandemic.

While many of the original ladies returned, there was a shake-up with the cast as Kristen Doute, Stassi Schroeder, Jax Taylor, and Brittany Cartwright were fired from the show for making racist comments about former cast member Faith Stowers.

Stowers said the police were called on her after her former castmates accused her of a crime she didn’t commit.

Additional changes were made in the cast including Scheana's partner Brock Davies and one or two of her babies may be on the show, as well as Lala Kent’s six-month-old daughter Ocean. 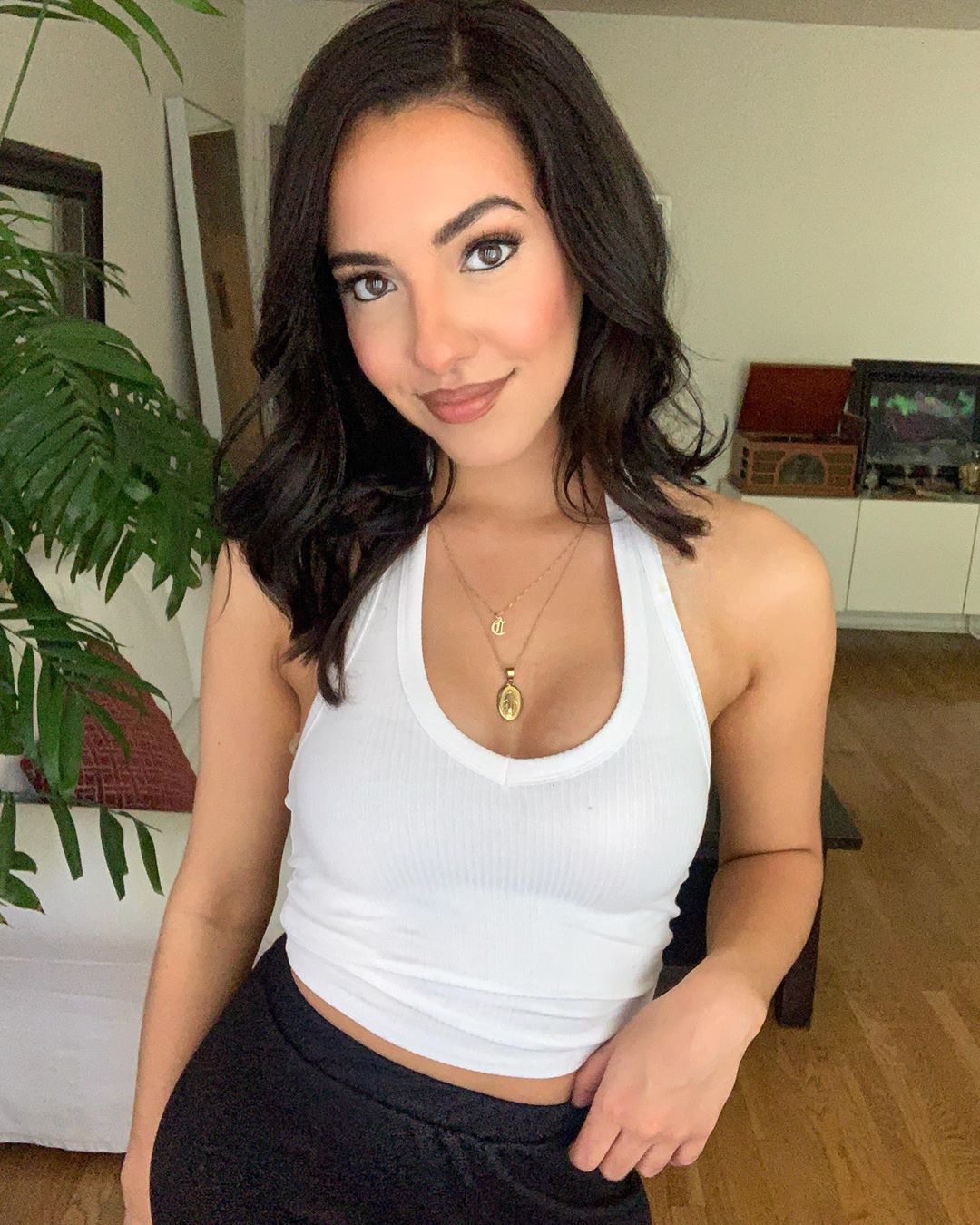 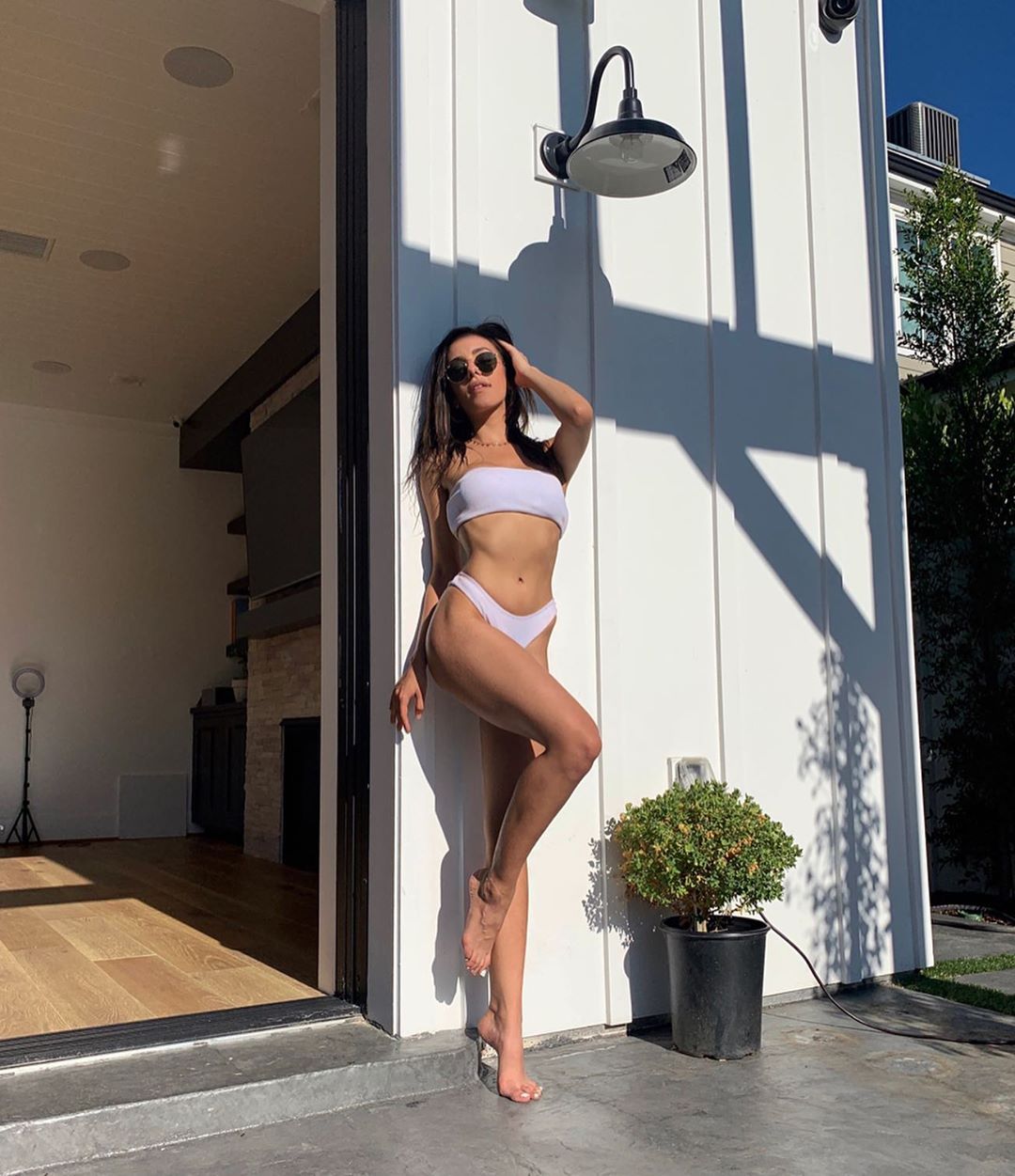 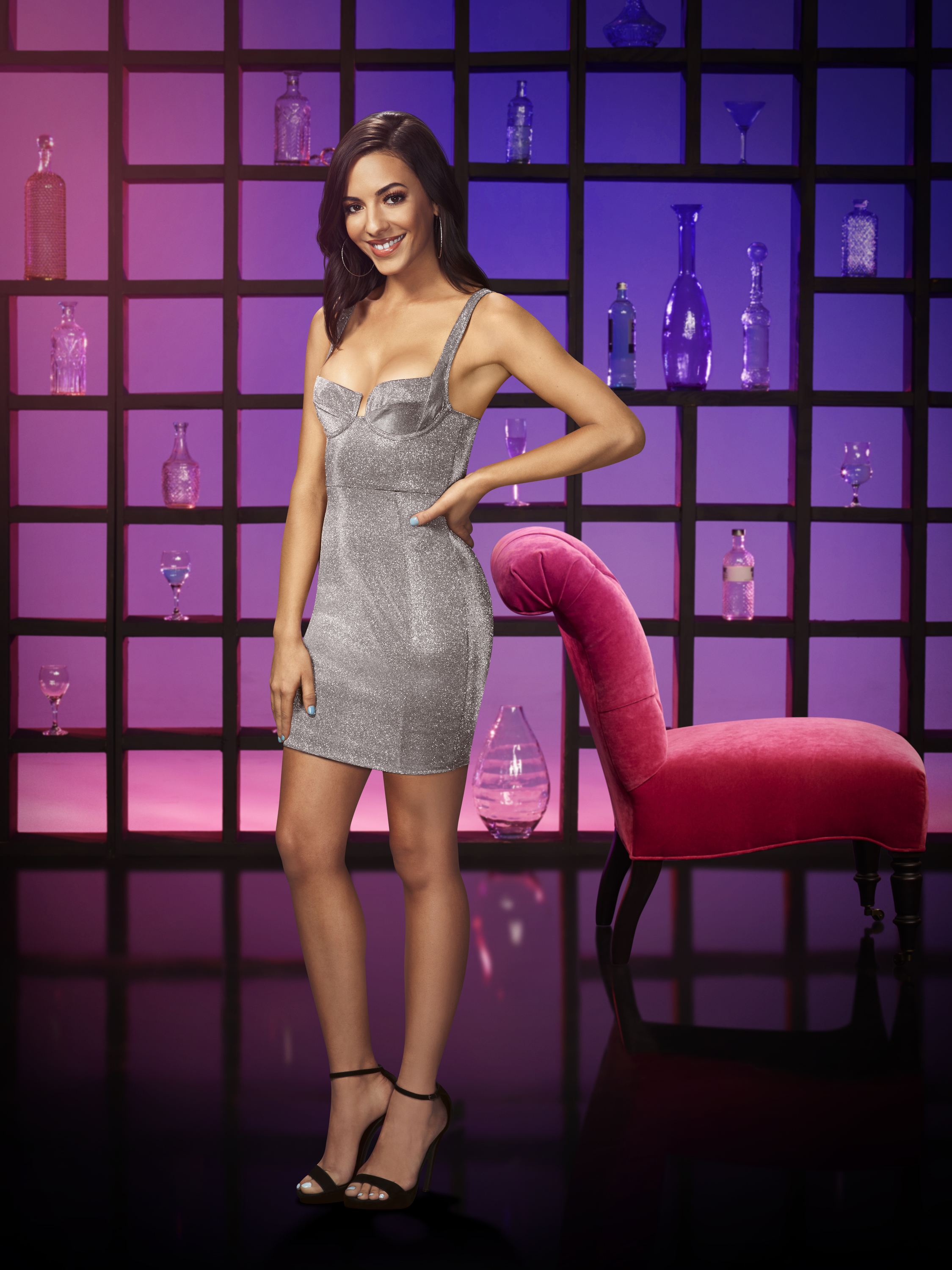 Every Episode of Marvel's 'What If…?' So Far, Ranked

Hate to Break It to You, but the Real Bly Manor May Be Impossible to Find