Tyrone Dobbs (Alan Halsall) does what he does best in Coronation Street next week, as he shows up at Phill Whittaker’s (Jamie Kenna) home to defend Fiz Stape’s (Jennie McAlpine) honour.

Phill, you see, is harbouring a major secret, one which comes to light next week when Hope (Isabella Flanagan) makes a discovery on her stepdad’s laptop.

Her first instinct is rage, as she enters the digger outside their new home and pulls a lever, sending the arm of the digger straight through Phill’s windscreen!

Fiz, meanwhile, is devastated by her beau’s betrayal, and thus retreats back to the street. Tyrone, quick to defend her honour, heads out to pick up her belongings from Phill’s, and he soon encounters his love rival.

The above clip, taken from Wednesday’s (May 25) edition of the ITV soap, previews the scene in question, as Ty berates Phill for breaking Fiz’s heart. 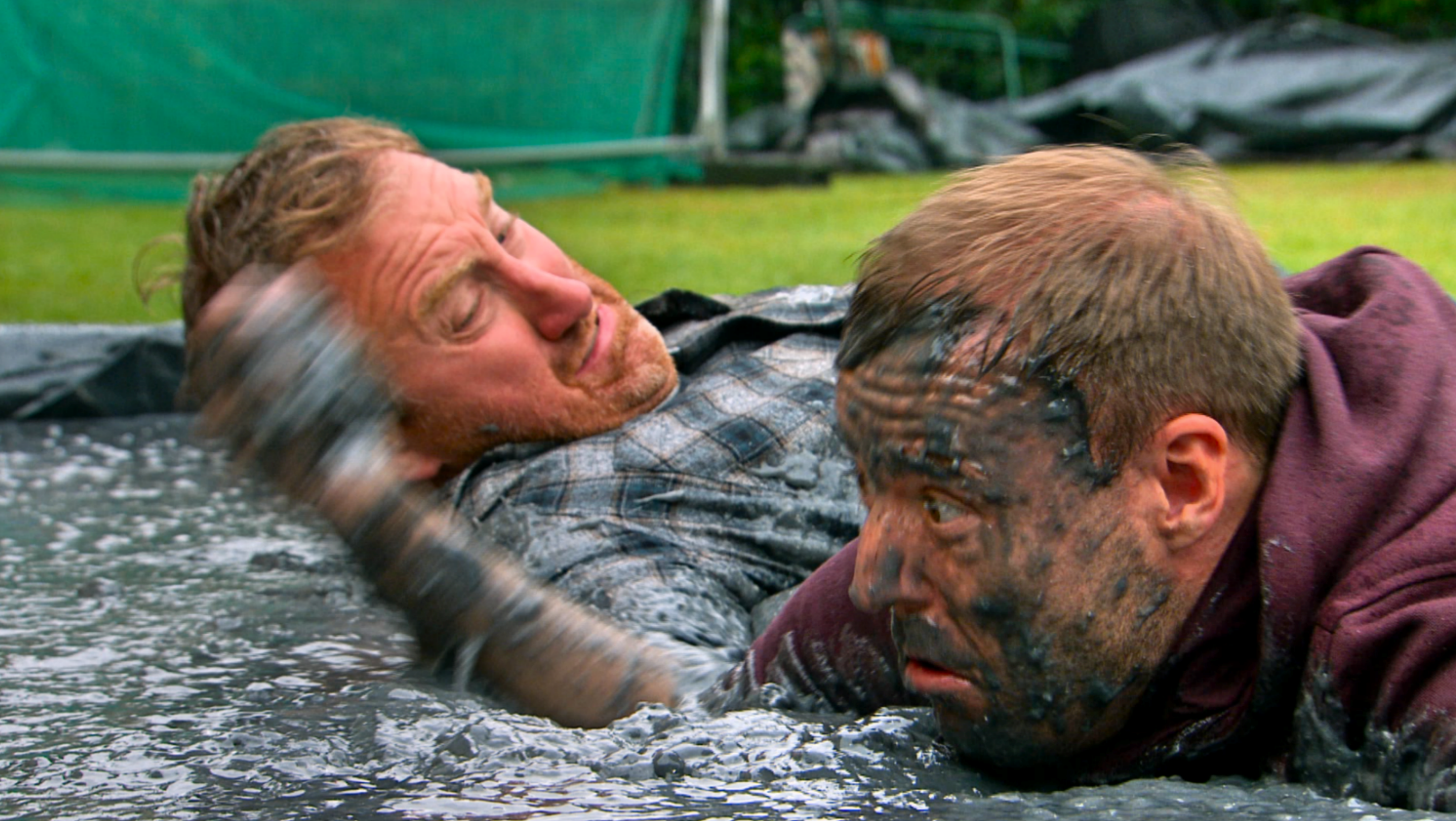 Phill is quick to turn the tables, reminding Ty that he did the very same when he dumped Fiz for Alina Pop (Ruxandra Porojnicu), resulting in an altercation ensuing.

Phill, however, loses his balance and grips onto to Ty for support, resulting in the pair falling into wet cement!

Tyrone struggles to process what has happened, as he lands face-first in the cement! Will he and Phill continue to brawl? Or will they call a truce?

Given it’s these two involved, we’re struggling to tell!

Coronation Street airs these scenes on Wednesday May 25 at 7:30pm on ITV.