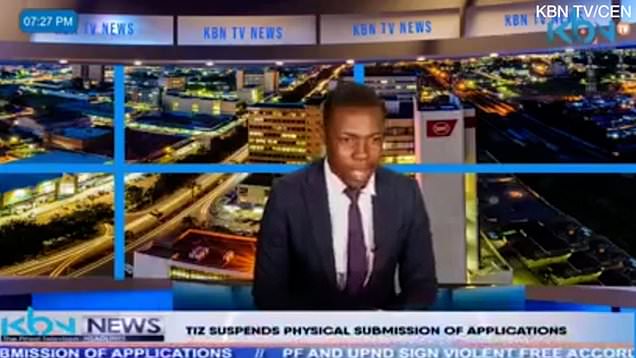 A Zambian TV presenter interrupted a live news broadcast to claim on-air that he hadn’t been paid by the news station.

On Saturday evening, Kabinda Kalimina was reading out the top news stories on KBN TV News (Kenmark Broadcasting Network) when he made an unexpected accusation on air.

Having taken a deep breath, Mr Kalimina began by stating: ‘I work for the news ladies and gentlemen. We are human beings. We have to get paid.’

He then added: ‘We haven’t been paid,’ referencing himself and other colleagues working for KBN TV.

After Mr Kalimina made his statement on air, the live feed showing him in the studio was cut to the opening montage for the news channel. 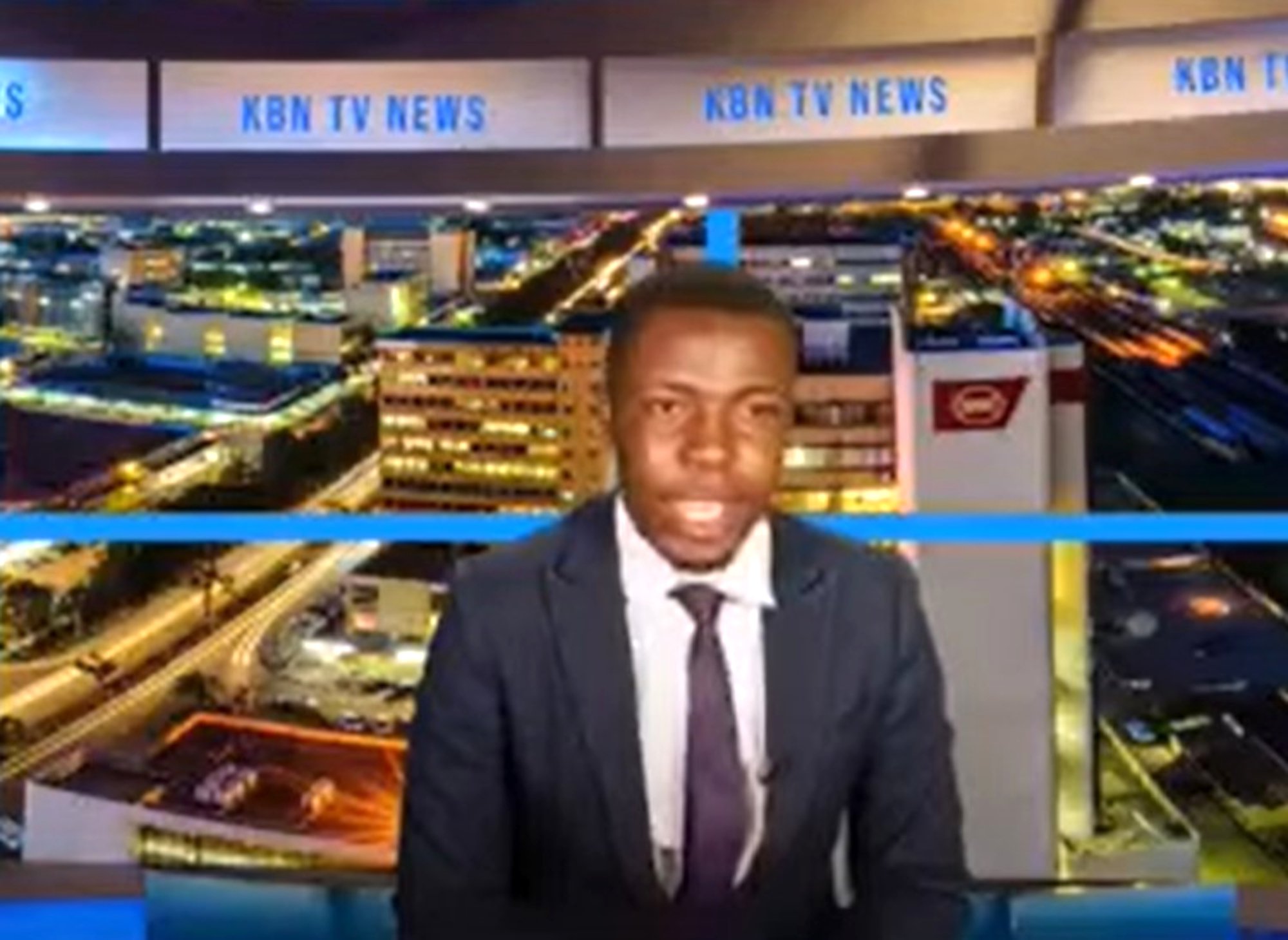 Mr Mambwe accused Mr Kalimina of being ‘drunk’, stating: ‘As KBN TV, we are appalled with the drunken behaviour exhibited through a video clip that has gone viral on social media and staged by one of our part-time presenters during what should have been the main news bulletin last night.’

The chief executive praised the work of the TV channel’s ‘very highly talented and professional team’, with ‘gallant men and women’ representing the organisation over the past two years.

He stated that KBN TV has ‘very well-established grievance procedures for all members of staff through which they can channel their complaints’.

‘Therefore, last night’s behaviour by Kabinda Kalimina is out of character and does not represent who we are as a station,’ he wrote.

‘We strongly condemn that despicable behaviour and urge members of the public to treat that “One-Night stunt of Fame” with the contempt it deserves.’

Mr Mambwe said that ‘investigations’ are being carried out ‘to determine how a drunken part time presenter found himself on air unabated and disciplinary action will be taken against anyone who may have been party to the scheme’.

On Facebook, Mr Kalimina defended his actions, stating: ‘Yes I did that on live TV, just because most journalists are scared to speak out doesn’t mean journalists shouldn’t speak out.’