Chris, 44, spoke on Good Morning Britain today about the success of the 27th series of Top Gear after several shake-ups to the presenting line-up in the past couple of years.

Following Sunday night’s episode of the popular BBC motor show, viewers were concerned about the pranks occurring between the presenters, with Freddie, 41, smashing a watermelon on Chris’ head.

Some fans claimed Freddie and Paddy, 45, were “bullies” but the BBC made it explicitly clear to Express.co.uk: “Top Gear’s producers do not, and never will condone bullying in any shape or form – on or off screen.”

When asked about working with Freddie by Piers Morgan, 54, Chris admitted he “loved” working with the former England cricketer, but did admit he “wasn’t prepared” for the level of mischief.

Discussing the increase in viewing figures due to the new presenting line-up, Chris explained: “It’s the most viewed show on BBC two this year.”

Piers went on to say: “Working with Freddie Flintoff, he’s an old mate of mine, he’s a big unit Fred. Has he been throwing you around like a rag doll?”

“I love a bit of rough and tumble. I was brought up that way. I went to school that way but I wasn’t prepared for it,” Chris replied.

“And I love it. That’s what it should be about. If you go and mess around with your mates, you get into rough and tumble.

“Then you remember you’re in your mid-40’s and you can’t land the way you used to. So, it’s great fun.

“He’s strong. He picked me up and throwed me around like I throw around my nine year old. He’s as strong boy,” Chris joked. 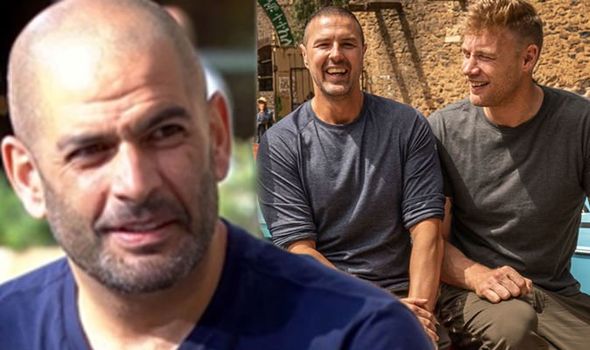 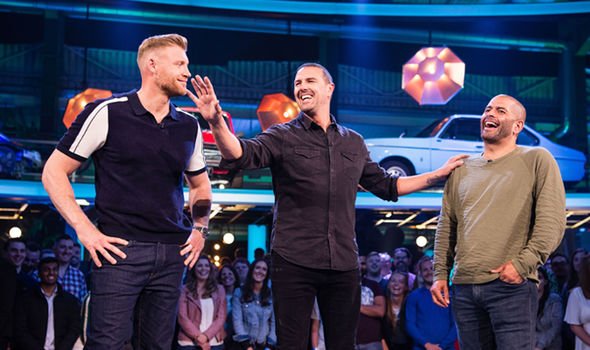 Chris had spoken about his relationship with Freddie and Paddy ahead of the show’s return a few weeks ago to press, including Express.co.uk.

Of the pranks, Chris said: “A bit of rough and tumble is great, we’re quite idiotic when it comes to the physical stuff.

“The dynamic of three people, if you’re in the pub with your mates, there’s always a bit of ganging up isn’t there. There’s always one who ends up getting pressured or having the mickey taken out of them.

Freddie explained they all find themselves in the firing line at one point, adding: “I think when you start watching the series and the episodes, it’s not just Chris.

“At one point, we all get our moment where there’s two on one and it just keeps changing all the time depending on what we’re up to.” 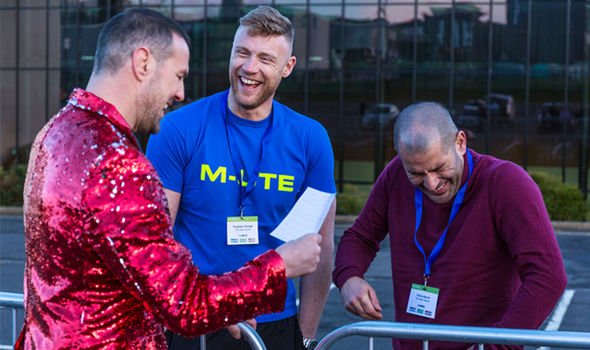 In response to the claims made by viewers following Sunday’s programme, the BBC said: “As we hope the series has demonstrated so far – Paddy, Freddie and Chris have become true friends who enjoy teasing each other relentlessly during every challenge the producers set them.”

Chris also took to Twitter to address viewers concerns, posting: “Need to tell you all that Fred and Paddy are two of the kindest people I’ve worked with.

“We’re good pals and I’ve never felt remotely picked-on. I’m small – so what? We all give as good as we get.

“And who gets to slide the supercars? Me! It’s just telly, and I’m loving it!” Chris added.

When speaking ahead of the series return, Chris commended the new line-up and even stated they were going to be “better” than the team over at The Grand Tour.