Campaigning for Oscar love this season are two movies with strong feminist themes, but Sarah Polley’s”Women Talking” and Gina Prince-Bythewood’s “The Woman King” hardly qualify as “women’s pictures.” (Remember those?) Women crafted these movies in hopes of finding a wider audience, with mixed results: Prince-Bythewood grossed $94 million worldwide, but Polley’s just-released film is off to a slow start.

Now they face another numbers game, at the Academy. Despite Herculean efforts to diversify and expand its ranks since 2015, the Academy voting pool is still 66 percent male and 81 percent white. That means the Steak Eaters, the rank-and-file males who vote for movies like “Unforgiven,” “Braveheart,” and “Gladiator” (as well as “Crash” over “Brokeback Mountain”) are not necessarily rallying to their sides.

These films could gain slots among the top 10 Best Picture contenders, as well as the more intense Best Director race, which could wind up all-male with the likes of James Cameron, Steven Spielberg, Todd Field, Martin McDonagh, Daniels, and S.S. Rajamouli in the running.

The arcane process of counting Best Picture votes with 10 guaranteed slots means that a movie could squeeze in with 900 or fewer votes out of an expected pool of 9,000 (out of a potential 10,000) voters.

Pedigree: Dede Gardner, the first woman to win two Oscars for Best Picture (“12 Years a Slave” and “Moonlight”), is vying for her third Best Picture win (along with her Plan B producing partner Jeremy Kleiner). Another Oscar-winning producer, Frances McDormand (“Nomadland”), brought Plan B “Women Talking,” Miriam Toews’ 2018 book about eight Mennonite women who hole up in a hayloft to decide whether to stay or go after discovering that they and their daughters have been repeatedly sexually abused by men in their colony.

Auteur Advantage: Gardner pitched the book to Canadian auteur Sarah Polley, who could win Adapted Screenplay for her dazzling verbal debate among eight women whose raise their consciousness before our eyes. She is also the likeliest woman to make it into the intensely competitive director’s race. Like fellow Oscar-contending auteurs Emerald Fennell (“Promising Young Woman”) and Greta Gerwig (“Lady Bird”), Polley is a known entity as an actress (“The Sweet Hereafter”) and director (“Away from Her”), wrote the film herself, and brings her brainy charm to the awards circuit.

Gardner has another film this year, with less traction in the awards race: #MeToo expose “She Said” (Universal, Metascore: 74). Directed by Maria Schrader and adapted by Rebecca Lenkiewicz from the non-fiction book by New York Times writers Megan Twohey and Jodi Kantor, it stars Carey Mulligan and Zoe Kazan. Adapted Screenplay is its most likely nomination. (“She Said” grossed $11.5 million worldwide.)

Awards Attention: “Women Talking” is on the National Board of Review and AFI Top Ten Films of the Year lists. It won the Robert Altman Award at the Indie Spirits for Best Ensemble as well as nominations for Feature, Screenplay, and Director; landed six Critics Choice nominations including Picture, Ensemble, Director, Adapted Screenplay, Score, and Supporting Actress; and two Golden Globes nods for Score and Screenplay.

Bottom Line: Critics pushed the film all season. The question is how many Academy voters (many male and/or international) will watch and admire this American story. 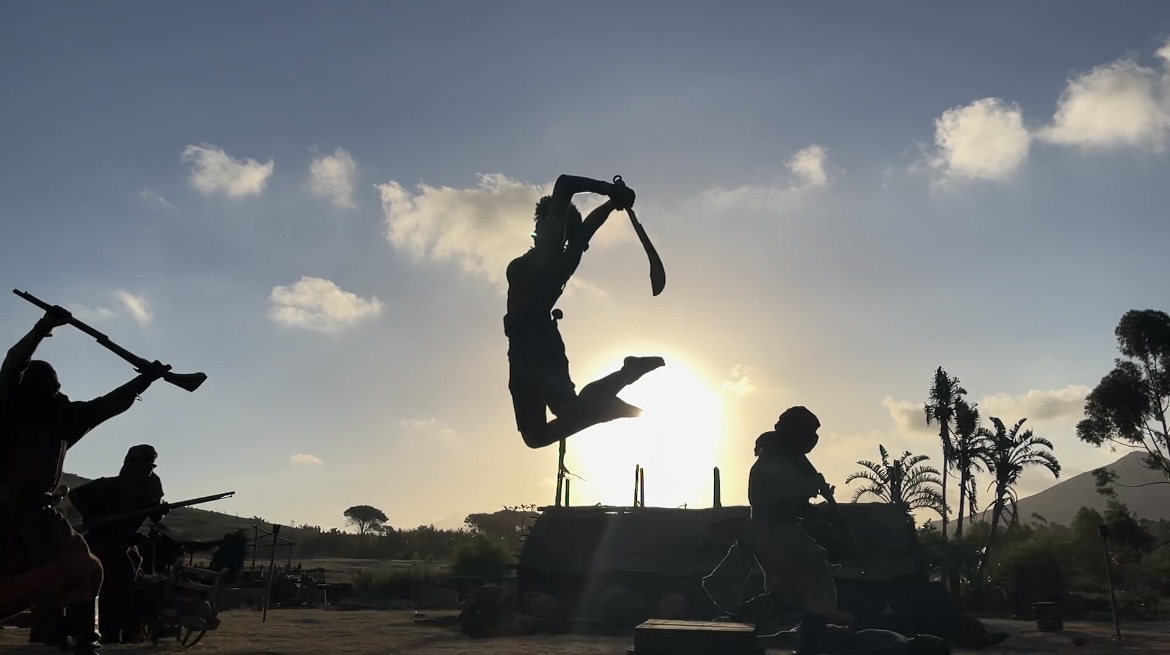 Pedigree: Actress Maria Bello (“A History of Violence”) traveled through West Africa and discovered the story of the real Amazons, the Agojie women warriors of Dahomey. She developed a treatment and brought together a star-producer, Oscar-winner Viola Davis (“Fences”), and veteran Oscar-winning producer Cathy Schulman (“Crash”). They set it up at TriStar with executive Hannah Minghella, and hired screenwriter Dana Stevens (“For the Love of the Game”). Executive Nicole Brown championed her historic action script and persuaded Tom Rothman, chairman and CEO of Sony Pictures Entertainment’s Motion Picture Group, to greenlight the $50 million movie.

The key to the movie’s box office, driven primarily by Black women, was its character-driven narrative and crystal-clear action sequences — and a robust marketing push from Sony. Whether the studio is selling Academy voters is another matter.

Auteur Advantage: Proven director Prince-Bythewood (“Love and Basketball,” “The Old Guard”) was a huge plus; she helped overcome years of resistance to a virtually all-Black cast led by women in an historic period action picture set in Africa. She knew how to stage action, but she also coined a new Hollywood phrase: the “intimate epic,” which became the production’s mantra.

The downside: Prince-Bythewood is not a writer-director. That could be a disadvantage with Oscar voters.

Awards Attention: The film placed on top 1o lists from the African-American Film Critics Association Awards, AFI Film Awards, and National Board of Review, where it also won Best Score for Terence Blanchard. Viola Davis notched the film’s only Golden Globe nomination, for Best Actress in a Motion Picture Drama, as well as one of four Critics Choice nominations for the film, including Director, Ensemble, and Costume Design, but not Best Picture or Original Screenplay. And on the Oscar shortlists, “The Woman King” only landed one craft slot, for Score. More categories would have brought more potential for being seen by voters.

Bottom Line: “The Woman King” is accessible mainstream entertainment that pulled moviegoers to theaters. Whether Academy voters take it seriously is another question. It’s a genre film, but so were Best Picture winners “The Silence of the Lambs,” “Braveheart,” and “Gladiator.” With 10 slots to fill, it doesn’t take many votes to land a Best Picture nomination. So there’s a shot there. Director is much harder.

Would a lauded male filmmaker have an edge over Prince-Bythewood? The answer is yes.

Emmerdale spoilers: Paddy Kirk devastated as he catches Chas having an intimate moment with Al Chapman