The celebrity cook had a nightmare on Monday's show when the cauliflower dish accidentally erupted out of the top of a food blender. 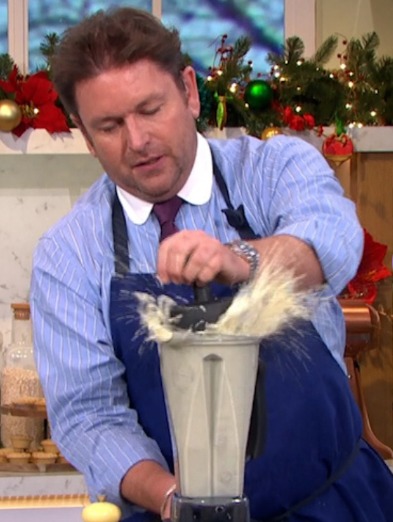 The presenter told him: "In the top of this soup that I've pretty much eaten there was a brown skid mark."

Looking visibly annoyed, James replied: "Do you know I got up at 5 o'clock in the morning to come here?"

However, some viewers felt Phillip was too tough on James, with one calling in and telling him: "I think you've been a bit mean."

The chef had a terrible day in the kitchen on This Morning while making cauliflower winter soup. 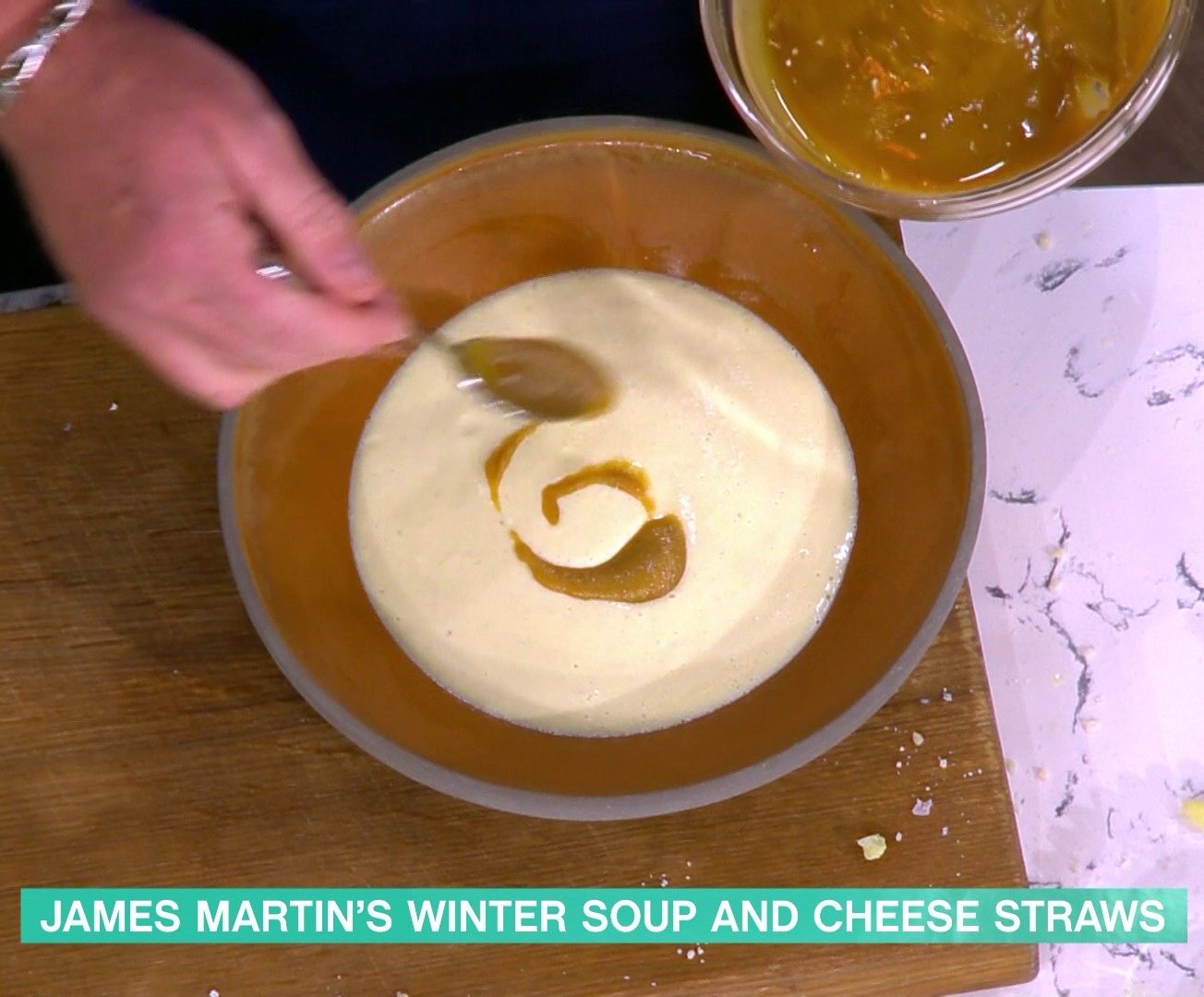 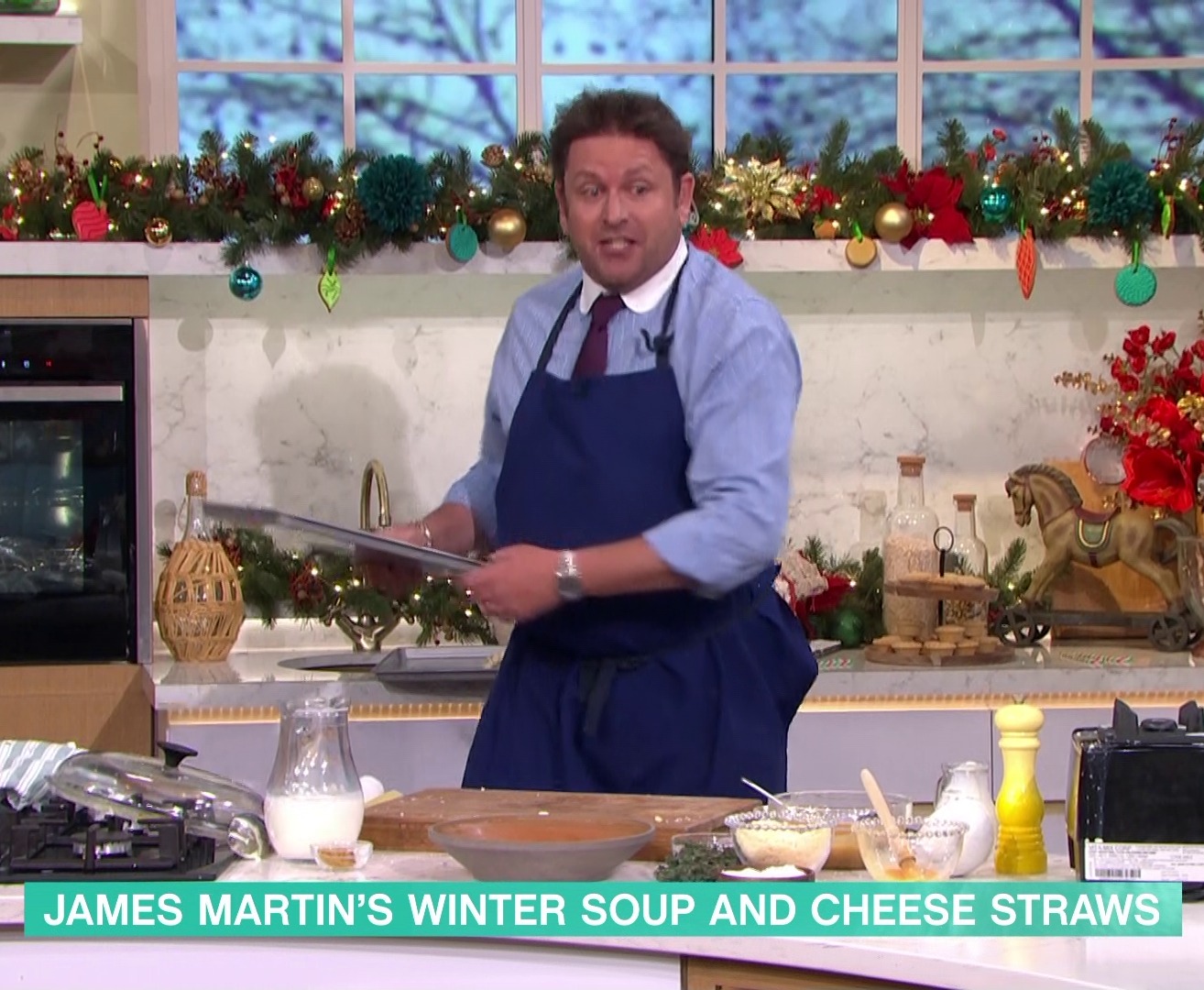 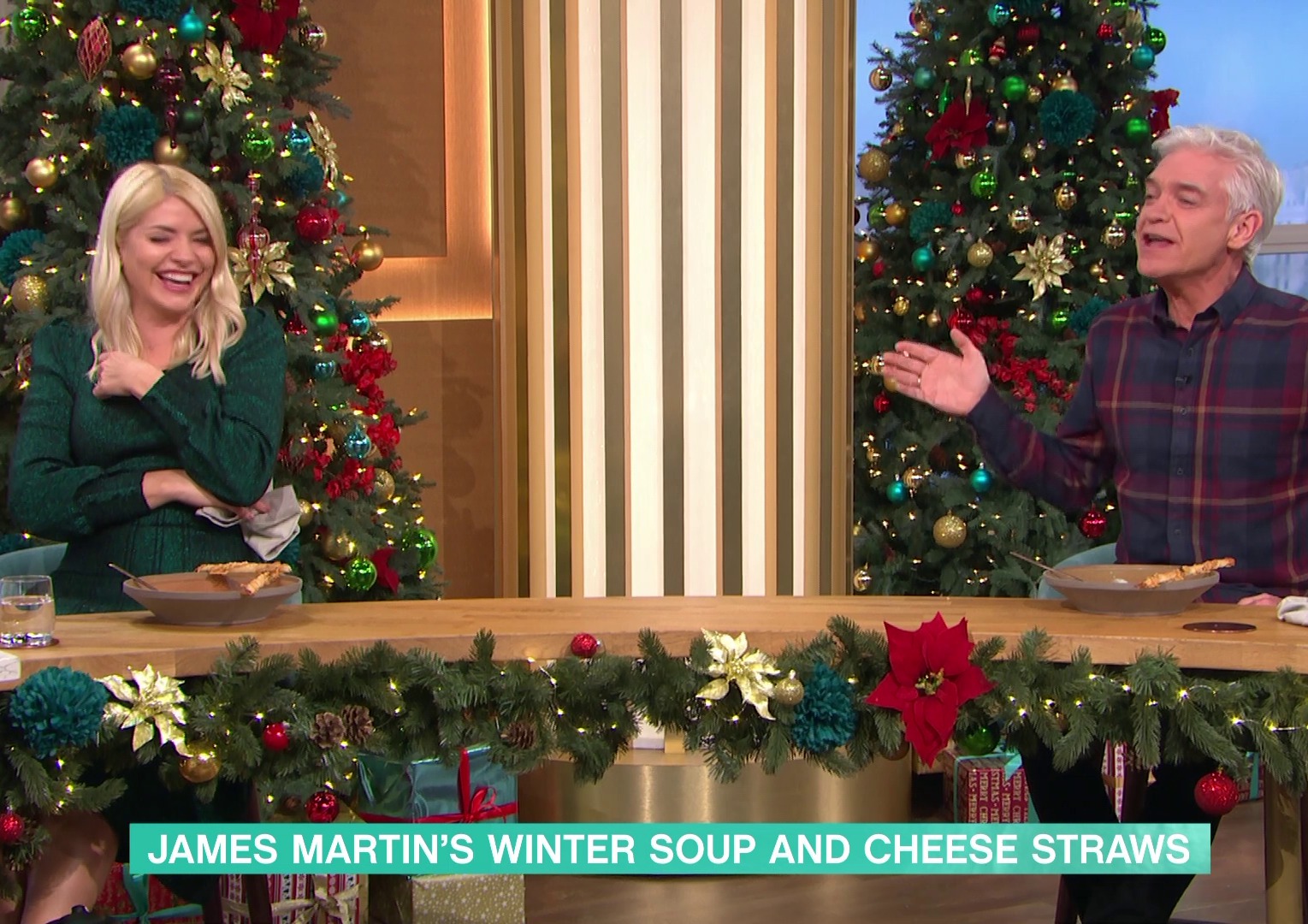 However, when he attempted to mix it in a blender, the mixture exploded all over the kitchen and floor.

Holly and Phillip collapsed in hysterics with her telling him: "You're having a really good day aren't you. Oh James."

The blender blunder – which saw liquid cauliflower blasted all over the studio – left many viewers in hysterics.

One wrote: "During the first lockdown we had John Torode setting a tea towel on fire.

"During the second lockdown we’ve had James Martin failing to put a lid on a blender properly with soup going everywhere."

Another tweeted: "James was hilarious cooking. Just goes to show that even the best can make a mess of cooking."

It wasn't the first blunder to befall the show, which today revealed a huge festive makeover including 21 Christmas trees.

Holly, Phillip and guest Matthew Wright had to make a run for it when a camera in the ceiling started clanking and moving around.

Kim Kardashian Has Been Trying to 'Stay Positive' for the Kids as Kanye West Split Looms: Source