EAMONN Holmes was berated by This Morning bosses on his last show after he flouted social distancing rules.

The 61-year-old star and co-presenter – and wife – Ruth Langsford were talking to Matthew Wright, who was sporting a mullet. 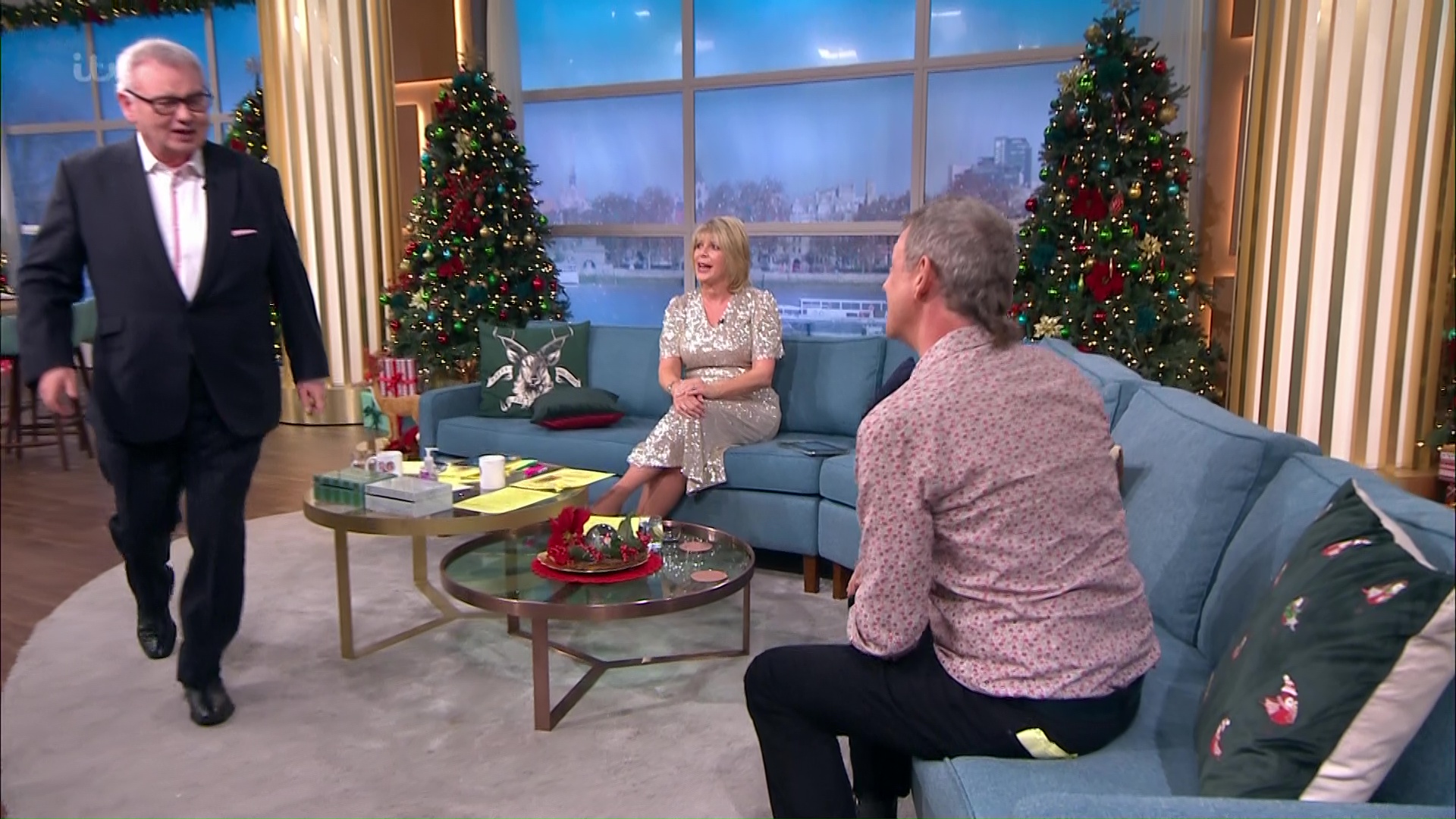 Eamonn, in disbelief, walked over to check out the back of Matthew's head, and as Ruth called him back, he was spoken to in his ear by producers.

The pair are stepping down from their regular hosting gig on the show after 15 years to make way for her and Dermot O'Leary.

The decision has attracted a significant backlash from viewers unhappy that their favourite presenters are being replaced. 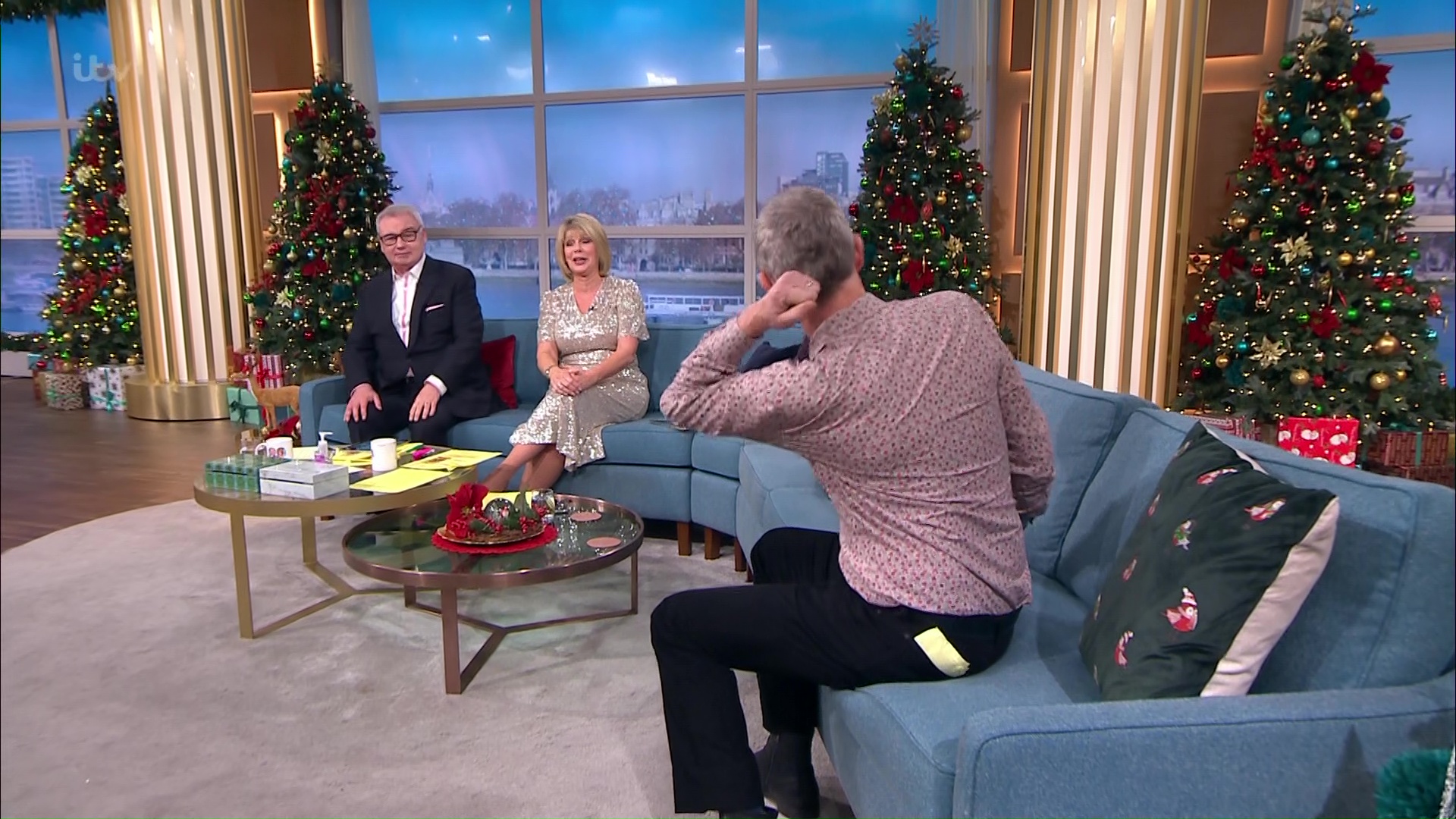 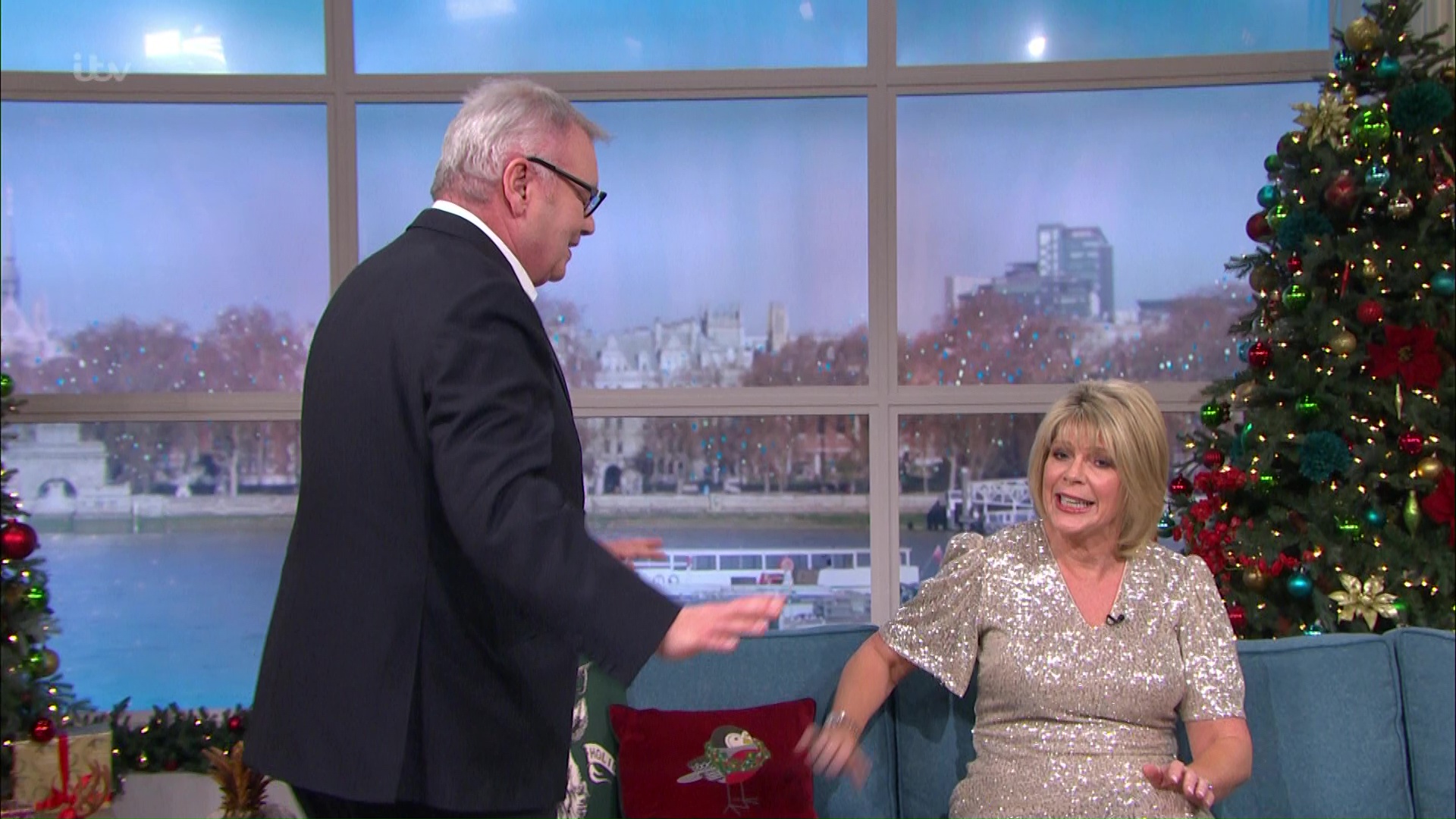 But in his parting words to viewers, Eamonn asked fans of the show to be "nice and lovely" to the pair saying he was "very close" to Alison.

He said in the final moments of today's show: "You won't be watching us any more on Friday.

"Alison Hammond and Dermot O'Leary, they're going to be here on Friday from here on in.

"Please can we ask you to be as nice and lovely to them, friends of ours as they are, we're very close to Alison, as you have been to us for the past 15 years. 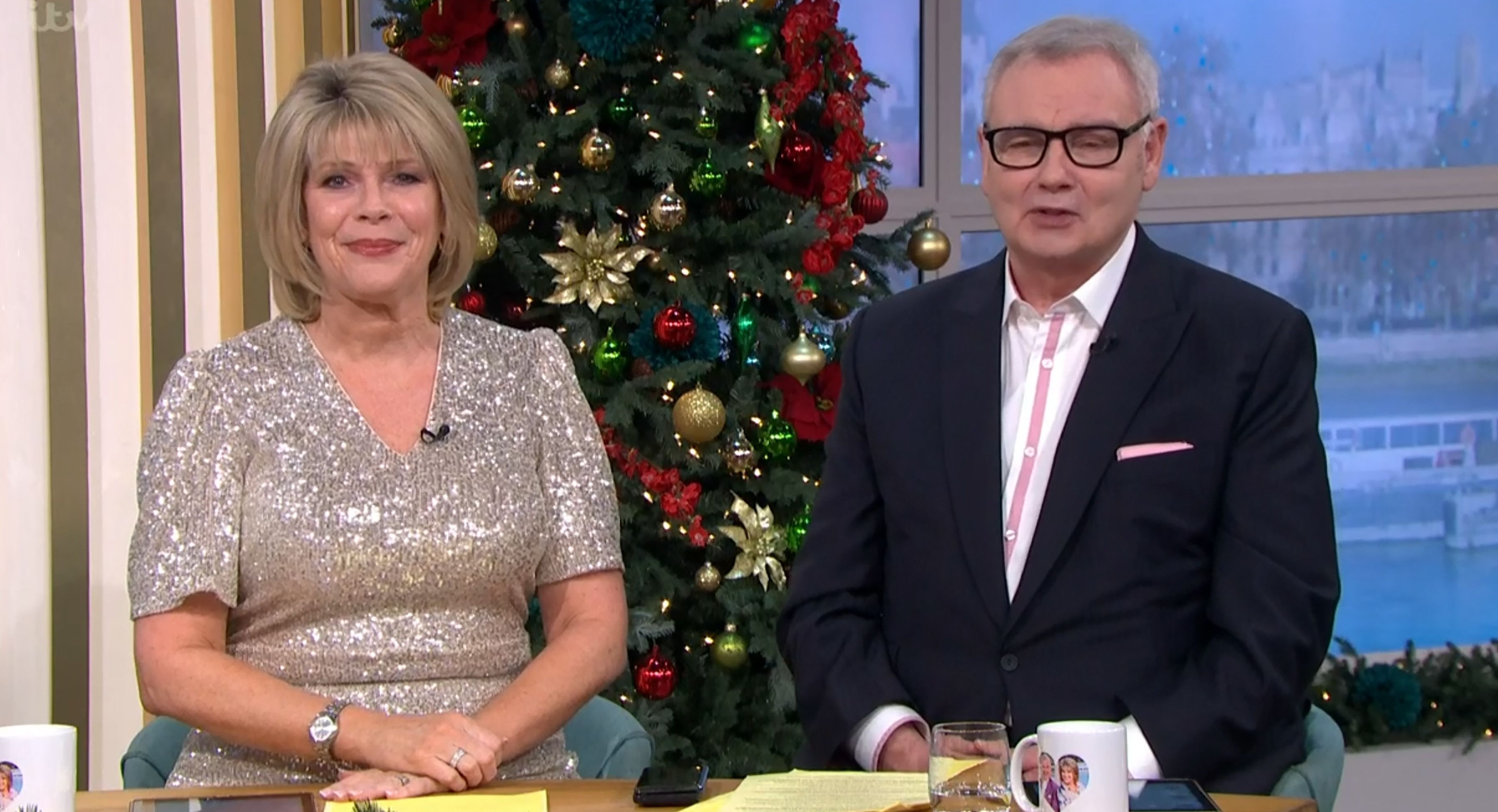 "We appreciate all the love that you've sent us today. We send it all back to you. Have a very merry Christmas, it's been lovely having you."

Earlier in the show Eamonn launched into a miniature outburst about how bosses were "getting rid" of him and Ruth.

He told her: "Do you know what I saw yesterday? Outside the opticians was a man selling Christmas trees, discounting them by half price." 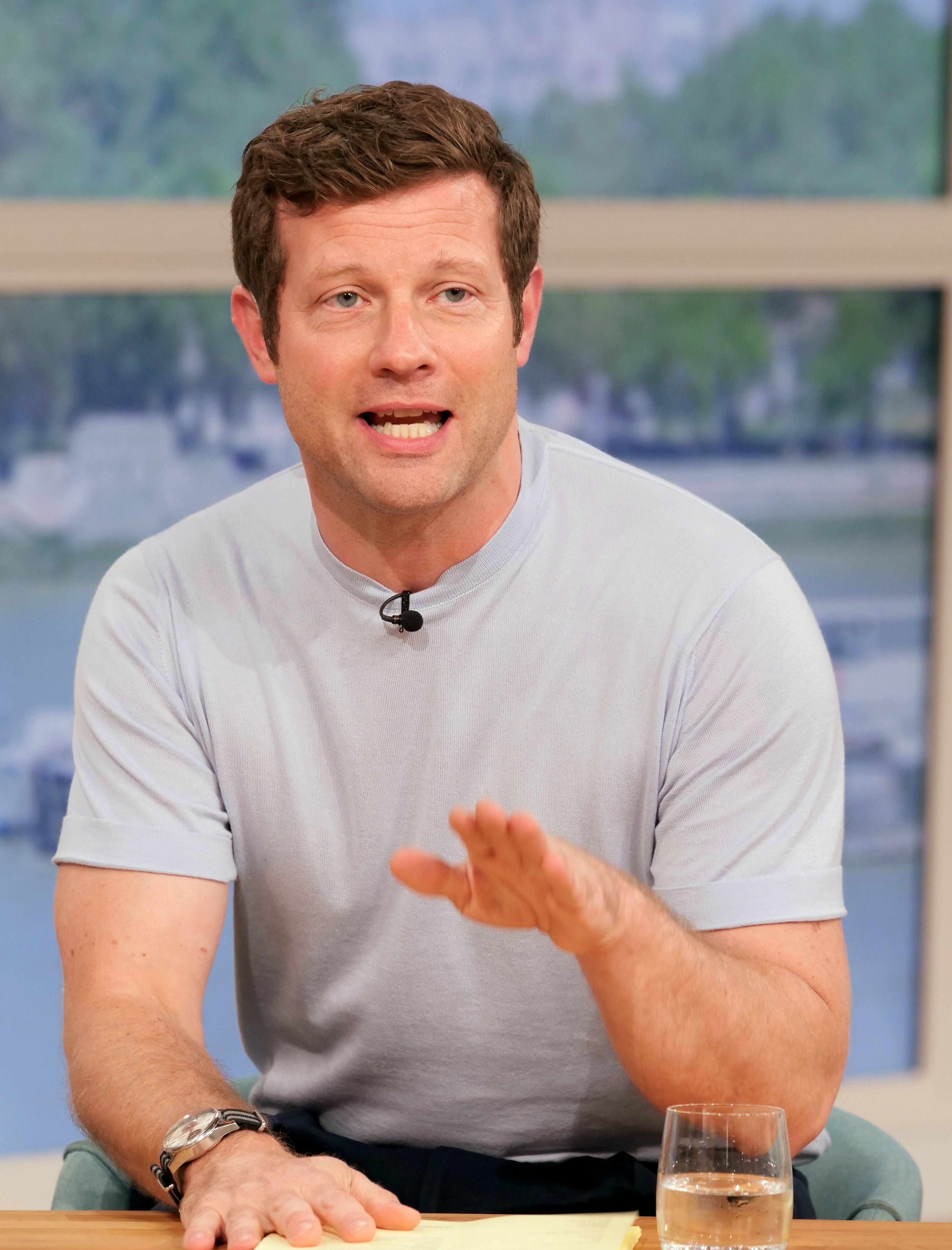 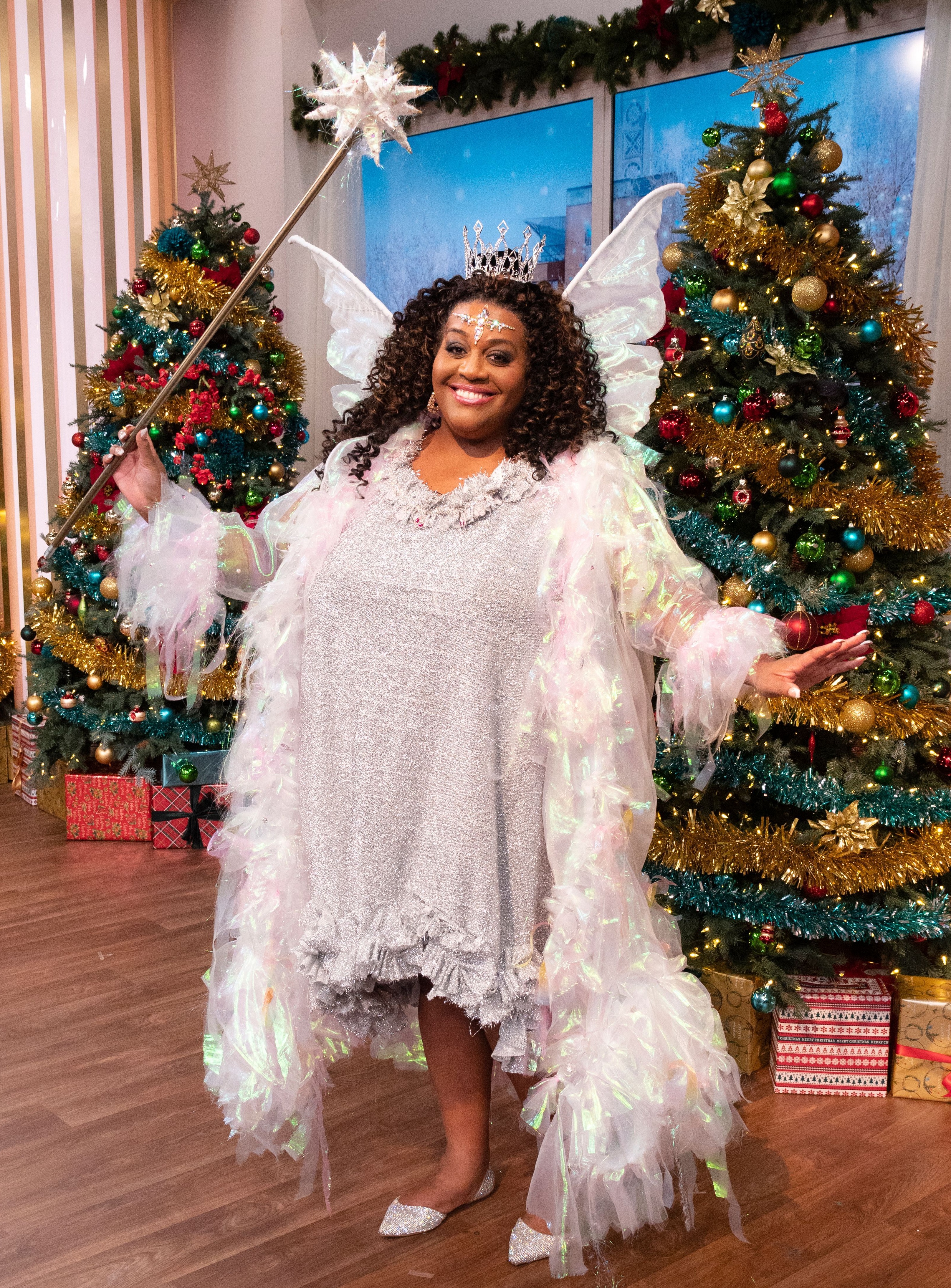 His wife, 60, replied: "They're struggling to get rid of them, I suppose."

Eamonn told her: "I would say so, darling. That's the obvious conclusion. Which is why they're getting rid of us on a Friday now – after all this sort of chat."

She chided him: "Oh stop it" before continuing with the rest of the show, which is their last before being forced to step down.

'90 Day Fiancé': Armando Makes a Shocking Claim About His Ex-Wife's Death On Instagram