On Monday morning, viewers were left angered by Holly Willoughby and Phillip Schofield as they felt the pair had been rude to TV chef James Martin during the This Morning cookery segment. Many viewers were quick to suspect it was part of a prank by Ant and Dec for Saturday Night Takeaway. On Thursday, Stephen Mulhern interrupted the show and seemingly confirmed viewers’ suspicions.

Bursting into the kitchen, he announced Holly and Phillip had won an award for their performance on Monday.

“Let me tell you, I bring good news. This Morning you are the winners of On Air Day.”

Confetti began to fall from the ceiling as Holly and Phillip were left in a state of shock. 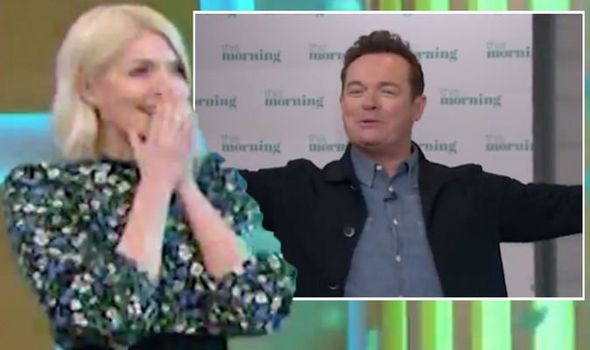 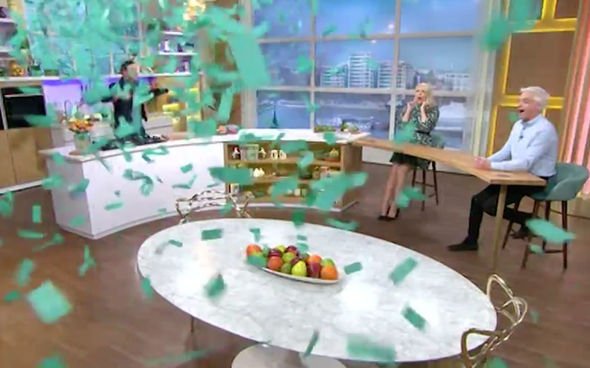 “Look at that,” he continued as he held up a small trophy. “We won!” Phillip exclaimed.

Holly added: “Oh my gosh we won! Look at it! I mean I was expecting something a bit bigger maybe.”

“That needs to go beside the BAFTA,” Stephen instructed as Holly laughed: “Well we’ll see about that.”

Stephen told viewers: “Everyone at home I know what you’re thinking, this is madness! 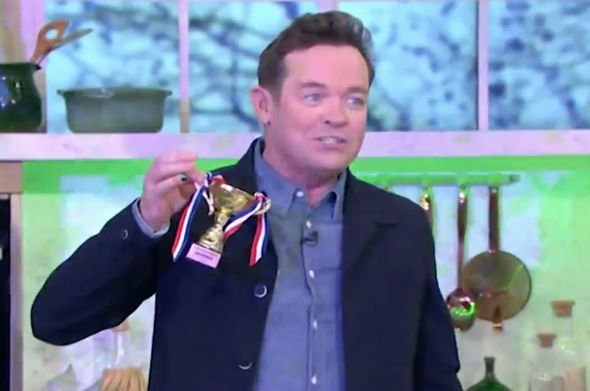 Holly Willoughby tells James Martin not to tell her about mussels

“All will be revealed this Saturday on Saturday Night Takeaway at seven o’clock. How are you feeling about it?”

Many of those tuning in slammed the prank, insisting it wasn’t funny and had been predictable.

“I knew it I knew ant and Dec would have something to do with it. This explains why both were being weird on this morning the other day. #ThisMorning @thismorning,” one viewer posted on Twitter.

Another added: “Of course it was a prank for #SaturdayNightTakeaway! Like, duh! #ThisMorning.”

“The Ant and Dec thing is only funny if they could convince the viewers to buy into the “pranks” they’ve done but it’s just been so terrible because it has been cringingly obvious #ThisMorning,” a third shared.

Someone else continued: “I knew it was a f***ing joke. And it wasn’t even that hilarious. You can do better, Ant & Dec. #ThisMorning.”

A fifth tweeted: “I knew it was an Ant and Dec prank, just knew it #ThisMorning.”

This Morning airs weekdays on ITV at 10am.