Six years ago today, the trailer for then-new NBC drama series This Is Us was blowing up, breaking records with about 80 million views in 12 days. It was a precursor to the show’s phenomenal six-season run which ended tonight with the series finale, titled “Us.”

The closer was set in the immediate aftermath of the penultimate episode, “The Train,” as the Pearsons gathered for Rebecca’s funeral. Teasing “Us” last week, This Is Us creator Dan Fogelman described it as capturing “a day in the life, which is so much of what the show is about” and noted that the last two hours of This Is Us, which he wrote, are “very different episodes that speak to each other.”

Besides Rebecca’s death, another thread that connects the two episodes is the dream sequence with young Rebecca and Jack  in the caboose car of the train Rebecca found herself on last week. The last lines in both episodes were said by Rebecca and Jack in that caboose as they greeted each other with “hey,” in “The Train” and told each other “I love you” in the finale. 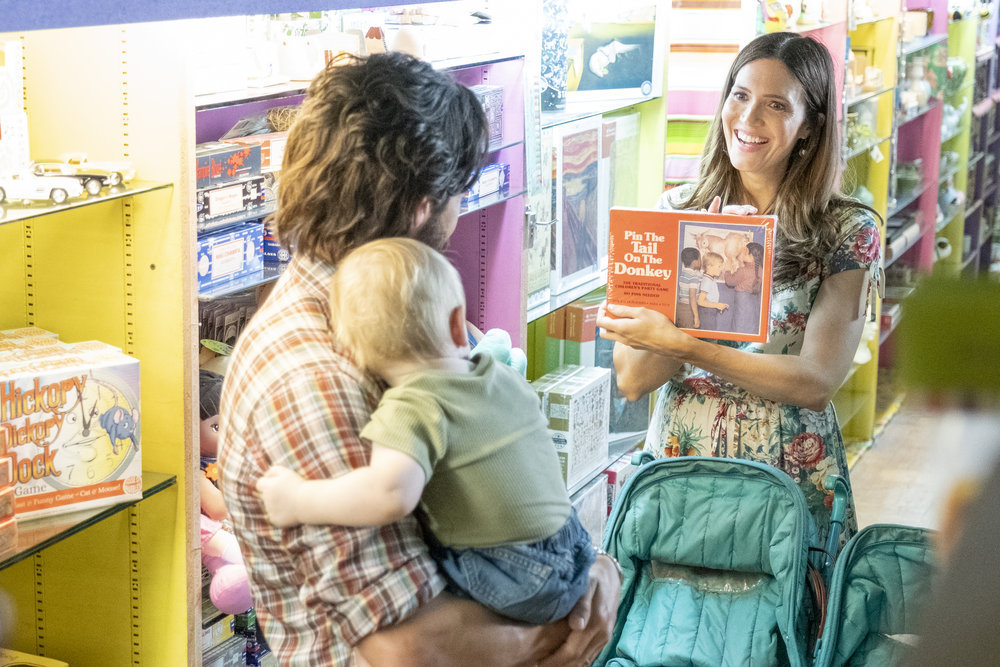 The finale opened with young Jack and Rebecca waking up in bed at their house in a setup that mirrored the caboose scene down to Jack’s mustache. The duo’s morning conversation produced the memorable finale line Fogelman had teased last week, “I wish I’d enjoyed it more while it was still happening instead of worrying when it will end,” which Rebecca said. Something Jack said at the very end with him and Rebecca lying in the caboose bed was a favorite line from the entire series for star Milo Ventimiglia, he revealed during a panel Sunday. Responding to Rebecca bringing up their chance encounter in a bar decades ago that kicked off their romance, Jack (Ventimiglia) said, “When the world puts something so obvious in front of you, you don’t just walk away.”

In the finale, there were multiple parallels between Rebecca and Jack’s caboose conversation and the scene of Rebecca’s death in “The Train”, including Randall telling his mom “We’re good now, you made us good” just before she died last week, and Jack telling Rebecca, “Babe, we did good. You did so good,” in the finale. She also squeezed Jack’s hand on the train in the finale just like she did with Randall’s hand in her final moments in the previous episode.

The way “The Train” sequence built upon the train and caboose references in the season premiere, the finale’s A Day In the Life theme drew from Rebecca’s heart-wrenching speech in Episode 2, in which she said “I’m not worried about forgetting about the big stuff. It’s the little things I’m not ready to let go of yet,” listing playing Pin the Tail on the Donkey on a Saturday as one of those little moments she fears forgetting.

That Saturday with pre-teen Big Three, during which the family watched home movies, played Pin the Tail on the Donkey, and Jack taught the boys how to shave, was at the heart of the finale. Filmed almost four years ago, the footage was edited alongside newly filmed portions of the farewell.

Young Kate was great at the Pin the Tail on the Donkey game, explaining how she did so well by using her parents and siblings’ voices as spacial reference. “As long as I know where you are, I know where Im going,” she said. 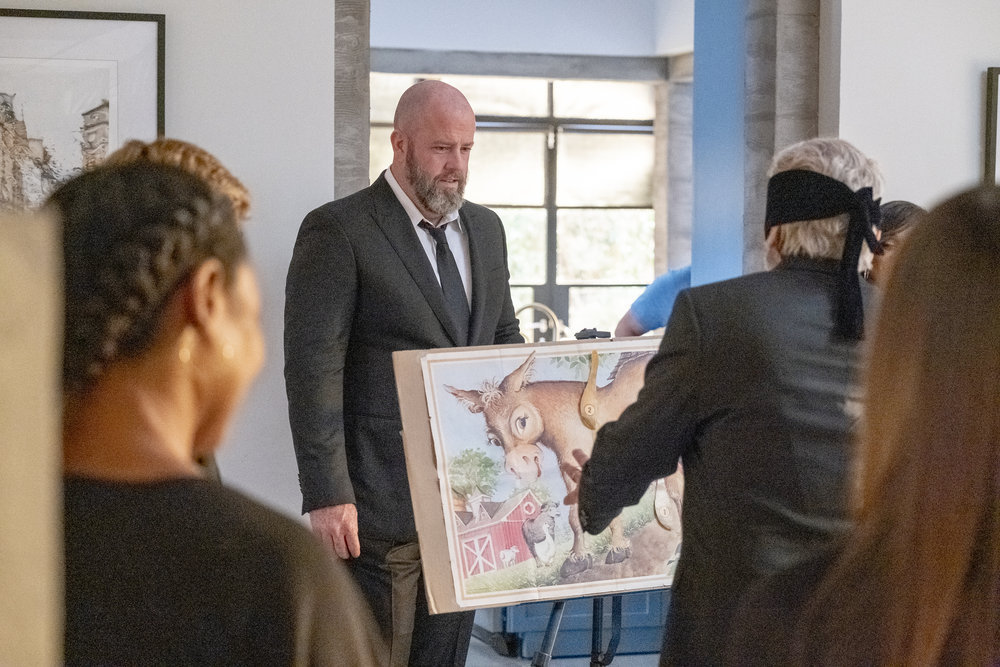 Chris Sullivan, who plays Toby on the show, cited that as his favorite line from the show. Toby himself was later seen playing the game with the Pearsons after Rebecca’s funeral.

In another signature This Is Us link between past and future, a scene featuring William, Randall and young Tess and Annie taking place just as William and Randall were leaving for William’s final trip to Memphis, William told Randall about the joys of being a grandfather. It is juxtaposed with Randall himself getting ready to become a grandfather in the finale.

In it, Deja told Randall that she was having a boy, which she and Malik fittingly would be naming William whom she had never met but got to know through her own dad, she said.

While we saw Randall struggling with writing his eulogy of Rebecca (“Mom was magic” was all he could muster on a cue card), the show opted not to show the speeches the Big Three gave at their mom’s memorial service.

Instead, we got one final scene of the siblings sitting on the steps of the family cabin.

We found out what each of their plans for the future are. Kate will be working on opening more music schools for the visually impaired. Kevin plans to focus on his nonprofit. And Randall, whose rising political career had been hinted for a couple of seasons, will be exploring a run for President with a trip to Iowa.

Kate shared her nightmare that, after both of their parents were gone “we drift.” She and her brothers promised each other to stay close, and did the famous Big Three chant which we had just seen again minutes earlier in one of the home movies the Pearsons watched on that lazy Saturday decades prior.

In the finale, Randall and Beth had one last round of their side-splitting Worst Case Scenario game, while Toby and Kate shared a sweet moment, in which he told her he loves her, a nice parting gift for diehard KaToby fans.

The episode also featured a couple of time period-jumping montages that have been a This Is Us staple — there were the Big Three waking up as children and on the morning of Rebecca’s funeral, as well as several generations of Pearsons pushing their little ones on park swings, from Rebecca as a little girl with her dad to Rebecca and Jack with the Big Three as toddlers, then their children as grownups with their children and finally Jack Jr. and his little daughter, which BTW is the furthest in the future the show has ever gotten.

At the end, Rebecca told Jack on the train that she didn’t want to leave her kids and that “There was so much left I wanted to do with them.”

“You will,” Jack assured her. “It’s hard to explain it but you are going to do all those things with them. You’ll be there.”

As the two told each other “I love you,” the series segued to its final montage to a sweeping score previously used on the series one time, in the Season 1 episode where Kevin showed his painting to his nieces. The camera took turns on each of the Big Three, with Randall looking at Deja who had her hand on her belly. The finale’s final shot was young Randall and Jack from the Saturday scene with the camera focusing on Jack as he looks on his family.

James Nesbitt’s eyebrows leave One Show viewers bemused ‘What on earth has happened?’