Season 10 of AMC’s zombie epic is underway, delivering one of the show’s bloodiest battles yet. The Battle of Hilltop was a major event for TWD, but one star of the series has revealed there could be an even bigger war to come.

In the series’ most recent episode, Walk with Us, Daryl (Norman Reedus) finally squared off against Alpha (Samantha Morton) and the Whisperer’s overwhelming horde.

It was the most action-packed episode in this half of the season so far, and many fans are wondering how the rest of the season will compare to this exhilarating week on The Walking Dead.

The show takes its inspiration from Robert Kirkman’s original comic books, though with some notable changes.

As a second spin-off and an additional cinematic trilogy based on Rick Grimes (Andrew Lincoln) in the works, it’s possible the television series will depart from the source material in a huge way. 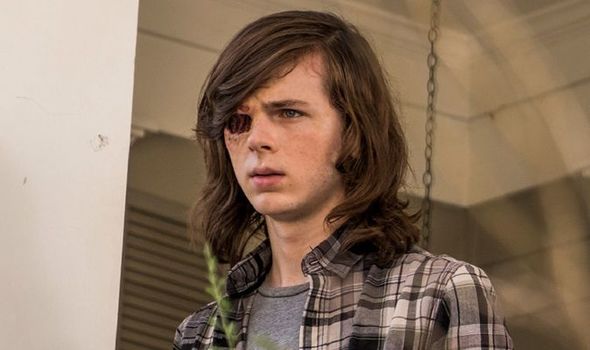 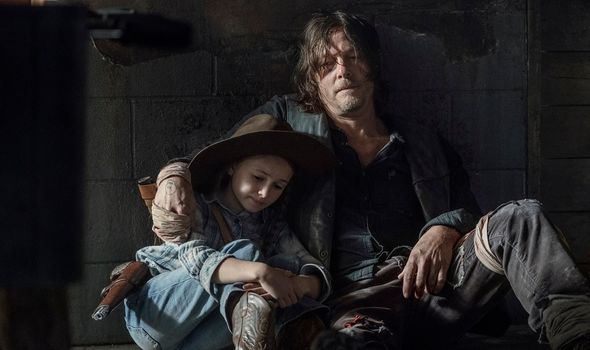 During a recent convention, one of the show’s stars revealed what he thinks will go down during the last season of The Walking Dead.

Speaking on a panel at Wizard World Cleveland, Comicbook.com reported TWD star Chandler Riggs said another major war between factions will test the wills of the remaining survivors.

He said: “My kind of theory is that the whole CRM thing they’re setting up, they’re setting it up to be the CRM versus the Commonwealth and there’s gonna be like a big battle at the end.”

Commonwealth is a major part of the later volumes of Kirkman’s comic books; a safe haven protected by the hordes of walkers, it’s the closest thing the world of TWD has to a working city. 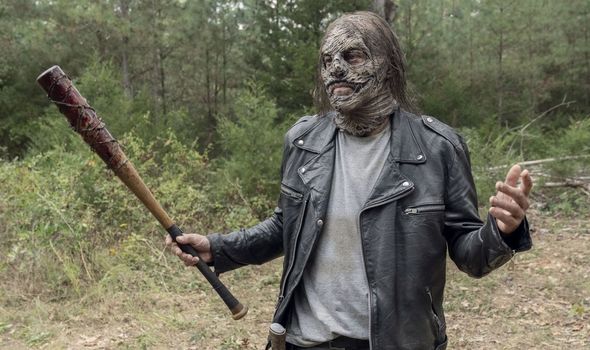 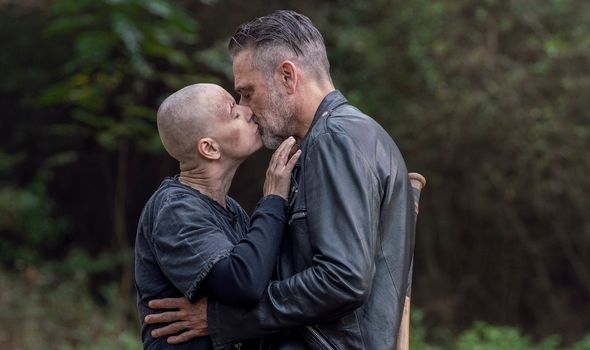 It boasts a population of 50,000 people and, in the comics, is led by former politician Pamela Milton, so could prove either a sanctuary for the survivors or a new, unprecedented human threat.

Season 10 has dropped hints that the Commonwealth arc is on the way, while CRM (Civic Republic Military) flew Rick Grimes in a helicopter to an unknown location in season nine.

Chandler continued: “That’s kind of how they’re gonna close out the whole franchise. That’s my guess. I promise I know nothing, I’m not spoiling anything. This is purely my guess.”

As with many secretive television series, showrunner Angela Kang keeps the scripts close to the chest, even away from the cast’s prying eyes.

Finally, he added: ‘Disclaimer! … Rick will be at CRM or whatever and then Maggie will be at the Commonwealth, that’s kind of my guess.’

Maggie (Lauren Cohan) left the show in season nine, but it has been speculated she could make a dramatic return as one of the leaders of Commonwealth.

Chandler hasn’t been a part of the show since the eighth season, when Carl Grimes was tragically killed off, so fans don’t need to worry about the possibility these are confirmed spoilers.

After being bitten by a walker, Chandler keeps his wound from the rest of the group but eventually reveals his secret and takes his own life with the gun he’s had since childhood.

Despite his absence, Chandler remains a fixture on the show, appearing on panels to chat with fans about his character and discuss how his industry insight could reveal some hints as to where the series will decide to go next.

However, his theory seems like an inevitable conclusion for the long-running show, with each of the two major civilisations being set up throughout recent seasons.

Whatever happens in the final moments of the show, fans are hoping for a satisfying conclusion to the epic saga that has kept them gripped over the last decade.

The Walking Dead airs on AMC on Sundays in the US and on FOX UK on Mondays in Britain at 9pm.