Seven-year-old Peyton took to the stage and wowed the four coaches on this evening’s edition of The Voice Kids and left viewers watching at home in tears.

The young singer impressed will.i.am, Jessie J, Pixie Lott and Danny Jones with her rendition of a song from the Disney film Pocahontas.

will.i.am, Jessie and Pixie all turned around for the youngster as Pixie kicked off the feedback by remarking: “You are just the most beautiful thing I’ve ever seen.”

“I mean the ‘aww’s’ are coming thick and fast I loved that song so I was singing with you but the chair was turned not as good as you to be honest,” Jessie added.

Viewers watching at home fell in love with the seven-year-old and took to Twitter to express how emotional they found her performance.

One said: “#thevoicekids The little girl is so adorable. Oh my goodness. Weeping here!”

Another tweeted: “Full on crying at the little girl singing Pocahontas #thevoicekids.”

“Watching #thevoicekids its broken me in tears here,” remarked a third.

“She was so adorable and she sang one of my fave disney songs #TheVoiceKids,” another said. 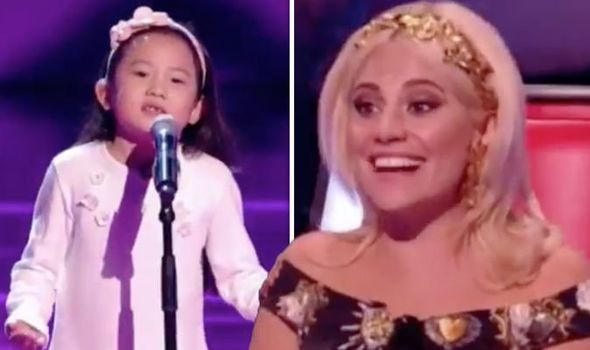 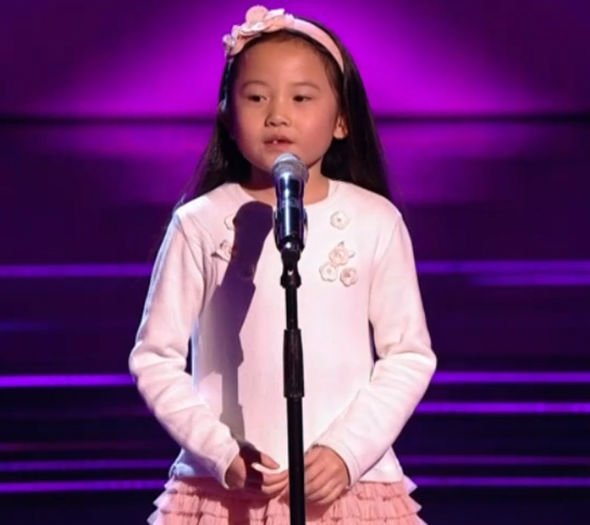 “The kid on the voice singing Pocahontas is the cutest s**t ever #thevoicekids,” declared a sixth.

Prior to her performance Peyton had revealed her favourite coach was will.i.am and that she had made a special comic book for him.

When she had finished singing, Pixie joined her on stage and embraced the young singer before Peyton decided to join will’s team.

Later in the show Emma Willis broke down after the coaches rejected one contestant.

Gracie took to the stage hoping to impress the judges but sadly none of them decided to turn round for her. 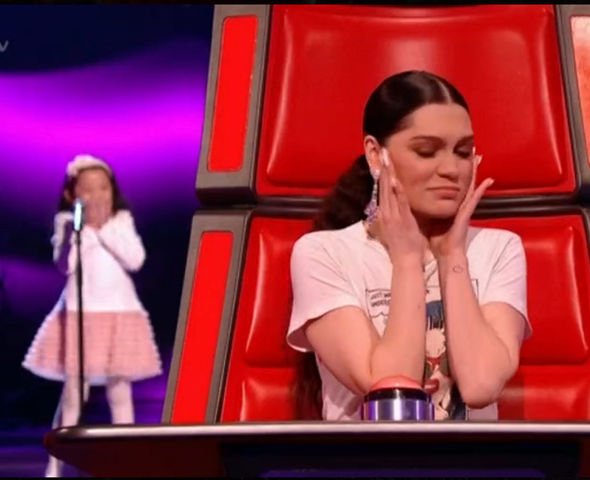 The young singer explained that she enjoys singing with grandad leading the coaches to invite him on stage to duet with Gracie.

During their heartwarming performance Emma could be seen standing with Gracie’s parents.

As the pair continued the presenter began to break down in tears closely followed by Danny and Pixie who welled up too.

Commenting on the emotional duet, Pixie said: “Its so special to sing with your grandad.

will.i.am added: “I love to see that and how he’s inspired you to sing.I thought that was really really beautiful.”

The Voice Kids airs Saturday on ITV at 8pm.