Fans of the hit TLC show “sMothered” know that the series follows mother-daughter pairs who have a very close — and some may say, too close — relationship. One of the breakout stars is Cher Hubsher, a Palm Coast, Florida native who appears on the show with her mother Dawn. In the show’s first season, the pair navigated their relationship through Cher’s pregnancy and the travails of living in New York City.

Cher moved there with her husband, Jared, who is a doctor. “We met our freshman year and were college sweethearts, we got engaged at the end of college and then married one year later,” she said to The New York Post in 2019.

While Cher bills herself as a “dating coach” on her Instagram page, the Hubshers have been pursuing reality TV fame for quite some time. In addition to Cher’s brother Grant appearing on “The Bachelorette,” Cher herself has been on a few reality shows, including a very popular MTV reality show! Read on to find out about her appearance on “My Super Sweet 16.”

Cher Hubsher had teenage boys audition for her affections 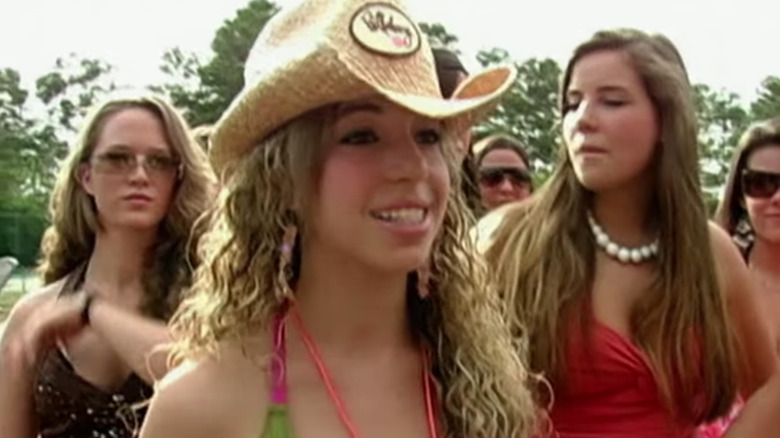 Recognize the girl with the fabulous straw hat and the Sun-In in her hair? That’s right — it’s none other than our girl Cher Hubsher, back when she was starring on the hit MTV reality show, “My Super Sweet 16.”

In her episode, which aired in 2007, Cher auditioned teenage boys who were all vying for her affections. She and her friends had her prospective suitors take their shirts off, and the one with the sexiest body got the privilege of carrying her into the banquet hall like she was Cleopatra deigning to address her servants. In the end, five young colts — including one perpetually shirtless one named Jason — earned the honor. Later on in the episode, Cher attempts to do a “special dance” that she learned — she even hired a choreographer to teach her! — but, unfortunately, she couldn’t keep her pants up during the performance. Yikes.

Throughout the performance, Cher’s mother Dawn was cheering her on — and it seems their relationship continues to be this close today on TLC’s “sMothered.”