THE Repair Shop's Jay Blades has revealed the future of the show after a hiatus from 'non-stop' BBC filming.

The 51-year-old star acts as the foreman on the BBC show – which first aired in 2017 – and he's suggested that it'll be on TV screens for a fair few more series. 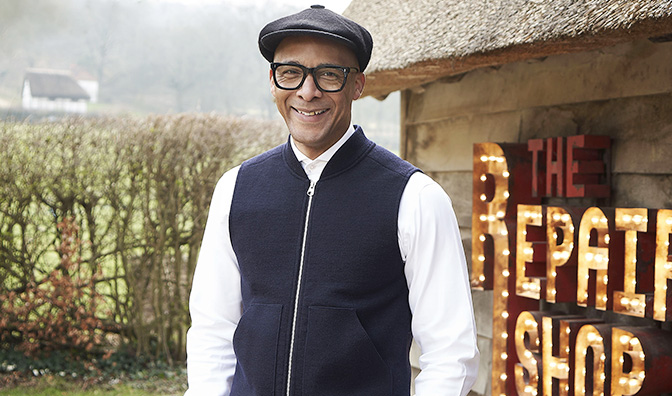 "We're filming non-stop. I'm up there this week. Yeah, we do filming this week, so The Repair Shop, don't worry, there's loads more of that coming – I mean, absolutely loads more."

Jay has recently taken a break from filming to shoot Jay's Yorkshire Workshop, which is made by the same people behind The Repair Shop.

And he hopes that fans will ultimately love the show as much as they enjoy The Repair Shop.

Jay told This Morning: "They allowed me time off to go and film Jay's Yorkshire Workshop. It's made by the same people who make The Repair Shop, so I think it's going to be good. But I'll wait for people to see
it and tell me."

The TV presenter previously admitted he loves to see men express their emotions on The Repair Shop, having been a "macho man" himself for so long.

The London-born TV star explained: "We still have those ideas that men don’t do that.

"In the show, the thing that always gets to me is when men show emotion for someone they love.

"I lived for quite a long time being this macho man, and not really embracing that emotional side.

"You don’t know how someone’s going to take it, if they’re going to take the mickey out of you. Because not many men do it, it’s a lonely experience when you do."

The Repair Shop airs on BBC One and is available on BBC iPlayer.

Did Drogon eat Daenerys in Game Of Thrones season 8 finale?