“I, Heléne, am a lot,” said theater-turned-TV actress Heléne Yorke, owning her big personality during an interview with IndieWire.

The star of Comedy Central’s hit series “The Other Two” plays Brooke Dubek, a struggling Millennial who’s been drifting through life after an injury ended her career as a dancer. When her 13-year-old brother becomes a viral singing sensation overnight, she takes this as an opportunity to draft off his fame to find her calling.

Yorke, who had initially treaded the boards as an outlet for her outsized energy, can identify with making a major career transition after an injury. With a BFA for Musical Theatre in hand, Yorke had landed gigs on and off Broadway, ranging from roles in “Grease” and “Wicked” to “American Psycho” and “Bullets Over Broadway.” While working on a show in Atlanta, she broke her ankle, which sidelined her for six weeks in her hometown of Los Angeles. It’s during this time that she decided to try her hand at television.

“I invested the time in trying to figure it out,” she said. “I felt a little bit paralyzed because there is that stigma that if you do theater, you’re going to be too big. It’s going to be too much to watch. And so, you’re constantly aware of yourself, especially if that’s what you’ve been trained to do your whole life, to rein it back in again for a smaller medium. It took me two years to transition.”

After landing her first TV role for one episode on “Louie” playing an unnamed “Hot Girl,” a series of guest-starring roles followed. She broke out on Showtime’s period drama “Masters of Sex,” in which she plays Jane Martin, who is a sex research participant for Master and Johnson. It’s with this role that Yorke began to unlock her approach to acting for television. 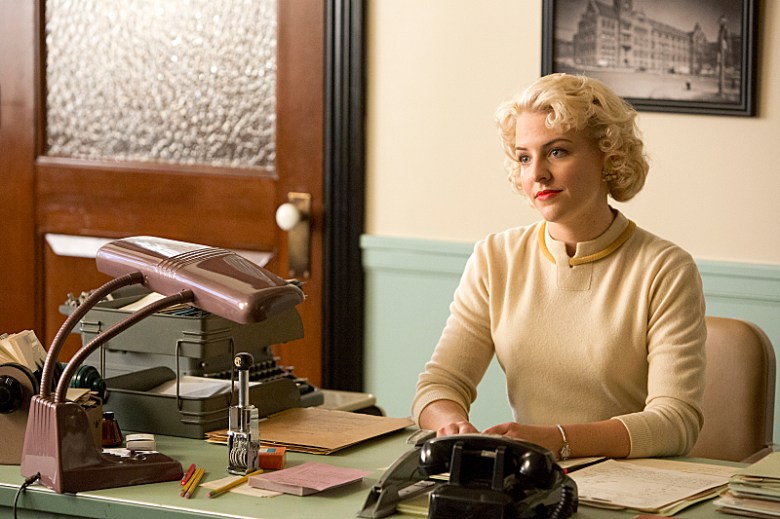 “I’ve been thinking about ‘Masters of Sex’ a lot because I created a character for that more than any [role before],” she said. “I had taken a step back and I had learned how to just have a conversation. Once I figured out how to make things small, I was then able to inject it again with the things about me that are maybe too much.”

“The Other Two” is her first leading role in a comedy, which requires evolving her acting again to land the jokes and create that heightened atmosphere ripe for humor. “You’re allowed in some instances to make some bigger choices. It’s been fun to push it a little harder,” Yorke said. Tone is everything, and the show succeeds because its razor sharp send-ups of internet and pop culture never feels smug or malicious.

In particular, Brooke is a character who says and does many rude and selfish things, and yet, still comes off as rather lovable. Yorke is constantly calibrating just how much energy to infuse into Brooke without allowing her to become a joke or caricature. In the following scene, Brooke comes to a sobering realization about one of her past actions and feels she must immediately make amends. Watch:

“My process, as it were, is what is not just a human being feeling about these things, but what am I [feeling]?” she said about that scene. “I take it as, if it feels like a brain fart, or a head pivot, or whatever it is, how would you imbue that [into the acting]?”

The moment when Brooke orders her family to tape “Real Housewives” for her – but then realizes that there’s no DVR available – that disappointment pierces through her imperiousness. It’s a moment that demonstrates how she can switch from bravado to honesty.

Series co-creators Chris Kelly and Sarah Schneider needed someone like Yorke to be able to find the humanity in Brooke’s reprehensible ways.

“The [fourth] episode is a good example of her storyline, which could be very rough and not cool in the mouth of someone that doesn’t have the depth of character that Heléne does. Brooke crashes a funeral … and calls [the deceased] a pervert,” said Schneider. “We knew that she could pull that off with the way that she plays Brooke with a vulnerability and a bald confidence that doesn’t feel mean-spirited.”

“What it is, is the attitude behind it,” added Yorke. “If the mean thing is being said with a person who abused malice, then something sounds mean. If something that is considered mean is being said by somebody who has good intentions and has maybe a comedic lack of awareness, then you can get away with a little bit more.”

Not having an awareness is actually the key to Brooke. She’s familiar with her specific pop culture touchstones such as “Real Housewives” and Instagram, but beyond that, she’s clueless about everything – including herself. Kelly said, “Brooke has such a very clear idea of who she is and she’s absolutely mistaken.”

At one point in the season, Brooke brags, “My whole thing is smart, young, progressive. People on Twitter always tell me that I’m a classic white feminist.”

So much of the humor on the show involves Brooke digging herself into a conversational hole and then bumbling her way out of it. This often requires Yorke to switch tones mid-sentence, showing Brooke’s changing thought processes in real time. Take her rather unconvincing endorsement of oysters, which she had tried for the first time and tells a friend, “They’re delicious.” She pauses and adjusts to a more honest response. “They’re fine.” But in the end, she has to be honest with herself. “They’re bad,” she concludes.

“What I like about how they’ve written Brooke is that one sentence takes several turns. As an actress, to find yourself on one path, take a left turn, take a quick right turn, take a quick left turn – I will a lot of times with Brooke ask for other chances because it can feel a little whiplash-y. To make sure that each moment is hit correctly is something I want to do.” 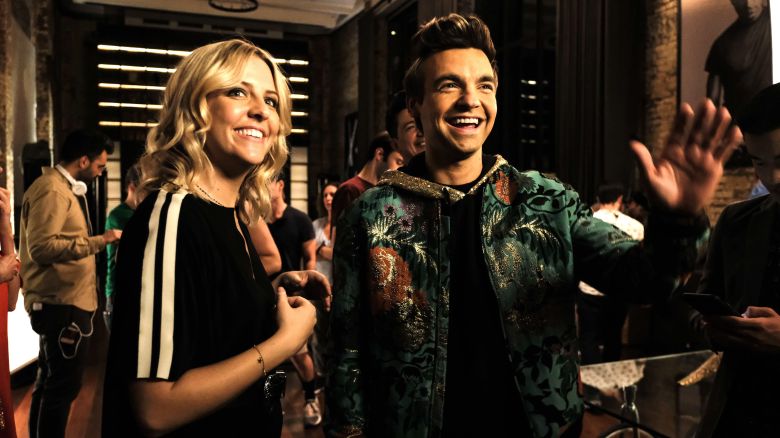 Heléne Yorke and Drew Tarver, “The Other Two”

In that one line, Brooke takes viewers on a journey that mirrors her own self-reflective evolution.

“She plays that decay. She’s slowly but surely throughout the course of the season realizes that other people don’t view her the same way that she views herself,” said Kelly. “And so she needs to make a change. And there’s something about when Heléne acts, you can see the gears turning in Brooke, realizing that she thought she was the cool young, hot, progressive person, and she’s not.”

Yorke also credits the writing with these comedic-yet-complex character moments. “They write to the actor in a big way,” she said. “We did the pilot, and then they wrote the series, and everything literally feels like it fits exactly. It’s been tailored. It’s like a well-made suit. That’s what I think makes the best anything, is that if something is written to fit a person like a glove, because then everything feels so true.”

And when in doubt, Yorke found that truth in her own expansive personality.