Matt Baker presented this evening’s edition of The One Show alongside Alex Scott who was making her presenting debut on the show.

I’m A Celebrity champion Harry Redknapp joined the presenters in the studio and revealed what really happens when you arrive Down Under to take part in the ITV jungle show, but his chaperone led to a hilarious story about a mistaken “mistress”.

“So they take your phone off you so you can’t contact anyone and then I was told, ‘This is Tina, she’s your chaperone.”

Harry explained to the presenting duo that Tina never left his side until the evening where she stayed in a room next to his.

“We eat in the hotel for the first night and the food was horrendous and she’s following me, I’m getting fed up of her already everywhere I go she’s there,” he continued.

“There was an Italian restaurant so I said ‘Can we go in there tonight?’ It was just round the corner from the hotel and she said ‘Yeah if we want we can’ so we book a table,” Harry added.

He said: “We go in there at night it’s full-up, buzzing, over comes this Croatian waiter, ‘Oh Mr Harry you’re my favourite manager’.”

The waiter mistakenly thinks chaperone Tina is his wife but Harry couldn’t explain who she really was as he was sworn to keep his appearance on the show under wraps.

Jumping to conclusions, Harry explained the waiter assumed Tina was his mistress, causing Matt and Alex to burst out laughing.

He also described an anecdote that features in his new book The World According To Harry, the former football manger explained how the producers keep one eye on the stars before they enter the jungle. 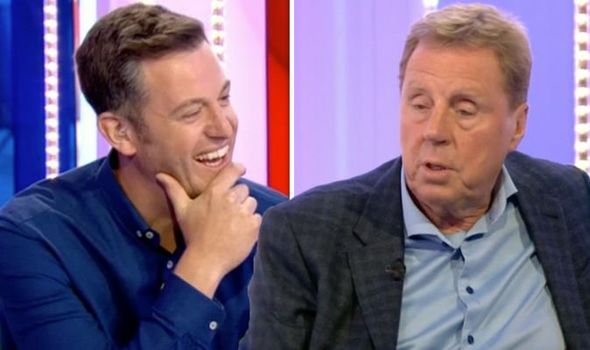 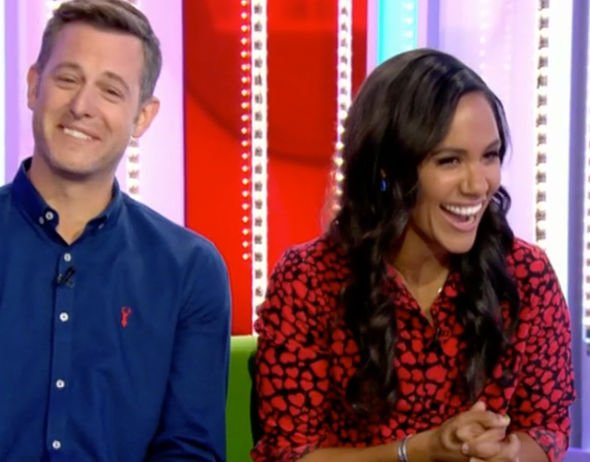 He revealed: “I went over with one of the production crew and as soon as you get out of the airport, there’s a great big rugby player about six foot five, 18 stone of muscle and he says ‘Excuse me Mr Redknapp you are now in lockdown’.”

Earlier in the week, presenter Angela Scanlon was forced to apologise after Michael Caine swore live on air.

Angela has been sitting in for Alex Jones who’s on maternity leave.

Legendary British actor Sir Michael Caine was on the show discussing working on his second Hollywood feature, The Swarm when he swore by accident. 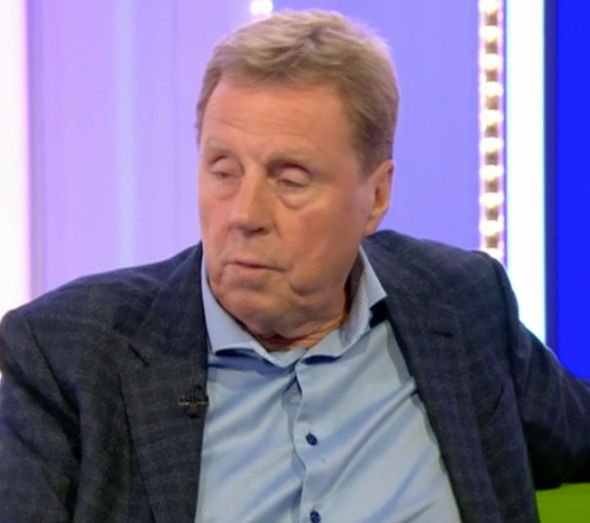 “Me and Henry Fonda we were doing a scene, and there were all these bees up there, and the beekeeper was keeping them up because they were supposed to descend on us and the stunt people would take over.

“And as we were talking, we both noticed little specs of black on our shirts.

As Matt and Angela struggled to hold back laughter, Angela was forced to apologise for Michael’s swearing.

The One Show airs on BBC One at 7pm.