One of the most significant moments in The Office episode “Viewing Party” is when Andy Bernard (Ed Helms) drinks an entire bottle of seahorse powder. Here’s what one fan says the translation on the bottle means. Ironically, Creed (Creed Bratton) was honest and trying to help!

In season 7, episode 8, the Dunder Mifflin employees attend a Glee viewing party at Erin (Ellie Kemper) and Gabe’s (Zach Woods) apartment. Andy still has strong feelings for Erin at this point in the series. Meanwhile, Michael (Steve Carell) struggles knowing Gabe has more power than he does within the company.

Throughout the night, Andy gets increasingly drunk. When he finds Gabe’s collection of Chinese virility supplements, Ryan (BJ Novak) tells him the powdered seahorse once allowed 15 Chinese men to defeat Genghis Khan’s whole army. So, Andy downs the entire bottle. 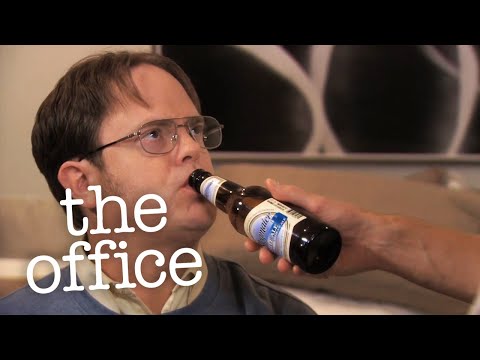 Before he retreats to Gabe’s room to vomit on his bed, Andy asks Creed if he knows Chinese and can read the bottle. Instead of translating the words to English, Creed reads the bottle in the native tongue. If only Andy understood Mandarin.

“I watched that episode years ago, then I ended up learning Mandarin, and when I ended up seeing the episode again, I got really excited I could understand Creed lol,” another fan said in a separate thread about The Office moment. 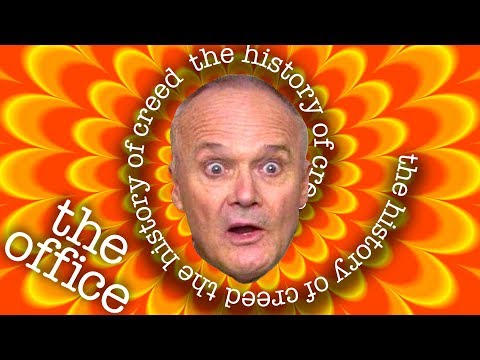 Some fans pointed out a discrepancy in the words when they’re translated. If they’re translated as a sentence, you get: “Don’t mess with the hippocampus.” But if you break down the translation by each word, it’s clear the message on the bottle was a warning. “Bu yao” translates to “do not want,” “luan” is “chaos,” and “gao” means “high.” Andy definitely found himself in a state of chaos after consuming the powder.

A major Office fan theory surrounds the night Andy drank the seahorse powder. “I believe that this event caused brain damage, which led Andy to [make] asinine decisions throughout the rest of the series,” a fan theorized on Reddit.

This fan theory points to several pieces of evidence, including Andy combining the powder with alcohol. Since most medications warn people of mixing drugs and alcohol, this fan thinks the combination could have caused “irreversible brain damage.”

They also pointed out how Andy struggled to do a chin-up immediately after taking the seahorse, despite the strength Ryan said it would provide. “This could be a sign of immediate neurological damage,” the fan said.

One of the most significant changes this fan noticed after Andy drank the seahorse powder is his erratic behavior in the last few seasons of The Office. “He goes from lovable loser to someone who completely throws away his job and love interest to go sailing on his family yacht and attempt to pursue a singing career,” they wrote. “Andy was a lot of things, but he was never that big of an a** before drinking the alcohorse [alcohol and seahorse].”