The quirky ITV show now has only six remaining celebrities hiding behind an alter-ego character, and two will be exposed tonight before leaving The Masked Dancer. Carwash is someone who has previously baffled both viewers and the judging panel, but after tonight’s performance, some were left pretty certain who it could be.

During their clue package, Carwash hinted towards being on reality TV shows, said they were artistic and mentioned being part of “double trouble.”

They danced to Singin’ in the Rain from the 1950s musical, but the performance was quite bizarre.

Halfway through, someone in a pigeon costume holding a bag of chips joined the stage and danced alongside them.

“What is the pigeon?” judge Davina McCall asked as the panel watched in confusion. 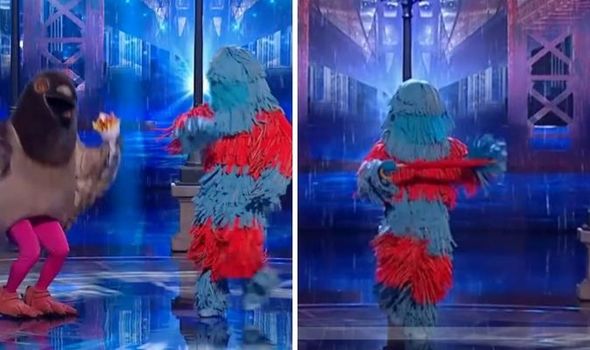 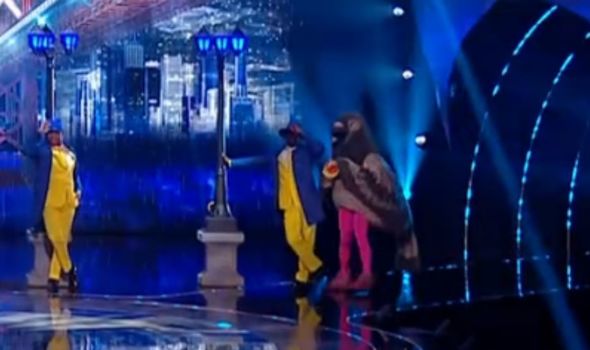 The guesses from judges Davina, Mo Gilligan, Oti Mabuse, Jonathan Ross and guest judge John Bishop were all over the place.

Jonathan guessed Ashley Banjo. His brother Jordan was the first to be exposed as Viper.

Oti guessed former The One Show presenter Matt Baker, and Jonathan pointed out that during the clue package, Carwash said he had gone from “one show to the next.”

But viewers at home seemed to be in agreement about the anonymous celebrity. 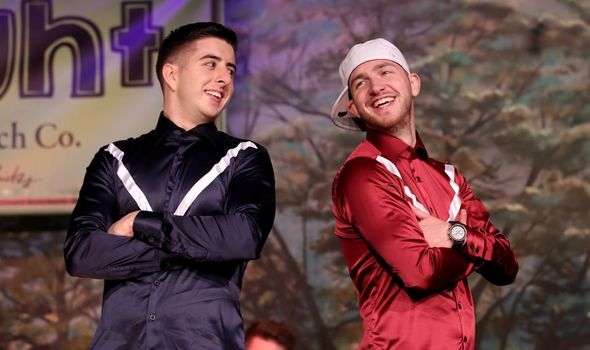 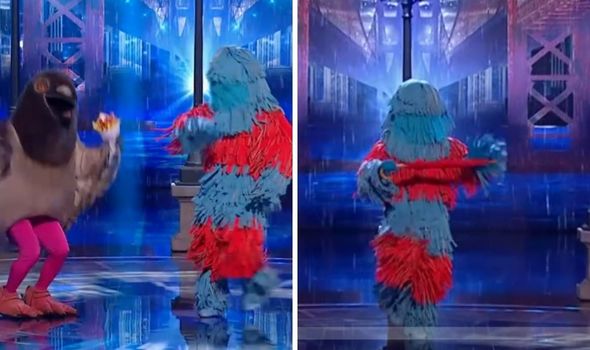 Taking to Twitter, one said: “Car wash is 100% one of Twist and Pulse! Blue and red! #TheMaskedDancer.”

“@MaskedSingerUK car wash one of twist and pulse ????? George Simpson?????,” another wrote.

A fourth penned: “@MaskedSingerUK Could it be one of the guys from Twist and Pulse hmmm.”

“Is Car Wash one of Twist and Pulse? The red and blue and the “double trouble” reference #MaskedDancerUK #TheMaskedDancer,” someone else echoed.

Better known by their same name Twist and Pulse, Ashley Glazebrook and Glen Murphy are a street dance duo who were successful on Britain’s Got Talent in 2010.

Since then, the friends have made various TV appearances. But could they – or one of them – be Carwash?

Two people will be leaving tonight out of Carwash, Frog, Squirrel, Knickerbocker Glory and Zip.

All six are performing on the show ahead of tomorrow’s final.

Could fans be proved right about the former Britain’s Got Talent duo?