Thankfully, we’re all in luck, because Amazon confirmed Maisel is getting a fourth season.

It’s time for an encore. #MrsMaisel is returning for Season 4! 🎉 pic.twitter.com/1f0V4oEXuB

TITS UP, PEOPLE. And while this absolutely amazing news, we know…virtually nothing about season 4 at this point, other than it has been delayed thanks to COVID-19. “King COVID is the showrunner right now,” co-showrunner Daniel Palladino told The Hollywood Reporter. “King COVID is the master of us all right now. It remains to be seen whether productions are going to be fully running before there’s a vaccine. It looks daunting.”

But let’s make some assumptions about season 4 and see what sticks.

The Cast Will Mostly Be the Same 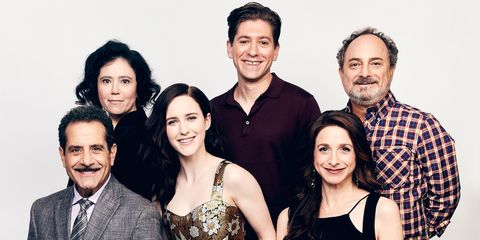 Maisel isn’t Maisel without, well, the Maisels, so Midge, Joel, Joel’s family, Midge’s family, and Susie will be back for future seasons. They’re the heartbeat of the show. But depending on the year in which season 4 picks up, Lenny Bruce may be missing—the real Lenny Bruce died of a drug overdose in 1966 in his Los Angeles home. So if the Maisel writers want to focus on the later 1960s, Midge may be suffering through the loss of a friend.

The Setting Could Change

Add a sunhat and a bathing suit to your packing list… #MrsMaisel is heading to Miami on December 6! 👒

Season 3 has Midge on tour with Shy Baldwin, so we see Midge working for the USO, in Miami, and other far-flung American cities. If this whole tour thing works out and Midge’s star rises, she might have to move to Los Angeles. It’s the center of the entertainment world in America, after all, and if Midge wants to be as big as she can be, she might have to go cross-country. But don’t worry—you can take the Midge out of New York, but you can’t take the New York out of Midge.

Midge Will Probably Still Be Single 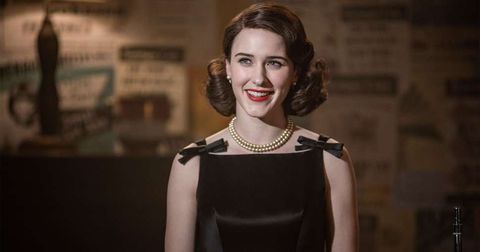 At the end of season 2, Midge had a proposal from Benjamin (hubba hubba) when she decided to go on tour with Shy. The Benjamin thing feels very done, especially now that they had that confrontation at the end of season 3. And then you have Joel, who looks like he’s seriously stepping up for their kids while Midge is gone. Could that happen again? They did hook up once this season. And then there’s Lenny, who is just…hot. IDK, guys. IDK.

The Weissmans Could Have a Whole Different Life

Rose and Abe went through a serious transition in season 3. He quit his teaching job at the end, he tried to do the whole anarchist thing, they moved in with the Maisels, Rose gave up her money, etc. But considering Midge just bought that apartment and decided that her parents would live in it with her, season 4 could be a 180 from what we’ve seen from the couple in s3.

Susie Could Be a Talent All Her Own

Susie Myerson refuses to be insignificant. Take a look back at her marvelous transformation, from working at The Gaslight to managing #MrsMaisel!

Susie knows a great star when she sees one, and now that she has Midge and (had) Sophie Lennon as clients, who’s to say that Susie’s own management business couldn’t take off? All she has to do is keep Midge going, and other acts may tap her to be their management. Who needs Harry Drake? Susie Myerson will be the name to beat, and maybe she won’t have to print out her business cards one by one.

The Marvelous Mrs. Maisel season 4 is still way off in the distance, but at least these thought-starters will keep fans going until it’s a reality on our television screens.