EXCLUSIVE: Amy Seimetz, who was set to direct all episodes of HBO’s upcoming music industry drama series The Idol, is leaving the project.

Deadline understands that The Girlfriend Experience series co-creator Seimetz was one of the high-profile crew to leave the series, which comes from The Weeknd and Sam Levinson, amid a major creative overhaul.

Euphoria creator Levinson is now expected to have more of a role in directing the series. Levinson has directed multiple episodes of the teen HBO series as well as feature film Malcolm & Marie.

Yesterday, the network said that the team behind the drama series, which stars the Blinding Lights singer, otherwise known as Abel Tesfaye and Lily-Rose Depp, was moving in a “new creative direction” and would be “adjusting its cast and crew accordingly to best serve this new approach to the series”.

The Idol follows a female pop singer who starts a romance with an enigmatic L.A. club owner who is the leader of a secret cult.

Tesfaye is co-writing and exec producing the series, which he co-created with Levinson and Reza Fahim.

Seimetz is an actor, director and producer. She co-created Starz’ The Girlfriend Experience series and directed a number of episodes of the series as well as episodes of series such as Atlanta and and Outer Range. She has starred in series such as Sweet Tooth, The Comedy Rule, Get Shorty and Stranger Things. 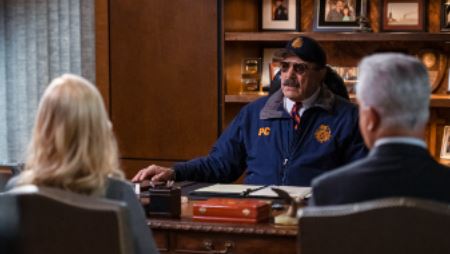 Did Kelley Flanagan Just Call Out ‘The Bachelor’ for ‘Disrespectful Questions’ About Peter Weber’s Season?