The Handmaid’s Tale has seen plenty of characters switch allegiances as they have been proven to show varying levels of humanity.

One character who really hasn’t been so straight-forward is Commander Lawrence (played by Bradley Whitford), who initially seemed to be June Osborne’s (Elisabeth Moss) saviour, but has since proven himself to be a bit of a rogue.

However, one fan thinks they’ve worked out what’s coming for the Commander, and it seems he could be in line for some reprieve.

Reddit user, thesushipanda, asked on the forum: “I know no now really knows what’s going to happen to him but at the end, Aunt Lydia [Ann Dowd] seemed to figure out that Commander Lawrence was helping his handmaids escape and used the ‘There are more Commanders more powerful than Commander Lawrence, dear,’ as a threat.

“Anyone have any speculations of what will happen to him now?”

Throughout the entirety of The Handmaid’s Tale, Aunt Lydia has been more in the know than any other character.

She has consistently been one step ahead of the curve, all the time, and as a result, she has been one of the most threatening characters in the entire show.

However, should Commander Lawrence be able to release more handmaids, does this mean his death warrant is sealed?

Those who are traitors to Gilead more often than not find themselves killed by those higher.

It seems unlikely he would escape punishment, especially considering it was his fault baby Nichole was taken.

READ MORE: The Handmaid’s Tale season 3: Is this why Aunt Lydia hurts June? 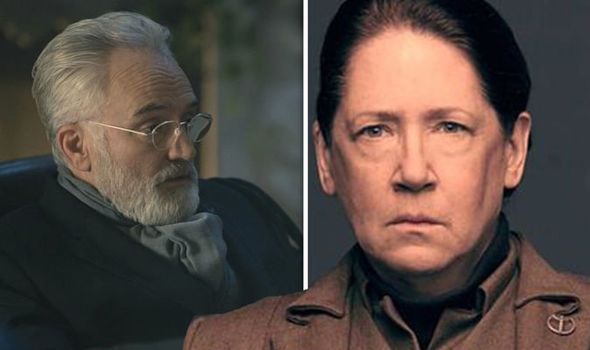 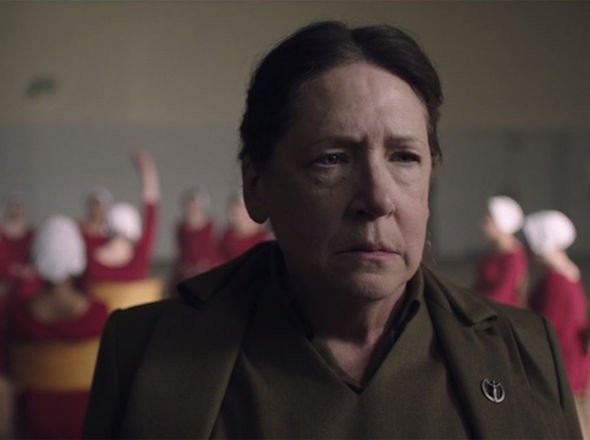 However, it seems there could be a huge death in the coming weeks as June’s demise has been teased.

In episode seven of season three, one fan has spotted a pretty big clue suggesting she will die in the finale.

Redditor elektrikat shared an image of June in her handmaid’s gown while folding her arms.

Behind the lead character, an intricate chandelier gleams in the room.

But, it’s actually a pretty neat piece of foreshadowing as the lavish light fitting has previously been associated with death. 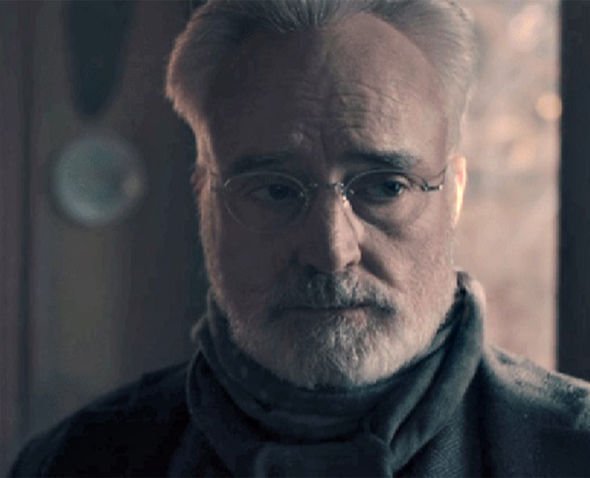 The forum poster wrote: “The zoom on this plan leaves the cord of the chandelier exposed behind June, looking like a noose while she muses about Frances’s death.

“A detail both cool and unsettling in a show that leaves nothing to chance.”

Another Reddit commenter shared: “I just happened to be rereading the pilot script and I recall that they removed the chandelier from the handmaid’s room at the Waterfords’ because that’s how the first handmaid hung herself. This is also true in the book.”

Will June be killed off in a season three finale twist or will she survive to fight another day?

The Handmaid’s Tale continues tonight on Channel 4 at 9pm.