Fans of The Handmaid’s Tale were horrified when they learned how the handmaids in Washington DC were treated and how they were forced to keep their mouths shut with face masks and lip rings. In the episode, Serena Joy (played by Yvonne Strahovski) pushed June (Elisabeth Moss) to do as she was told to ensure baby Nichole was returned to the Waterfords. The pair had a tense confrontation at the Lincoln Memorial before the Waterfords made a public appeal for their daughter to be returned.

Reflecting on the scene, Elisabeth explained how she finds the similarities between the Hulu series and real-life, “disheartening”.

She added the scene between June and Serena Joy was “sacred and special” due to their location.

“I don’t know if shocks is the right word for me personally, it’s more disheartening for me I suppose, or heartbreaking, you know thinking back to that scene Yvonne [Strahovski] and I did at Lincoln memorial,” she said.

“I know how special it was for us creatively and how much we enjoyed doing it and what it stood for, and being in that space. 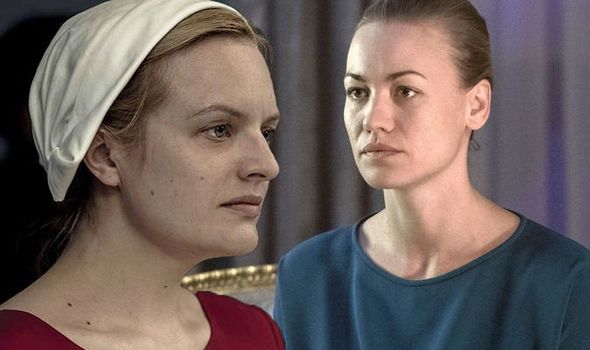 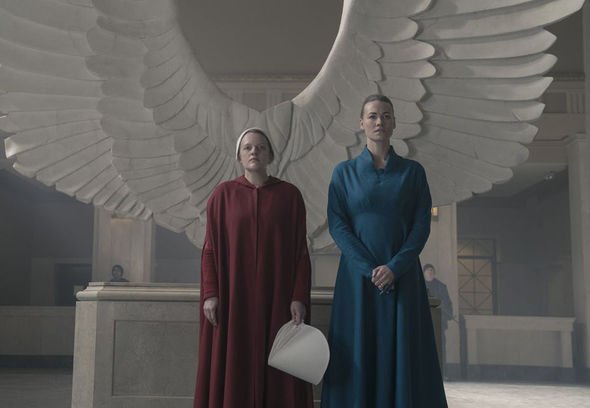 “Obviously, it was not broken down, that was done with VFX, so we actually got to be in the space, and how special and sacred that felt and so it’s just very bizarre,” she added as she spoke on a panel for Film Independent.

Fans know Serena Joy is currently imprisoned in Canada for her crimes in Gilead including forcing June to have sex with Nick Blaine (Max Minghella) which resulted in Nichole’s birth.

It remains to be seen if Serena Joy will manage to evade justice or if June’s husband, Luke (O.T. Fagbenle) who is in Canada, will retain custody of Nichole.

Unfortunately it might not be good news for June, as fans have pointed out a way in which Serena Joy could be found innocent. 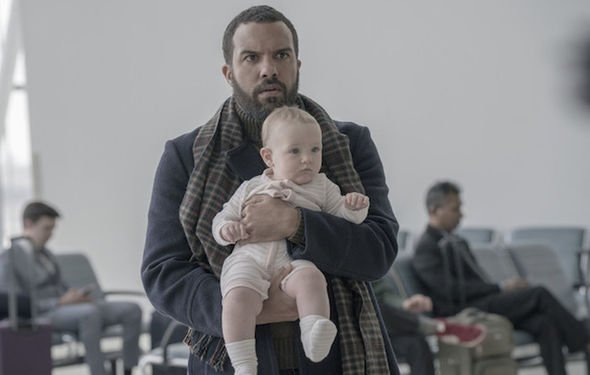 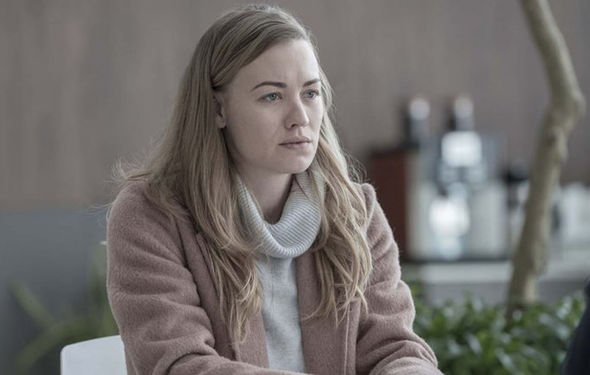 Fans will recall June asking Serena Joy to give a tape of herself talking to Luke when she went to Canada to visit Nichole.

In the tape, June explained she had found love with Nick and Nichole was born out of love and she hoped Luke would take care of her until they could be reunited.

Luke has custody of the tape but if Serena Joy were to learn of its contents, she could demand it be handed over and used as evidence.

It’s worth noting Serena Joy isn’t June’s biggest fan so she may have already heard the tape and know it would help her.

Commenting on how the tape could change her fate, one Reddit user posted: “There’s a recording of June saying Nicole was conceived in love, which I assume will come up later and set Serena free from her charge of coercion.

“I don’t think Fred’s character was motivated by this but I’m sure the writers realised.”

Could June inadvertently be the reason why Serena Joy will get to evade justice and take custody of Nichole?

She explained to Metro: “Personally I’m very happy with the season and with June’s journey.

“No, well, I feel like this is gonna sound like a line but I think trying to predict as an audience where the season is going – you’re never going to get it!”

All fans know is June will be fighting with the Resistance to try and take down Gilead from the inside – although, she does have a gunshot wound to recover from first.

The Handmaid’s Tale seasons 1-4 can be streamed on Amazon Prime Video and Now TV now.