THE Chase fans were obsessed with 'fit' contestant Josh on the show tonight.

Viewers could hardly concentrate on the ITV gameshowand were transfixed with the handsome contestant instead. 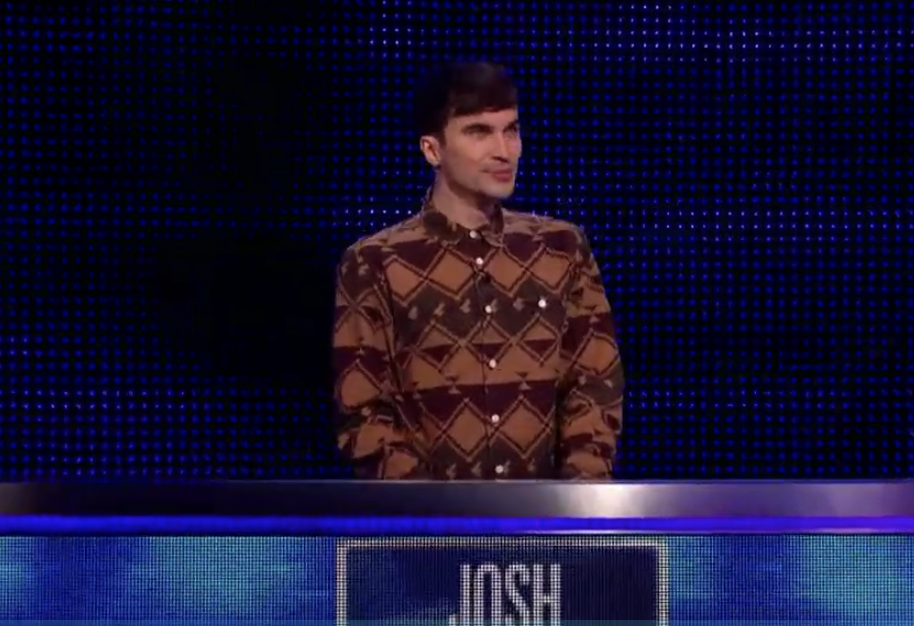 Fans flocked to Twitter to drool over The Chase contestant Josh, who went home empty-handed after losing out £6k to chaser Shaun Wallace.

One fan Tweeted: "I need josh from the chase’s @ because he is FIT."

A third chirped in:"Is anyone watching The Chase? Josh is my future husband. Dibs." 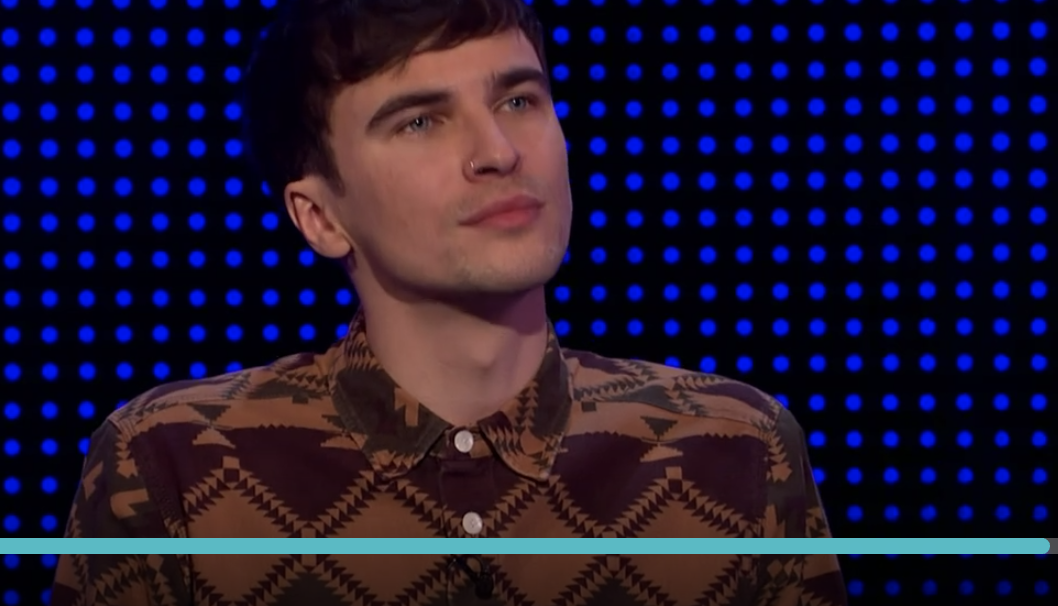 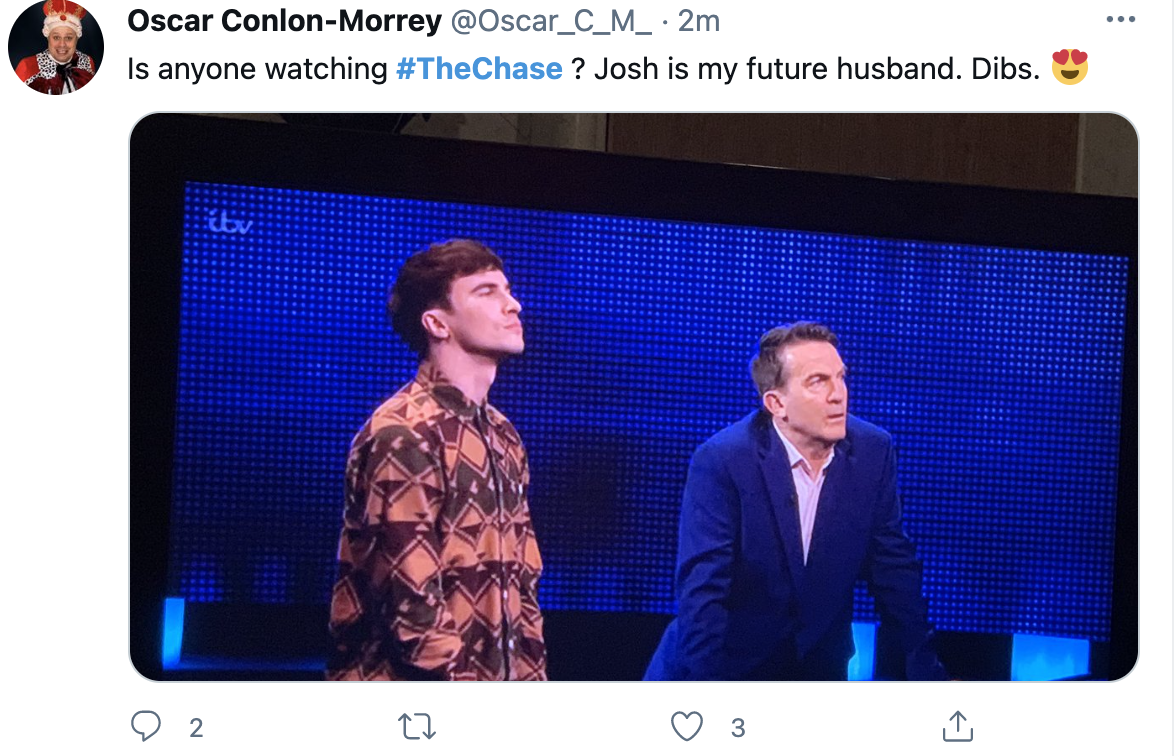 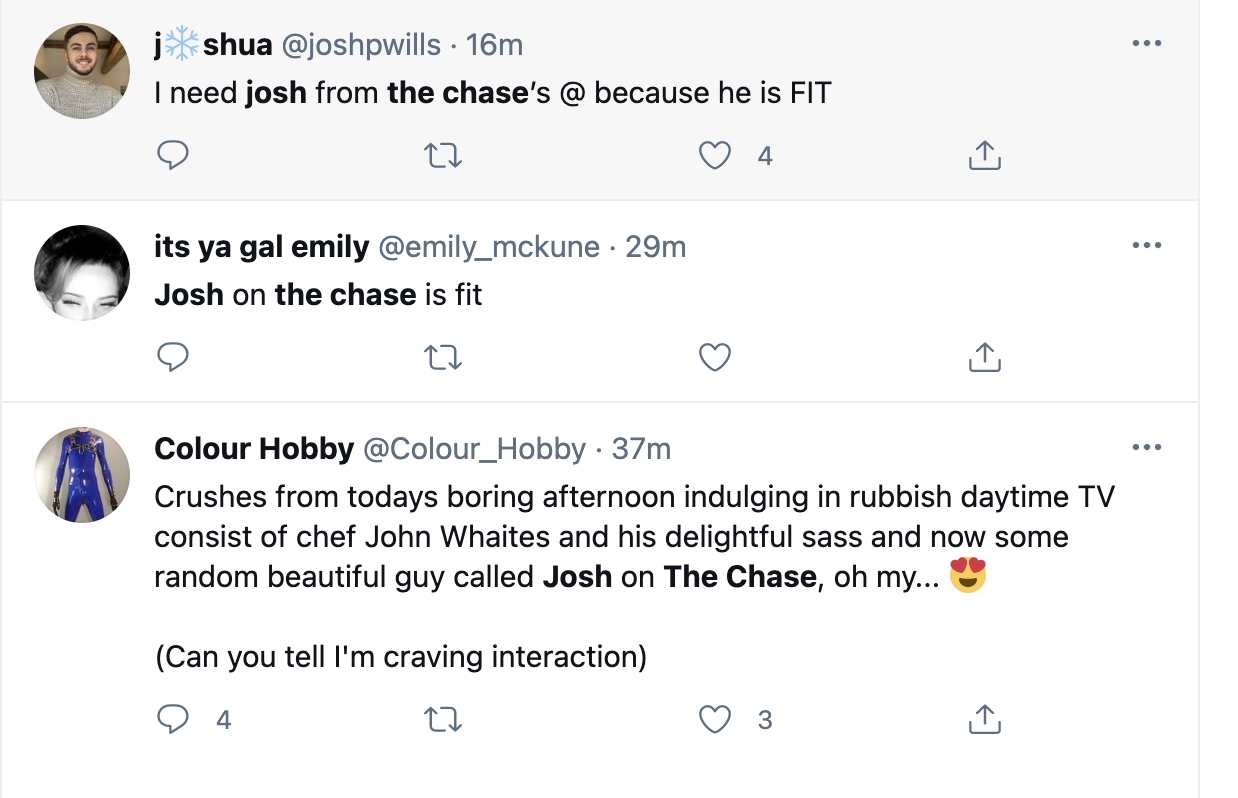 Fans were no too bothered that Josh did not manage to answer too many questions.

After losing out to Shaun Wallace, The Chaser said: "Just another day in the office."

Shaun entertained viewers earlier by breaking out into an impromptu song.

He flexed his vocal chords to a rendition of Wouldn't it be Loverly by Julie Andrews. 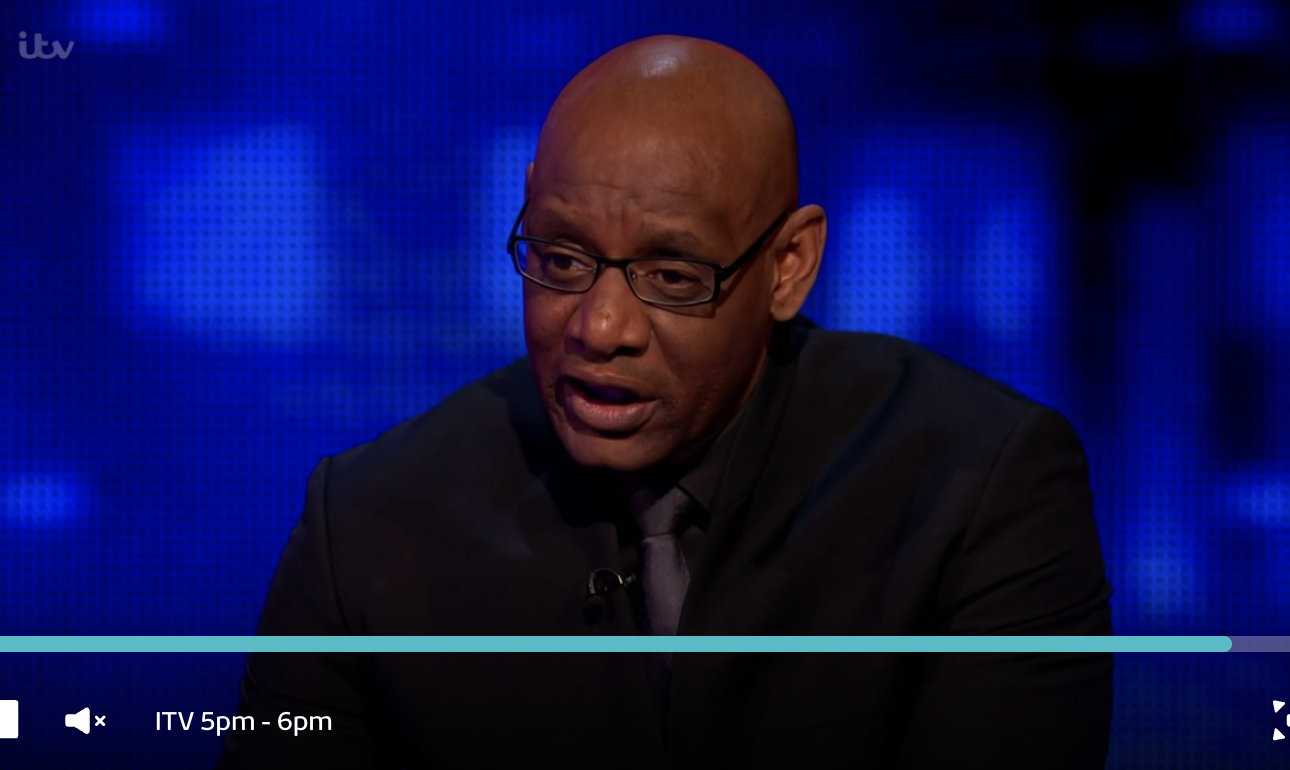 Shaun's rendition had fans in fits of laughter.

Not everyone was impressed.

Host Bradley Walsh teased: "Those of you waiting for Shaun Wallace The Musical shouldn't hold your breath."