ABC’s The Bachelor and Fox’s 9-1-1 seem to be getting comfortable at the top when it comes to Monday ratings and viewership. The Bachelor rose finished No. 1 in the demo in primetime last night, holding steady at a 1.3 in the adults 18-49 demographic and 5.23 million viewers.

After taking a short break, The Good Doctor (0.6, 4.21M) returned with a fresh episode following Bachelor, dipping a tenth. With the duo, ABC finished No. 1 in the demo. 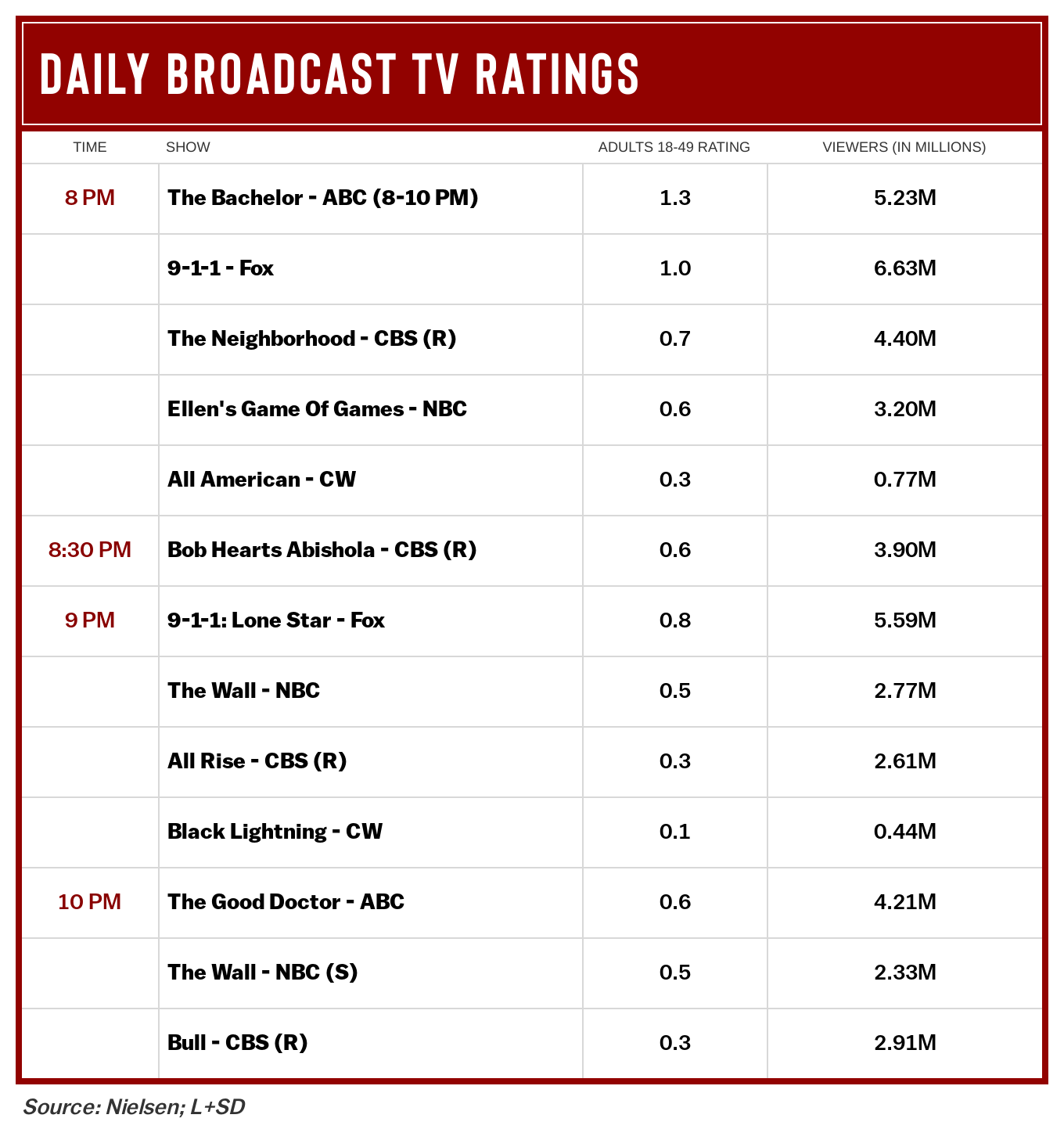 A Place in the Sun: Laura Hamilton vents fury as buyer refuses to buy home ‘Not been easy’

Mike Richards Out as ‘Jeopardy!’ Host Amid Cascade of Scandals

‘Boy Meets World’: Trina McGee Opens Up About Why Angela Was Missing From Series Finale Episode