CBS and NBC reigned supreme Wednesday in primetime as Survivor and Chicago Fire led the charge.

Survivor returned to CBS to take the top ratings spot, earning a 1.0 in the 18-49 demographic and 5.41 million viewers, per Nielsen fast affiliates. The competition series jumped by two tenths in the demo rating and was steady in viewers from last week’s episode. In the same hour, Fox’s The Masked Singer (0.9, 4.22M), which topped last week’s demo, also was stable. Survivor also bested Chicago Med, The Goldbergs and DC’s Legends of Tomorrow in the 8 p.m. hour.

Also in the 9 p.m. hour was Fox’s Alter Ego (0.4, 2.15M), which struggled to bring in the demo and viewership of The Masked Singer ahead of it. The newbie singing competition reached its lowest viewership after a steady decline from its premiere in September (0.6, 2.85M). Also facing the same trend is ABC’s The Wonder Years, which has dropped decently from last week (0.5, 2.63M). The reboot fell one tenth in demo rating and 23% in viewers from the previous installment.

ABC’s highest-rated and most-watched program of the evening was The Goldbergs (0.5, 2.82M), down from last week. The CW’s Wednesday evening peaked with Legends of Tomorrow (0.1, 540,000). Batwoman (0.1, 490K) also returned, amid controversy from former star Ruby Rose. 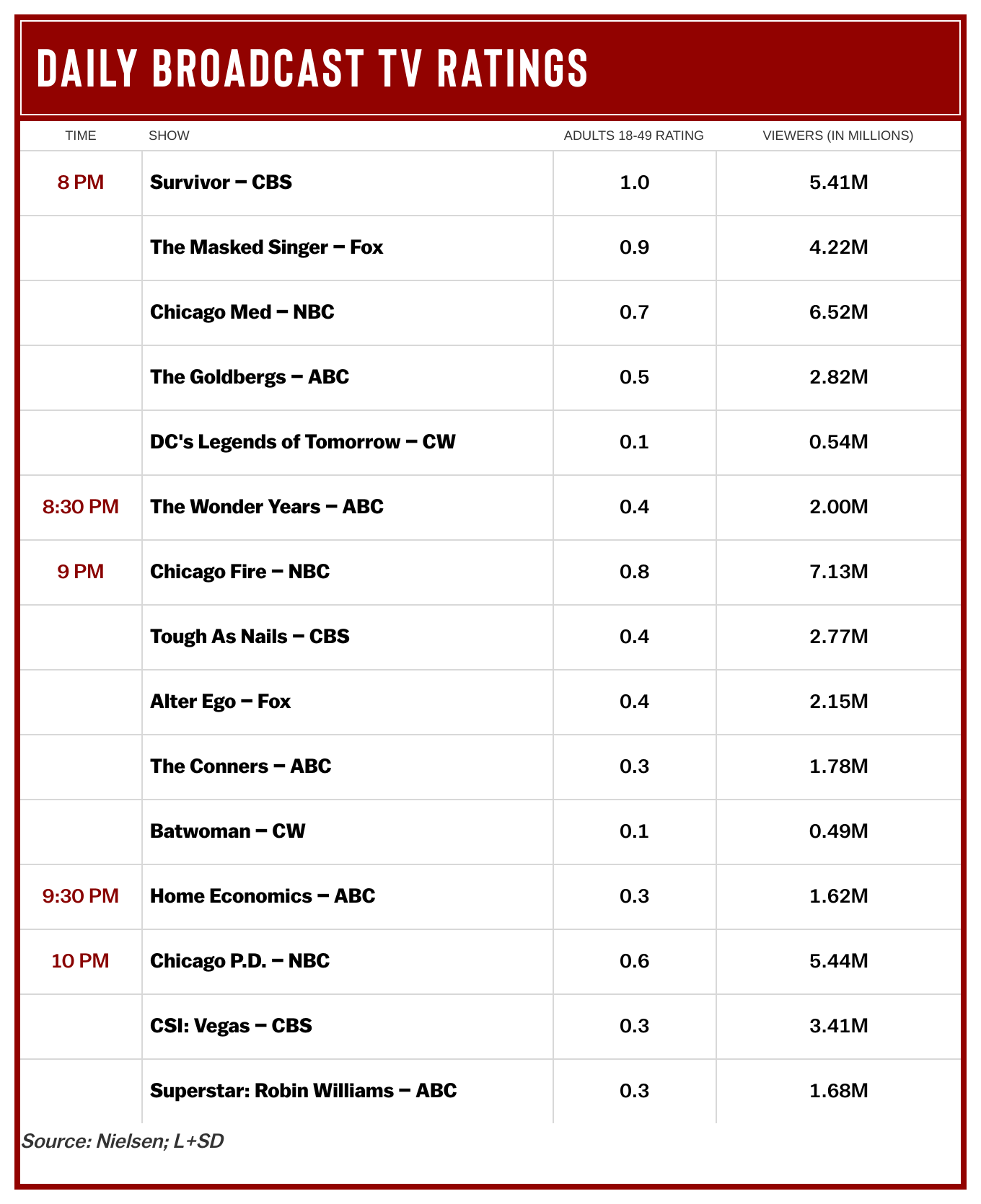 William Link, 'Columbo' and 'Murder, She Wrote' Co-Creator, Dies at 87