We are only on day 11, and there are five people on the Edge of Extinction Island. This week on Survivor, there was yet another blindside, and fans are freaking out. Last week Ethan Zohn was sent home, and fans were outraged. In episode 4, things only got worse. Fans cannot handle what just happened. 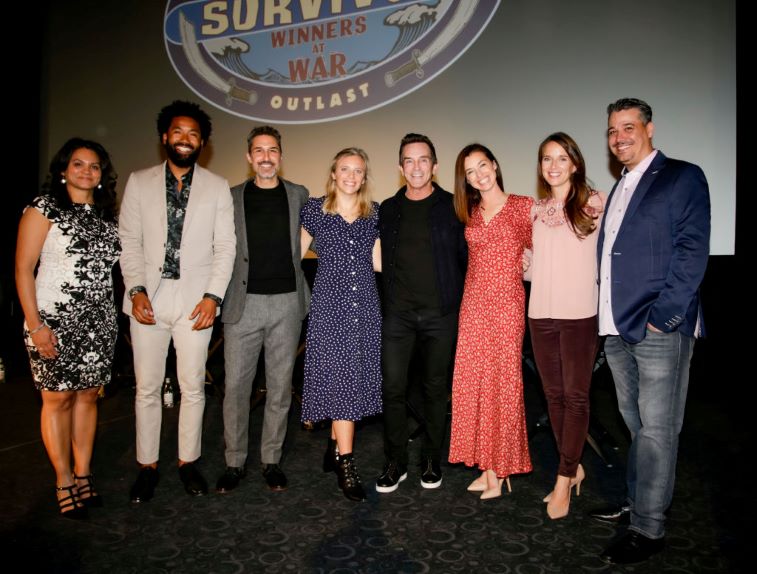 What happened on ‘Survivor 40: Winners at War’ Episode 4?

“All of a sudden, Adam is one of the hardest working people on the island.” Jeremy tells the confessional. “He’s acting like one of my children.”

After almost being sent home last week, Adam knows he is on the outs. He is gathering firewood and asking everyone if they need their water filled. He is terrified that he’s going home. Rob throws him under the bus, though, and tells Jeremy that Adam keeps talking to him. If Sele went to tribal council, it looks like Adam might have gone home.

However, it didn’t have to come to blows for the Sele tribe. Dakal took an early lead in the immunity challenge. They grabbed all three keys quickly and got a start on the puzzle. For Sele, the challenge didn’t come so quickly. Adam went for the keys over and over again until he finally grabbed all three. Boston Rob Mariano came through on the puzzle with Michele Fitzgerald.

“This has become one of the biggest blowouts ever,” Jeff Probst says of Dakal right before Sele gets all three keys. “Sele is quickly catching up one piece at a time. This is one of the biggest comebacks in the history of Survivor.”

Who was sent to the Edge of Extinction on ‘Survivor 40: Winners at War’ Episode 4?

Back at camp, Tyson suggests that the tribe vote out Nick Wilson from Survivor: David vs. Goliath. Everyone agrees that they are on board with voting out Nick since he did lose the challenge for the tribe.

“I feel responsible for the loss. I feel like that’s the reason we are here tonight,” Nick says at tribal council.

Up to this point, viewers are confident that the fan-favorites are safe. However, in true Survivor fashion, there is a blindside that no one saw coming.

The Tribe has Spoken 🔥 #Survivor

“We’re all exactly on the same page, and that makes us on different pages may be,” Tyson says right before the vote.

Then, the unthinkable happens. Tyson Apostal is the fifth person sent to the Edge of Extinction Island.

Fans know who was behind Tyson’s blindside in episode 4 of ‘Survivor: Winners at War’

Fans are heartbroken after the tribal council that blindsided Tyson; however, they know who was behind it.

“Two favorites gone in back to back weeks; this season is breaking hearts,” one fan wrote on Reddit.

There was not a whole lot of backstory given in the episode to let viewers know who was behind the vote, but fans have their opinions.

“I’m gonna guess Sandra was probably behind this,” one Redditor believes. “Is there anything this woman can’t do?”

Fans believe that Sandra orchestrated the blindside in episode 4. We will have to wait to find out until episode 5, next week on Survivor.

Read more: ‘Survivor 40: Winners at War’: Why Does Jeff Probst Keep Inviting Boston Rob Back to Compete Again and Again?