The moment an earthquake hit Melbourne on Wednesday morning has been captured on camera following a broadcast of ABC News Breakfast, leaving the presenters stunned and floor staff shaken.

The Australian city was rattled by a rare 5.9 magnitude earthquake which struck around 9.15am near the small town of Mansfield, 124 miles northeast of Melbourne, and is one of the largest on record.

ABC journalists Michael Rowland and Tony Armstrong were in the studio hosting the morning programme right before the quake hit, with cameras still rolling as the TV set began to shake.

Stopping mid-sentence, Rowland looked concerned as he made sense of the situation.

As floor staff asked whether it was an earthquake they were experiencing, someone behind the camera could be heard exclaiming ‘holy sh*t’ and describing the shaking a ‘f****ng scary’.

Rowland asked: ‘Is it an earthquake or a structural thing?’ as he and Armstrong remained behind the studio desk assessing the situation. 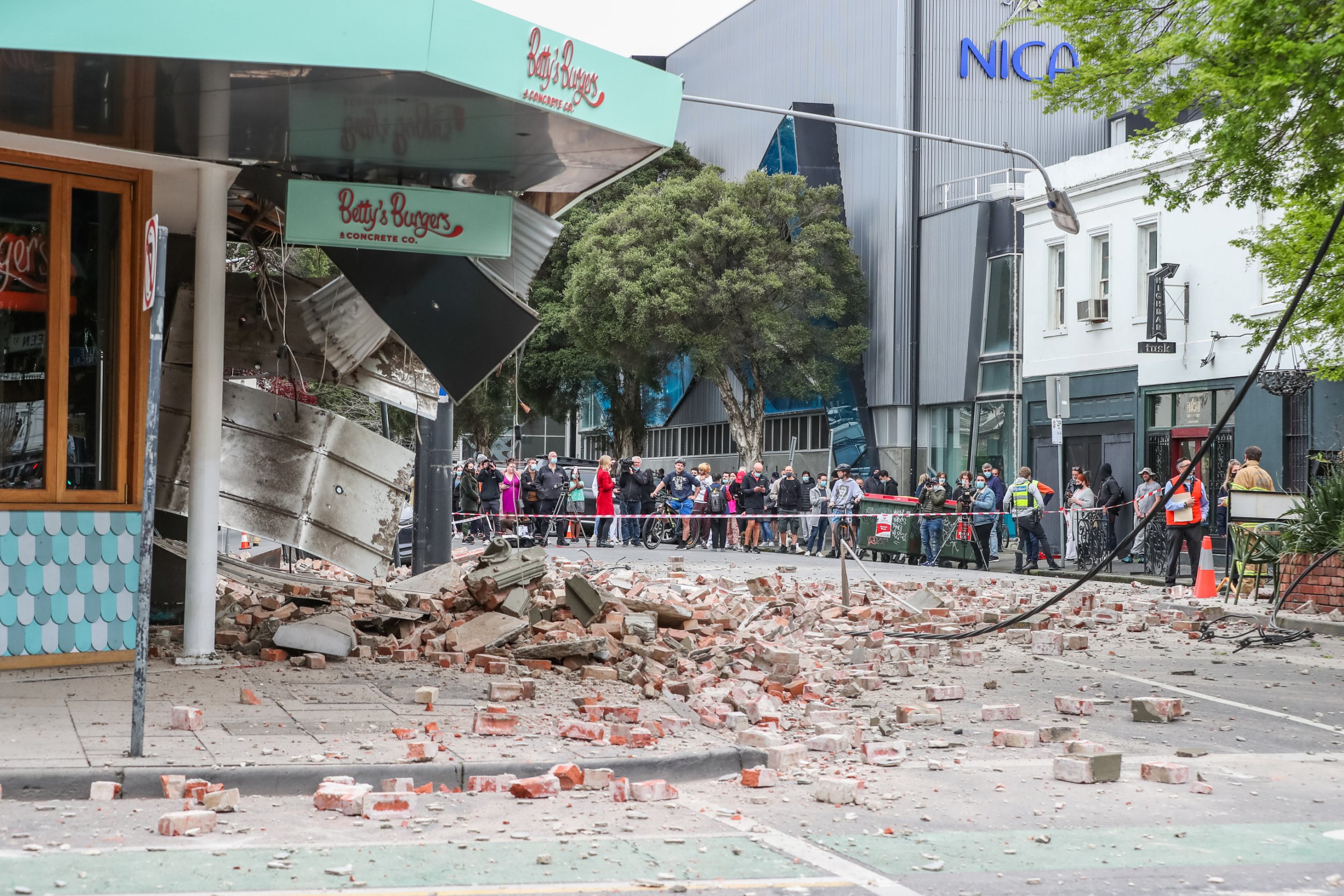 As people said they weren’t sure Rowland clearly wasn’t hanging around to find out, as he stood up, grabbed his phone and said: ‘Let’s go…that was a big one.’

The presenters waited for the word to move, however a cool Armstrong, who hadn’t moved, remarked: ‘That’s…that’s still tremorring’ as a staffer said he could see the flats still moving as the aftershocks of the quake remained long after the initial shake.

Following the quake, viewers pointed out the different reactions from Rowland and Armstrong, with one arguably remaining cooler than the other, with newsreader David Sharaz writing on Twitter: ‘When facing a crisis are you a @mjrowland68 or a @Tonaaayy_? I like to think I’m a Tony but I’m probably a Michael.’

Sharing the joke, Rowland replied: ‘I’d like to think I was a Tony. I mean, who doesn’t?

The tremor was followed by six aftershocks measuring between 2.4 and 4.1 and Andrew Crisp, Victoria’s emergency management commissioner, said further tremors could rumble for some time to come.

He told a press conference: ‘We will likely see more aftershocks for weeks or even months.

‘They say it’s unlikely we will see anything that will equal or exceed what we saw this morning, but there is a chance of significant aftershocks impacting Victoria.’

Tim Mcdonagh, the managing director of Betty’s Burgers in the damaged building, described it as a ‘catastrophe’, adding that it was lucky no staff were in at the time with the city currently in lockdown due to the pandemic.

The main quake was felt 500 miles west in Adelaide and 600 miles to the north in Sydney, but the damage was limited to Melbourne.

Prime Minister Scott Morrison told reporters in Washington: ‘We have had no reports of serious injuries, or worse, and that is very good news, and we hope that good news will continue.

‘It can be a very disturbing event, an earthquake of this nature. They are very rare events in Australia and as a result, I am sure people would have been quite distressed and disturbed.’

No tsunami threat was issued to the Australian mainland, islands or territories, the country’s Bureau of Meteorology said in a statement.

The quake presented a potential disruption for anti-lockdown protests expected in Melbourne on Wednesday, which would be the third day of unrest that has reached increasing levels of violence and police response.