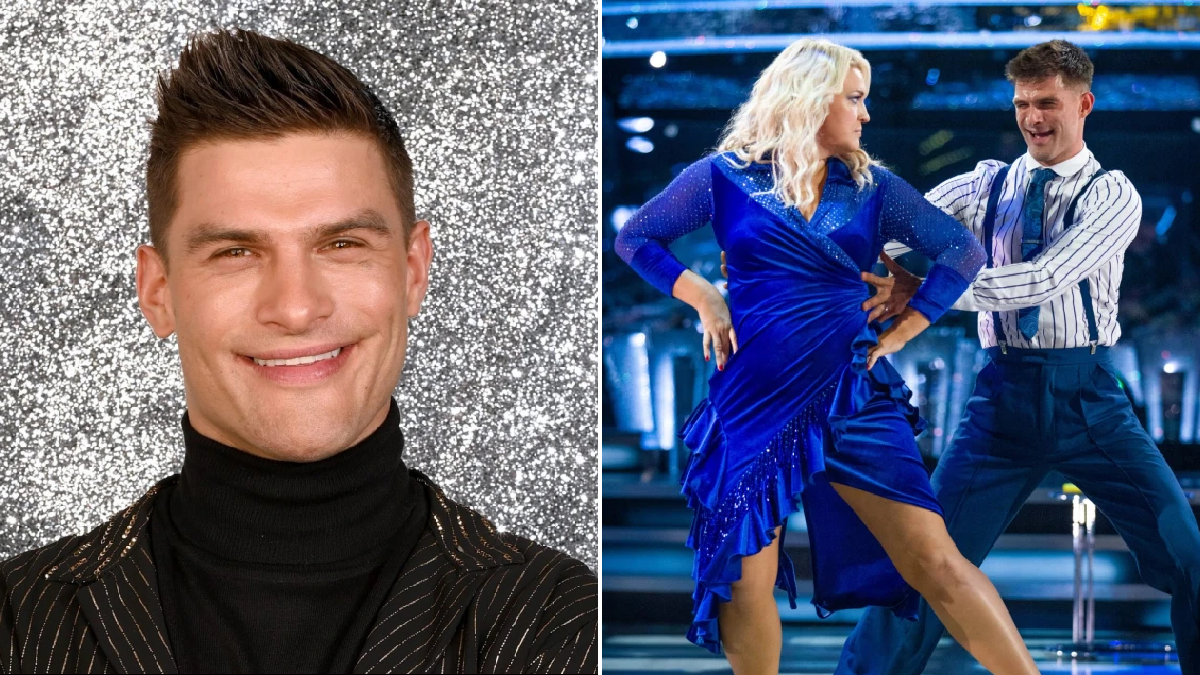 Aljaz Skorjanec’s rep has denied claims that the former Strictly Come Dancing professional verbally lashed out and upset members of the crew before announcing his exit from the show.

The Slovenian dancer and choreographer, 32, confirmed on Monday that he is leaving the flagship programme after nine years.

However, it had since been claimed that ‘not many people will miss him’ following reports of behind-the-scenes drama.

A representative for Aljaz has firmly denied the allegations, telling Metro.co.uk: ‘Aljaz has the utmost respect for everyone working on the show and it is untrue to say he acted in an aggressive manner at any time.’

The statement comes after it was reported in The Sun that ‘incidents with Aljaz on the last series of Strictly left some of the crew really upset’.

Metro.co.uk understands that in the nine years Aljaz was on Strictly, there were no official complaints made about his behaviour.

Aljaz won the show in his debut year, 2013, alongside model Abbey Clancy.

He is married to fellow dancer Janette Manrara and his departure comes less than a year after she stepped down from the show to become the co-host of spin-off It Takes Two.

Alongside a series of photos from his time on Strictly, Aljaz said: ‘A little while ago I made the tough decision that Strictly 2021 would be my last.

‘The show has given me an opportunity and freedom to create and express myself in front of millions of people every weekend for the last nine years.

‘The love and support I got from the team of producers was second to none.

‘Louise Rainbow, Sarah James, Kim Winston, Jack Gledhill are just a few of the unsung heroes behind the success of the show – I am forever grateful to them!’

Aljaz said ‘being a part of a group of professionals that inspire and push you to be better every step of the way is humbling and I will carry that inspiration with me forever’.

He added: ‘Every year the line-up of dancers would change but one thing stayed the same, WE WERE THE BEST! And this is one thing that I know will never change on Strictly!’

Ending his post, Aljaz penned: ‘I have lots of exciting stuff planned that I will fill you in on soon. I can’t wait to see what the future holds!’

Strictly executive producer Sarah James said: ‘We are so sad to be saying goodbye to Aljaz after almost a decade as a professional dancer on Strictly Come Dancing.

‘Since lifting the glitterball with Abbey Clancy in his debut series he has become a firm favourite with viewers across the country.

‘During his nine series he has provided us with some unforgettable moments on the show through his incredible choreography, passion for dance and heart of gold.

‘He will be missed by his Strictly family, both on and off the dancefloor, and we wish him only the very best as he embarks on his next chapter.’

Peter Andre threatens to remove daughter Millie, 6, from school after clashing with wife Emily over sending her back – The Sun