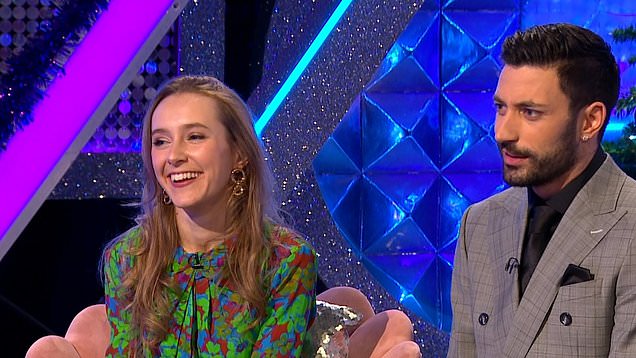 Strictly Come Dancing’s 2021 final has been hit with another mishap as Giovanni Pernice got his foot ‘crushed’ in a closing door.

The professional dancer, 31, reportedly had a door closed on his foot as he headed to It Takes Two on Thursday night.

Giovanni was seen holding open the door with his foot in footage obtained by MailOnline, before someone tried to close it, trapping him.

Three men were seen leaving the door, outside of which Giovanni and his partner Rose Ayling-Ellis were talking to fans, as he reached his foot back to stop it shutting and told them: ‘Keep it, keep it, keep it.’

However, the last man attempted to close the door regardless, crushing Giovanni’s foot in the process, with fans saying he exclaimed: ‘That’s my foot!’

Thankfully he was able to remove it at the last second according to eyewitnesses, with Rose asking: ‘So, we’re not going in then?’

Giovanni told her: ‘I was holding the door with my foot,’ as he explained what had happened, before a fan commented: ‘You nearly had a broken leg then!’

Thankfully it appears that Giovanni escaped injury ahead of Saturday’s final, with him and Rose set to take on John Whaite and Johannes Radebe.

Third finalist AJ Odudu was forced to pull out before the final after suffering an injury to her foot which meant she was no longer able to compete with professional partner Kai Widdrington.

The BBC said in a statement: ‘Sadly due to injury AJ and Kai have had to withdraw from #Strictly and won’t compete in tomorrow’s final.

‘We want to thank them for 13 incredible weeks on the show and the pure joy they brought to the dance floor every week.’

AJ had explained in a press conference attended by metro.co.uk ahead of the final: ‘So basically, long story short, I’ve hurt the ligament in my arch, and I can’t put any weight on my foot at all.

‘So, we have missed a lot of training, because I can’t stand up. I’m on crutches and I’m doing everything I can to try and be there on Saturday night.’

The Strictly Come Dancing final airs on Saturday at 7pm on BBC One.