Strictly Come Dancing 2019 is in full swing and, as the competition hots up for week five’s performances, things are getting serious. Last night’s edition of Strictly: It Takes Two saw Gethin Jones interviewing members of the team to get their thoughts on this weekend’s upcoming routines. But he was caught off guard by Saffron Barker’s rehearsal announcement.

Whilst speaking to Saffron and her on-stage rivals Will Bayley and Karim Zeroual, she confessed Will had made her cry earlier this week.

Gethin asked the trio to give each other some advice for their upcoming performances.

Saffron instantly jumped in to tell Will: “My advice is just embrace every moment. 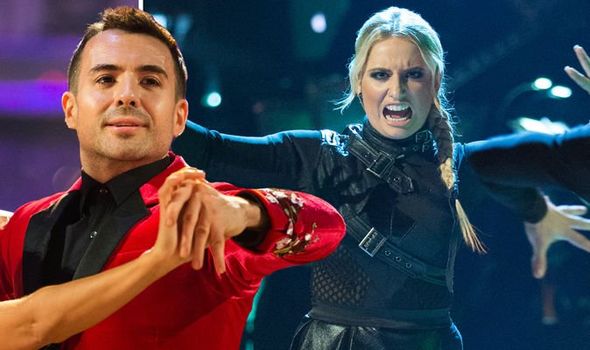 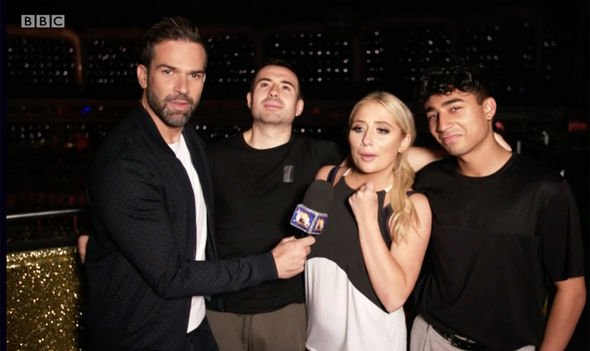 Looking at Gethin, Saffron went on to add: “I feel like you’ve got it, though.

“He made me cry in the rehearsal! Like, honestly, I could see all the emotion – I had goosebumps actually.

“So honestly I think you’ve nailed it.”

Unfortunately for Saffron, Will wasn’t able to give her any such advice or well-wishes. 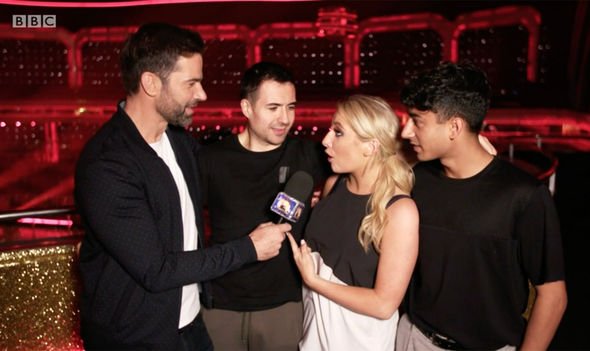 This week is performing the Foxtrot, which Will has already danced.

On the dance style, he whined: “Foxtrot is so hard, isn’t it?

“I really struggled. I can’t give any advice, it is tough.”

Luckily for Will, he is not in the crosshairs this week.

This was a particular shock as he had been topping the leaderboards until then.

Former footballer David James was the favourite to be eliminated, after he survived in the dance-off against Anneka Rice.

This week, the odds are stacked against David, and he may be looking at his final performance on the show.

The odds on the star being sent home this week are currently sitting at 6/5.

Coral spokesperson Karry Aitkenhead commented on his odds, saying: “He has escaped the dance-off twice already and despite not being in the bottom two at all last week we still think David’s in trouble.”

“He’s longer odds to depart this week than he was last but does remain the favourite once again and his number might well be up this time around.”

Strictly Come Dancing continues tonight at 6.40pm on BBC One.

Love Island 2019: Lie detector could be AXED from the show this year after tragic deaths of former contestants

Book reveals how half a billion people live close to volcanoes
We and our partners use cookies on this site to improve our service, perform analytics, personalize advertising, measure advertising performance, and remember website preferences.Ok