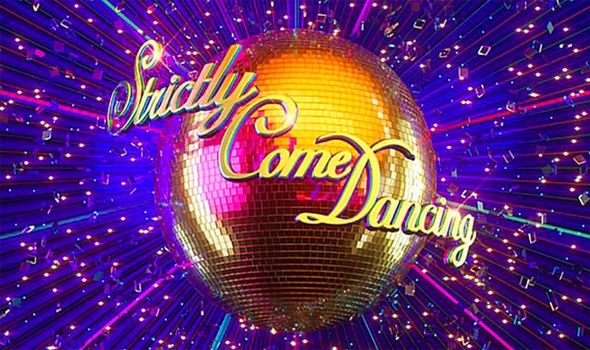 TV presenter Dan Walker says he is taking part in Strictly Come Dancing to make his children happy and to do something “fun and joyful” after the “death, misery, heartache” of the past 18 months.

The BBC Breakfast host will find out which professional dancer he has been paired with when the 19th series starts on BBC1 this Saturday. When asked why he had signed up, Dan, 44, said: “I’m taking part for a couple of reasons.

“Most importantly, my kids. They never asked me to do any specific shows other than Saturday Mash-Up! and Strictly.

“So, I did Saturday Mash-Up! and then they said if you get asked to do Strictly, please say yes. So I said yes.”

He added: “The other reason is because I work in news, the last 18 months has seen so much death, misery, heartache, and a lot of people have had the worst 18 months of their lives. I just thought that you don’t get many opportunities to do stuff that is just fun and joyful.”

The former Football Focus presenter has three children, Susanna, Chuck and Jessica, with wife Sarah. He admitted: “My wife said, ‘Have they seen you dance?’

“And my kids asked me not to dance with my mouth open but they’re really excited. My 14-year-old, Susie, has been teaching me a few things as she does dance lessons, and her sister does ballet and tap.”

As he is 6ft 6in Dan is hoping for a dance partner who has “patience and height”. He also wants to shed the work tie, saying: “There aren’t many occasions in life where you get to wear white trousers.”

He added: “I’m competitive but I haven’t reserved a spot for the Glitterball trophy.

“My idea is that I want to go home on a Saturday night, see the kids and hear ‘Dad, that was good!’ That would be great.”

He will be joined by two more dads trying to impress their children.

Father-of-three Tom Fletcher, 36, the founding member of pop band McFly, said he had wanted to do Strictly since watching his bandmate Harry Judd win in 2011.

He added: “Then this year, my son Buzz was the deciding factor for me. He has really got into the show over the last couple of years, he especially loved Chris Ramsey and Jamie Laing. Staying up on a Saturday night for it has become our thing and he’s at an age where that’s really exciting for him. So when the call came through, he was at the forefront of my mind.”

The 38-year-old, now a TV pundit and presenter, said: “I had both of my girls, Phoenix and Ruby, after I retired and I would have loved them to watch me play rugby but both of them, especially my eldest Phoenix, loves dance and she does ballet every week.

“She’s obsessed by it and now she’s of an age where she can watch the show over a weekend and watch her daddy on TV.

“So I’m really excited about that. It just felt like all the stars were aligned.”

Actor and producer Greg Wise, 55, who met his wife Emma Thompson on the set of the 1995 film Sense And Sensibility, says he is doing the show for his sister Clare, who died from cancer in 2016. The fatherof-two said: “My lovely sis was a disco diva queen goddess on the dance floor, and she died almost exactly five years to the day to when I’m going to start work on this, so she’s prodding me hugely.

“She left this world in a glitterball coffin and my life will be all glitterballs for the next few months, so it seems really appropriate for her.”

EastEnders star Rose Ayling-Ellis, 26, who is deaf, said: “I feel like it’s so important to be on the show. I want to break down the stereotype that deaf people can’t dance and can’t enjoy music.”

Katie McGlynn, 28, has just started in Hollyoaks and injured a toe in training last week, said: “Secretly, I’ve always wanted to be a dancer.

“I’ve always admired dancers but I’ve just never had the time to get into it. I fell in love with acting when I was younger and that’s the road that I took, so I’m now living out a childhood dream.”

Who’s who this year…

TILLY RAMSAY – 19, Star of Matilda And The Ramsay Bunch alongside her famous father Gordon

NINA WADIA – 52, Actress and comic starred in Goodness Gracious Me and Open All Hours

KATIE McGLYNN – 28, Soap star has been in Waterloo Road, Coronation Street and Hollyoaks

SARA DAVIES – 37, Dragon’s Den judge who made her fortune as founder of Crafter’s Companion

TOM FLETCHER – 36, Pop star with McFly who has reinvented himself as a children’s author

UGO MONYE – 38, Rugby pundit who played for England 14 times and twice for the Lions

Well, That's Weird: 2020 Is The First Year Without A New Marvel Movie In Over A Decade