Stranger Things viewers have undoubtedly heard how the Netflix hero Jim Hopper (played by David Harbour) is making a triumphant return in the fourth season of the show. While season three left viewers with a horrific cliffhanger which saw Hopper being killed off, things changed when the trailer for season four arrived. Now, with Hopper’s return on the cards, viewers have been theorising what is due to happen in upcoming episodes.

Thankfully Harbour has now spoken out directly on what is going to happen in the new season with Hopper, and how his story is going to be changed forever.

Viewers know how Hopper has led a difficult life and seen much hardship over the years.

However, fans have not heard about all of the instances of strife he has dealt with – namely, fighting in the Vietnam war, or indeed anything about his family.

Now, speaking at Liverpool Comic-Con, Harbour has dropped some huge tidbits about his story arcs in the season to come. 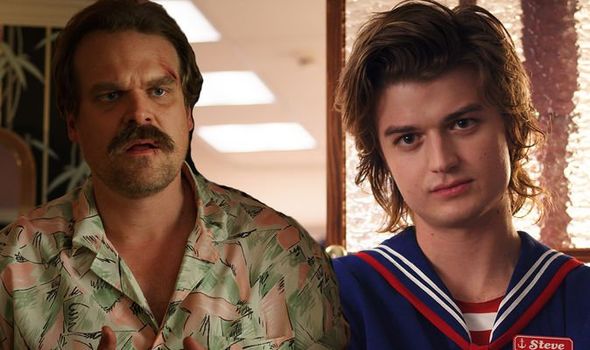 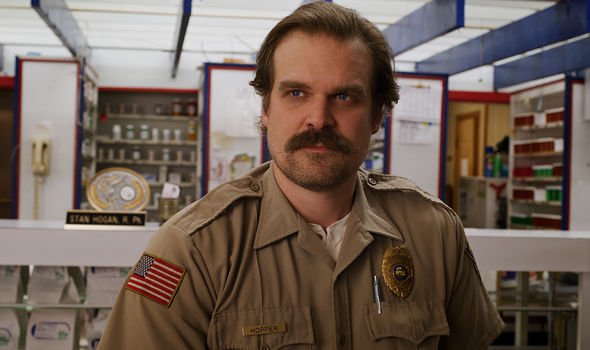 “So there are these three things that we’ve established in the season that if we don’t pay off, it means that they’re bad writers. And the Duffer brothers are very good writers.”

Going on to speak specifically about season four, Harbour announced: “So I know specifically that in season four we will give you a big, huge reveal about Hopper’s backstory.

“I’m really excited for you guys to know more about that, and it relates, of course, to things he’s doing with Eleven and Joyce and things like that.” 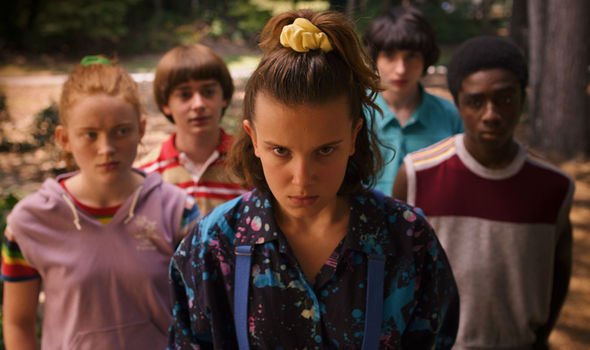 This statement may have been a confirmation of Hopper’s reunion with both Eleven (Millie Bobby Brown) and Joyce Byers (Winona Ryder) – but there was certainly more to come from the actor.

He continued: “It’s one of the things that I’ve known since the first frame of the first shot, and we haven’t expressed it yet.

“And finally, we’re gonna express it in a big way. It’s my favourite thing about him that you guys don’t know about him yet.

“But it has to do with these backstories of New York, Vietnam, and dad.”

With so much being packed into season four, are viewers going to be satisfied with what is being brought to screens in the new episodes?

Speaking to Total Film, the Stranger Things star announced could give too much information about the new episodes, but he was certainly eager to discuss it.

Providing some excitement for the show, he explained: “Oh man, it’s pretty amazing.

“The Duffer brothers have really done it again. I think that this year – and I know I say this every single year – but this is definitely going to be a lot scarier than prior years.”

Musing over the previous three seasons the star added: “Because last year was pretty dark.”

Fans will of course be eager to find out how dark the show can get after three seasons on screen.

'Inventing Anna,' 'Fyre' Festival and 'The Dropout' All Culminated in the Same 'Summer of Scams'