Season three of Stranger Things saw Eleven (played by Millie Bobby Brown) and her friends finally defeat the Mind Flayer. However Netflix fans were saddened to say goodbye to one of their favourite characters as Jim Hopper (David Harbour) was “killed” during the group’s attempt to get rid of the latest supernatural monster.

In the season three finale, Hopper seemed to die while helping to fight the Mind Flayer.

While Eleven and her friends fought off the creature in the Starcourt Mall, Hopper was trying to close the rift between the world and the Upside Down.

Hopper was successful in his mission but lost his life trying to protect Eleven and her friends.

Viewers watched him close the wormhole between the two dimensions but a massive explosion appeared to kill him. 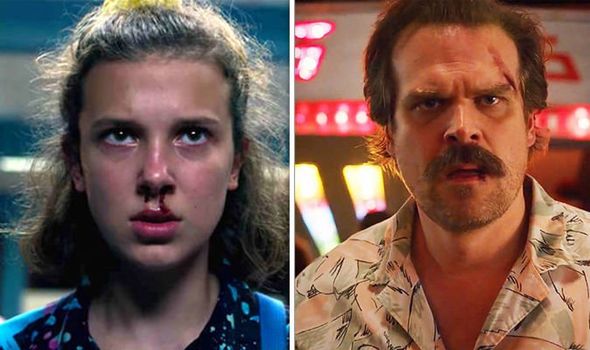 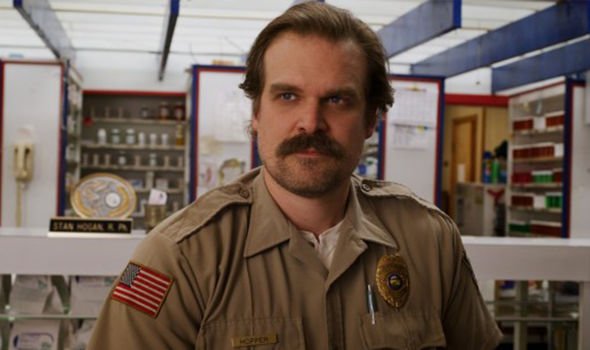 Despite season three’s dramatic conclusion, the show did not top the poll of the most-streamed shows of 2019.

Instead, Netflix hit Lucifer took the top spot according to Forbes (via TV Time) who carried out the poll.

Lucifer beat Stranger Things and 13 Reasons Why to be named the most-streamed show of 2019.

The poll also reveals Netflix is still the streaming service to beat as their shows occupied 19 out of the 20 spots on the list. 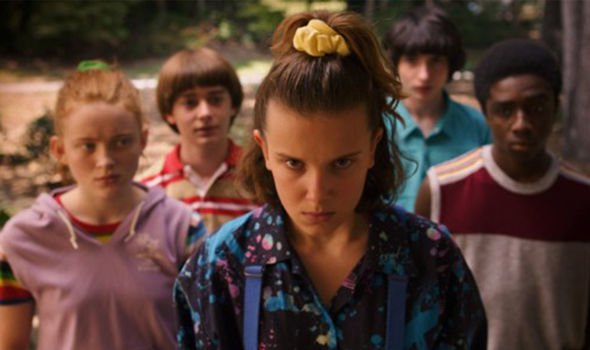 The only other service to make the list was Hula thanks to The Handmaid’s Tale.

Meanwhile, fans have speculated Hopper is in fact alive and will be able to return in future seasons.

Stranger Things gave fans a glimmer of hope during the end credits scene which introduces a mystery character that fans have speculated is Hopper.

The scene was set in a prison in USSR at the military base in Kamchatka, Russia.

Two prison guards were tasked with taking one figure from their cell but as one of the doors were opened by one guard, the other guard said: “No, no the American.”

This scene has led many fans to speculate on Reddit the identity of the American could be Hopper.

Reddit user couchtimes posted: “I was on the verge of tears the entire scene of Eleven reading the note but when the post credits scene came up and they said “The American” I regained some hope!

“I think our boy Hopper is still kicking just in a whole heap of trouble.”

While another user called rjsheine said: “I’m glad they did it like that so it wouldn’t seem like plot armor. I was so upset Hopper died that it showed how much I really want him alive.”

A third person called miyamaniac explained: “This is hardly a conspiracy theory, they spoiled him being alive in the post cred scene by calling him the American.

“They should’ve left it out to leave us wondering, or they should’ve simply said “not that one” when one of the soldiers reached out for the door where they keep Hop prisoner. It would still be a dead giveaway, but less so than now.

“Unless it’s a completely new character, which is unlikely, it’s impossible to be anyone other than Hop. That’s just basic storytelling rules lol.”

Stranger Things season 3 is available to watch on Netflix now

Who’s in the Unorthodox cast? All the stars in the Netflix series – The Sun