One of the fun things about being a fan of a franchise like Star Trek, which has been around for 55 years, is that sometimes, your favorite characters from the past make unexpected reappearances. We’ve seen Spock (Leonard Nimoy and Ethan Peck), Pike (Jeffrey Hunter, Sean Kenney, and Anson Mount), and Number One (Majel Barrett and Rebecca Romijn) show up in Discovery, for example.

Data (Brent Spiner), Troi (Marina Sirtis), and Riker (Jonathan Frakes) have shown up in Picard, and Q (John de Lancie), Guinan (Whoopi Goldberg),  and the Borg Queen (Alice Krige and Annie Wersching) are expected to appear in its second season. And Riker, Tom Paris (Robert Duncan McNeill), and others have popped up in Lower Decks. Of course, a number of others have and will be appearing, as well. And that’s in addition to the crew in the J.J. Abrams Star Trek films. What other characters do we hope will make reappearances? 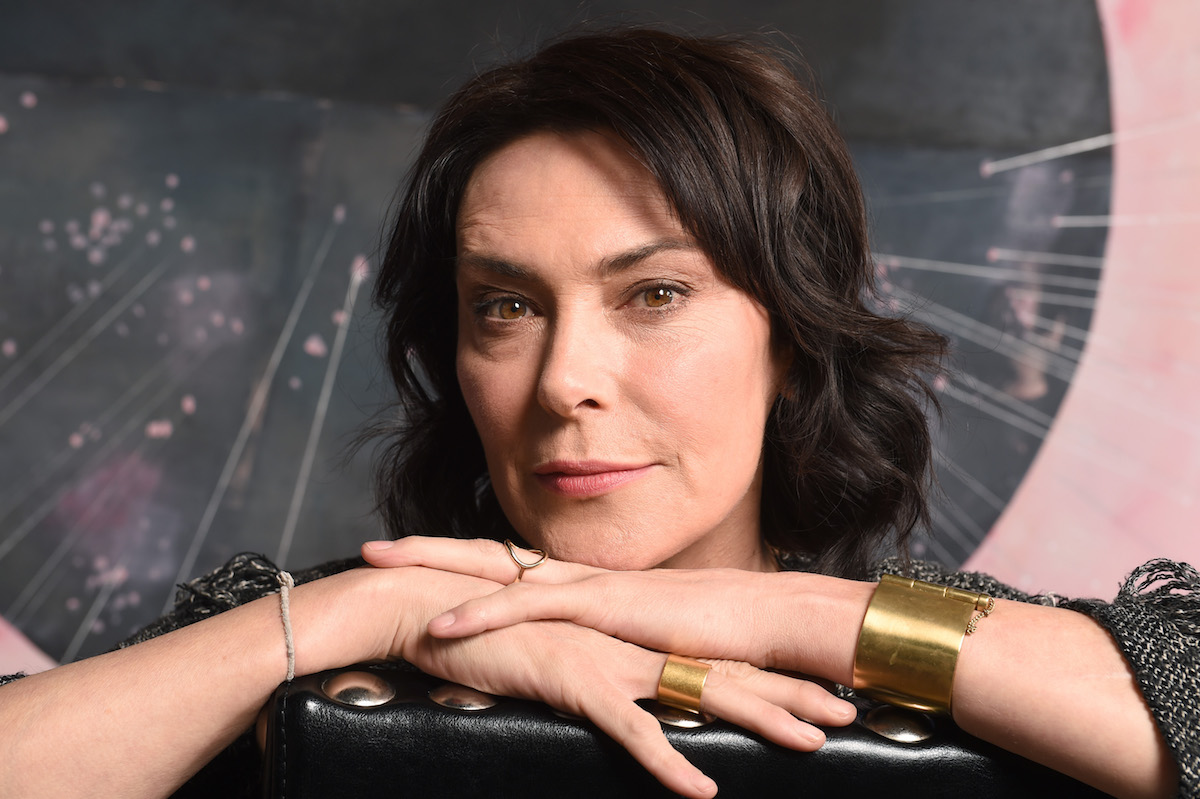 Ro Laren (Michelle Forbes) is a Bajoran who first appears in the episode ‘Ensign Ro.’ She’s not a typical officer in that she’s not overly concerned with following Starfleet’s rules. When we first meet her, she has the reputation of having betrayed her crewmates, and it’s made to feel particularly welcome aboard the Enterprise.

The Bajornas, of course, have been occupied and oppressed by the Cardassians, and she is someone who has consistently stood up for the rights of her people. She’s brimming with righteous anger and it’s wonderful to see. Women characters still don’t often have the opportunity to express their justified rage the way she does, and we’d love to see more of it.

Also, she ultimately leaves Starfleet to join the rebel group the Maquis, and it would be amazing to learn about what she got up to with them.

Ezri (Nicole de Boer) is a Trill who’s given the Dax symbiont after Dukat (Marc Alaimo) unceremoniously kills Jadzia Dax (Terry Ferrell). She’s not expecting to take on a symbiont and she isn’t prepared psychologically for the effect its memories and experiences will have on her.

We see her struggling to integrate the symbiont into her own identity. Interestingly, she is herself a therapist, so questions of mental and emotional health are something she’s used to addressing with other people. But of course, it’s a different question when it’s her own challenges.

The series introduces Ezri in its final season, and we’d enjoy the opportunity to see more of her story.

Enterprise gave us an intriguing character in T’Pol (Jolene Blalock). She’s a Vulcan science officer serving aboard the very first Enterprise. At this point, humanity is still somewhat dependant on the Vulcans in terms of exploring space. And, as Archer (Scott Bakula) argues, the Vulcans are at times a bit overbearing.

At the beginning of the series, T’Pol holds some of the biases about humans that are typical of Vulcans — humans are rash, overly emotional. But over the course of the series, she grows fond of humans.

She also struggles with her own emotionality. During the series, she struggles at times to maintain control over her emotions. She opens the door slightly to her feelings through her relationship with Trip Tucker (Connor Trinneer), and it would be interesting to see where that journey ultimately takes her.

Does she reach the same conclusions as Spock? In Star Trek VI: The Undiscovered Country, he’s talking to Valeris (Kim Cattrall) and says, “Logic is the beginning of wisdom, Valeris. Not the end.” Given her journey with her emotions, will T’Pol eventually adopt the same beliefs?

Wesley (Wil Wheaton) exits the series when he decides to join the traveler, a being who can alter space-time, phasing out of time and dimension. Just based on that, it would be fun to spend some more time with Wes, hearing about his incredible adventures.

What’s more, we’d love to see Wes have the opportunity to reconnect with Picard (Patrick Stewart). As much as Picard claims not to like children, he is a father figure of sorts to Wes, who very much looks up to him. And he is someone who was good friends with Wes’s late father, Jack.

Picard could have been a very influential mentor for Wes. And he does serve as a role model for him. But Picard never really warms up to that role, probably for the same reason he never allows himself to pursue a relationship with Beverly. He feels like he’s be overstepping, trying to take Jack’s place.

If Wes were to return to Picard, we might have the chance to see the two of them finally talking through all of that emotional baggage.

For that matter, we’d really love to see Beverly herself return to Picard. There’s so much history between Beverly and Jean-Luc, but no one utters a single word about her in the first season. Frankly, the silence is deafening.

If there’s even the tiniest possibility of these two finally, after all these years, getting together, we are 100 percent here for it. Truly, it would be one of the most satisfying moments in Star Trek history and possibly all of television.

But even if that doesn’t happen, it feels like a gross oversight not to at least allow them to have a reunion. And viewers want to know what happened between them during the years following their time together on the Enterprise. It seems like an important part of Picard’s history that shouldn’t be left out.

The Mandalorian Revealed the Plan for the Child, and We Are Not Having It