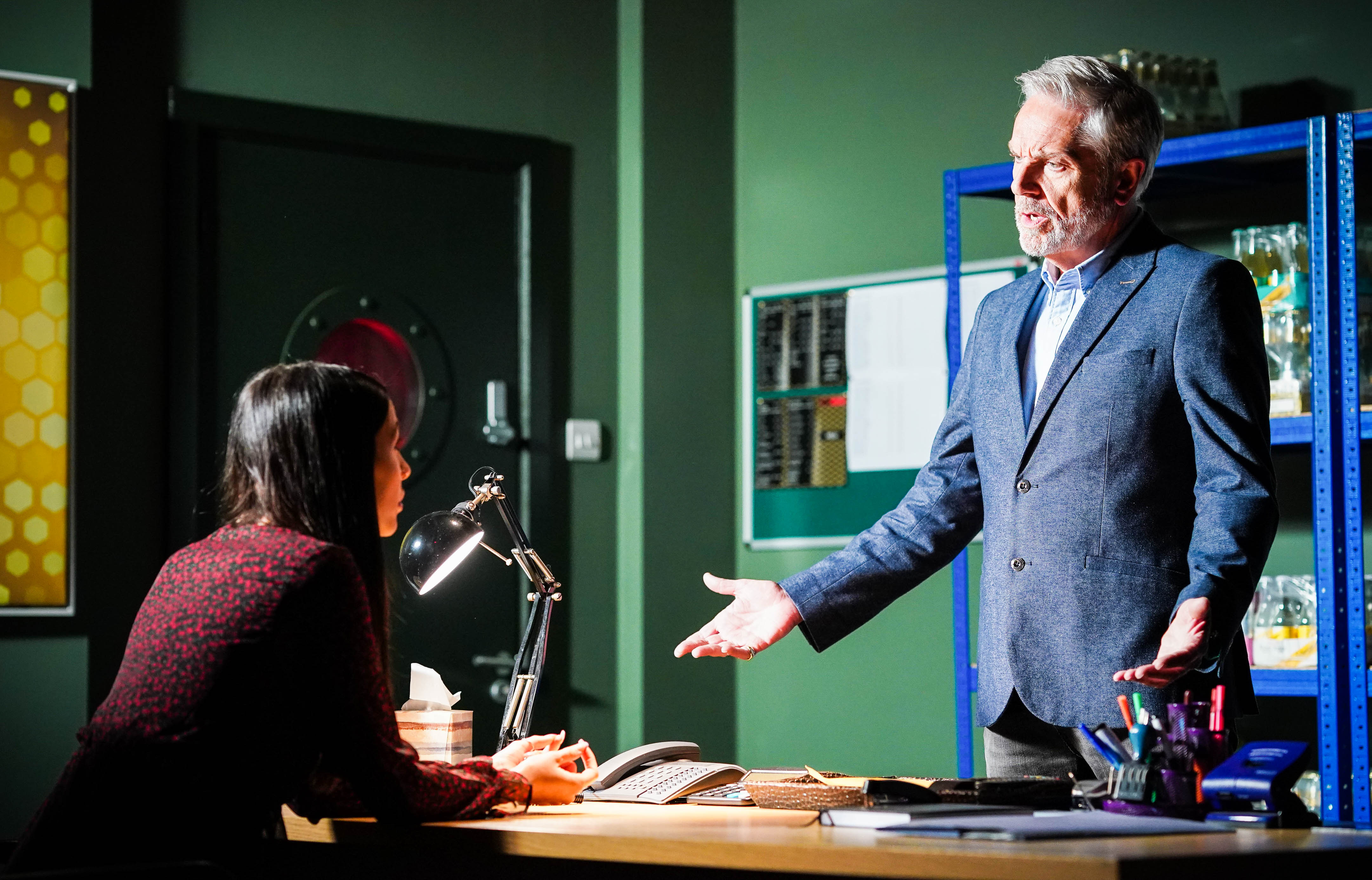 Tom Cotton (Brian Conley) has sometimes found his and Dotty’s (Milly Zero) scheme pretty uncomfortable to be a part of in EastEnders.

When we say Tom, we’re of course talking about Rocky, who arrived in Walford claiming to be Sonia’s (Natalie Cassidy) long-lost father.

Rocky has spent months getting to know Sonia, but the real reason behind his Albert Square arrival has only recently been revealed.

Rocky/Tom is working with Dotty to scam Sonia out of the inheritance Dot (June Brown) gave her.

Dotty’s anger and emotions towards Sonia have meant she’s not really been bothered about destroying Sonia’s happiness over finally finding her father.

Coming up, as the residents do what they can to raise climate change awareness, it appears Peter’s (Dayle Hudson) new stance on vegan products is a hit.

Rocky encourages him to invest in his meat-free business and later, he tells Dotty that Peter is signing over £3k.

Dotty tells him she’s going to need more to help her mother and who walks in on their conversation?

But how much has she heard?

Can Rocky and Dotty cover their tracks to continue their scheme?

Or is it all over?

Madonna, 63, steals the show at MTV VMAs in a skimpy leather outfit